In Praise of Political Apathy

Or how we raised our kids to think for themselves 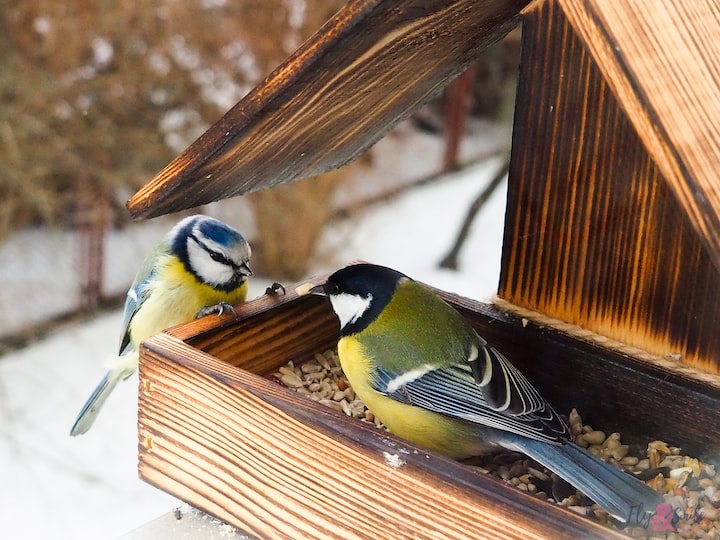 Photo by Lidia Stawinska on Unsplash

My children are both non-voters. They have little to no interest in politics. To them it is a big waste of time. They have more important things to do - like develop careers, enjoy the company of friends, have a good time and just live their lives.

Some, on both the left and the right, would condemn them as apathetic. The leftists have decried political apathy for years. They cry in their beer whenever there is a low voter turnout, which is fairly often. Why can't people care more? Why can't they get involved in public affairs? They feel miffed that not everyone sees politics as important. And some want to institute mandatory voting. Vote, by God, or we'll steal your money (fine you). If you resist that, we'll throw you in a cage. They don't care who you vote for. They just want you to acknowledge that politics is important. Well, it isn't.

In an earlier post, Freedom is a State of Mind, I asked the rhetorical question, "Suppose we had achieved nirvana - a libertarian society - either a severely limited government that did not initiate force against people, or even an anarcho-capitalist society, whatever version of libertarianism turns your particular crank? What would you do? What career would you pursue? If you are a professional or semi-professional libertarian agitator, what would you do in a libertarian world with no enemies to complain about?"

I mentioned libertarianism specifically because my blog is aimed at libertarians and takes a libertarian anarchist view of things. But the rhetorical question can be posed equally to people of whatever political persuasion who get their panties in a knot over the latest bit of news. You, Mr. Socialist? Or you, Mr. Conservative? Or you, Mr. Liberal? If the world matched your political views exactly, what would you have to whine about then? Or is political nirvana, in your opinion, unattainable and the struggle constant and ongoing? Or do you just like bitching and whining?

To the politically apathetic, politics is a fact of life, like the weather. And like the weather, it is something to be tolerated at best, adapted to at worst. The values of the politically apathetic may vary, but they do not include the idea that the law is sacrosanct. Moral values transcend politics. Indeed, philosophically, they are prior to politics.

The politically apathetic don't want to run other people's lives. They just want to be left alone to manage their own.

To the politically apathetic, the mumblings of politicians are an irrelevant waste of time. As my son puts it, they're all the same really. It doesn't matter who you vote for. So he doesn't. As an avid gamer, the only issue he really cares about are the uptight conservatives who want to censor video games. So the only libertarian he is aware of, besides myself and some of my close friends, is Lauren Southern who he views as a hero for opposing the call for video game censorship.

What about me? Am I apathetic too? Sort of. I see many libertarians, whether minarchist or an-cap, fulminating regularly about the latest political goings on. Lately (this was written in 2016) they have been raving because a small portion of Melania Trump's speech at the Republican National Convention was very similar to one given by Michelle Obama. A while ago, there was a hue and cry over the Trudeau family's portrait pictures being paid for by the tax payer. Or that marijuana still hasn't been legalized yet in Canada. Or any of a hundred and one petty things that don't amount to a hill of beans.

And some are avid watchers of political goings on. They watch the Republican National Convention. They watched the primary debates. They'll watch the presidential debates.

You might say I am politically apathetic because I don't give a damn about any of that stuff. Watching politicians talk is boring as hell. Honestly. Why subject yourself to such torture? As for the picayune day to day stuff - so marijuana legalization is coming along a bit slowly. Big hairy deal. Rome wasn't built in a day. Trudeau has some family photos taken at taxpayers expense. Maybe $1000 at most. Come on? So what. Again—big hairy deal. Melania is parroting Michelle? Amusing. But nothing to get in a snit about.

In 1976 when Rene Levesque's separatist Parti Quebecois won the provincial election in Quebec, cartoonist Terry Mosher under his pen name Aislin, created one of the icons of Canadian political cartooning history. It shows a dumbfounded looking Robert Bourassa (defeated Liberal leader) and a calm, collected Rene Levesque looking out at the reader. Levesque has his hand out, holding his trademark cigarette, pointing at the reader. The caption reads, "OK. Everybody take a Valium."

The PQ served for a few years, was eventually defeated. It formed government twice more, the latest in 2012. Quebec is still a province. Separatism was never achieved. But even if it had, would that be a bad thing? Not in my books.

I've lived under Liberal and Conservative governments federally. Under Socred, NDP and Liberal governments provincially. And honestly, there really hasn't been a great deal of difference between them. They were all a minor annoyance in my life. Nothing I couldn't deal with, adapt to, or avoid. Getting on with my career, raising a family, and generally enjoying life has and always will take precedence.

I used to be a lot more wrapped up in politics in my younger years. I was a bit of an activist, writing for and editing libertarian newsletters, participating in tax protest groups and the occasional demonstration. Not sure any of it really made any difference. Then and now, I was and continue to be a happy-go-lucky sort of guy. Slow to anger. Not easily riled.

I was also an avid self-help enthusiast, reading books like The Seven Habits of Highly Successful People and similar books, books on how to be successful in the stock market, and taking courses like Landmark Education's Forum, which teaches, among other things, that the stuff we see in the daily news generally amounts to nothing of significance - what really matters is yourself and the relationships you form with others.

Books like Psycho-Cybernetics, Think and Grow Rich and Mind Power all focused on self-responsibility. You are responsible for what happens to you—not the government or anyone else. Self-responsibility!

I write this blog for fun. Not to try and change the world. I really don't care if anyone likes what I write or not. And my approach is largely philosophical, only occasionally touching on current events. I don't read newspapers much - we only subscribe to the weekend paper and that is for the new York Times Sunday Crossword puzzle (which is, frankly, more important than the blathering of a bunch of political twits.) We watch the news occasionally on TV to keep up with things. But I certainly don't go out of my way to watch political conventions and debates. What a total waste of time that is.

We did instill in them a respect for other people's property and to be honest and fair. We taught them that sharing was a voluntary act and not an obligation. Sister did not have to share her toys with brother and vice versa unless they wanted to. But we also explained the idea of reciprocity. If you don't share, then maybe when you want to play with your sibling's toys, they won't share either. So cooperation was a good idea. But respect for person and property was more important. Hitting and fighting was curtailed.

And we taught them to be truthful. And to be responsible for themselves.

When my son was around four or five, we were visiting my religious parents and my son asked, "Where did the birds come from?" My Dad replied, "God made them." To which my son countered, "Who is God?" He had never heard of God. It was an alien concept.

I want religion and politics to remain largely alien concepts for them. I am proud that they are without religious or political convictions. Both are false gods and not worth thinking about. Their and their family and friends' happiness is what is truly important.

The politically apathetic person lives his life as if politics did not exist. To the extent that he thinks about it at all, it is as an obstacle to be overcome or dealt with, like the weather. Their attitude towards politics is like that of Howard Roark towards Elsworth Toohey in The Fountainhead.

Toohey was a muckraking columnist who had severely criticized Roark's work in his column. One day they encountered each other and the following exchange occurred, my all time favorite quote from Ayn Rand.

Toohey: "Mr. Roark, we're alone here. Why don't you tell me what you think of me? In any words you wish. No one will hear us."

That, my friends, is apathy. What do you think of the government? Well, frankly, I don't. They are beneath thinking about, worrying about, fretting about or getting my knickers in a knot about. I have better things to do.

More stories from Marco den Ouden and writers in The Swamp and other communities.