by Pedro A. Idarraga 5 months ago in activism 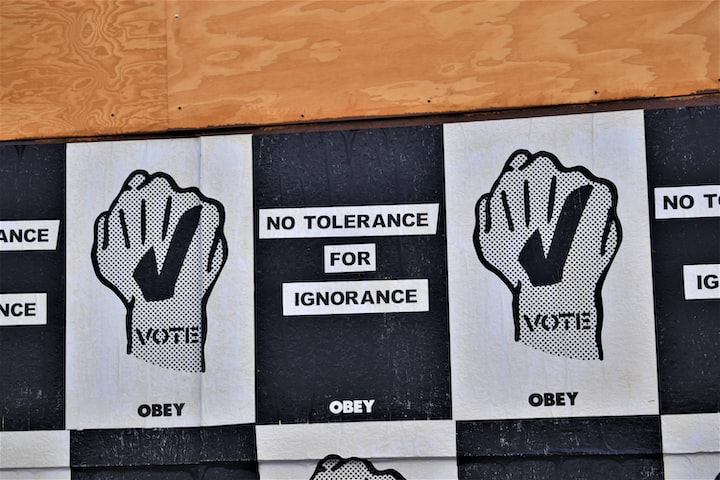 Photo by hay s on Unsplash

It is great to be in a time when children are being listened to, to have grown and accepted we are not alike. It is funny when to hear people say when we were raised with spankings, and we did not turn out bad, well yes, we did, we grew up resentful, unable to express ourselves and in turn we treat others even our own kids with that same callous roughness. We do not disavow what we questioned when we were growing up, because our parents told us that is how it is, or it is because we say so. That was not an answer and had we pointed this out, well, we all know what would have happened.

No, we need to listen to our children, explain what we know and when we do not know the answer be self-assured enough to say we do not know, let us find out. Instead of pretending like a pathetic fool that we know everything just because we talk loud and we have a job, that is our duty, our obligation to those who we brought into the world, and just like paying for our car note every month, or it gets repossessed, so it is our self-impose obligation to provide the bare necessities for those who we decided to bring to a place where nothing is clear or certain, and which we find unfair, frustrating and terrifying at best. This uncertainty, this frustration gives free rein to the mind to wander off and create or imagine what is not there and prey on the weak, insecure, and uneducated.

And we stay silent when we hear and ignorant Republican, -no pun intended-, comparing the need to wear a mask and the use of vaccine to the atrocities that took place in the concentration camps during World War II? Why suddenly Paul Ryan the former Speaker of the House, who during the primaries before the 2016 presidential election, spoke against Trump and his inability to run the country, and at one point he -Ryan- could not even bring himself to saying Trump’s name. Then, after Trump with the help of the Russian government “won” the election, Ryan then sang praises to the man he had previously declared incompetent. But now that Ryan is out of politics, he is once again expressing his disgust with those who still support the 45th president, twice impeached and who by divisive and hate filled speech drove a mob to the Jan 6 Insurrection. The Republicans only worry about the men in blue when they are being held accountable for murdering a person, but now that they needed to have a commission investigate the riots on Jan 6 where a police officer was killed, they refuse to back the blue they apparently love so much, nothing but pathetic and corrupt scum, that is all they are.

It is repugnant and sickening, it shows the degradation to which the Republican Party has succumbed. Nothing but a bunch of old corrupt, greedy men, hiding behind the greasy behind of a known racist, lying, traitor and sexual predator such as Trump, so that he may not speak ill of them and thus allow them to keep the positions from which they dispense treason and poverty to their constituents and the latter obediently follow and reelect those who keep them in a status of ignorance and hunger.

But those who have a stage from which to express the outrage for the deceits and lies those in the Republican/Conservative are spreading, remain silent. No, fundraisers, town halls must be organized and there we denounce the Republican/Conservative for what it is; nothing but a conspiracy theory, racist, and lying greedy individuals, catering to the insecure, who wants their fears validated and given full for it to fester and grow.