by S R Gurney 25 days ago in corruption 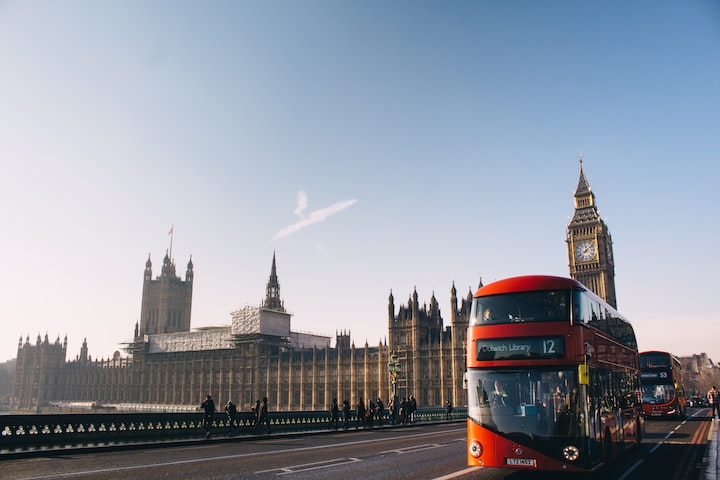 I guess in this laden British waste-scape of empty plastic bottles and chewed-up strewn gum, of blundering blue tory negligence, media-paedophiles and child sex-traffickers, Tax avoiding Bezos and his conglomerate profiteers, tik-tok celebri-troglodyte sensationalists; it's not hard to see why there is a perpetual sense of terribleness about the land. Nonetheless, I arrive upon this world as a baby five years before the millennia, dubbed as the last stairs to climb for a world burgeoning on change. I guess I was naively hopeful that it would exist as change that made my life and others better, simpler, or easier.

Unfortunately, I was wrong.

By the time I was five, I had inherited a world on the brink of Modern Terrorism, Archaic-al systematic prejudice and worst of all, a Labour government determined to besmirch all that is red in UK politics. I am of course talking about The Iraq War criminal Tony Blair and sudden gold-merchant Gordon Brown, who saw to it to remove any trust one had for a socialist government, to the rigidity of top-down economic politics favoured by (death mongering) Tories like Cameron, May and Johnson. (A veritable roulette smorgasbord of whose policies had taken the most lives from the lower classes).

Continuing demonstrably further to back such humanitarianisms: Charging the homeless, Spending ¼ of a million misleading the UK about UC (Universal Credit), Slashing the police by 20k officers and then complaining about a rise in crime, Indirectly forcing people into sex work to survive because UC didn’t meet their BASIC needs, Inventing the 2-child policy which pushed 600k children into poverty, Taxing the unemployed, Hiking student fee’s from 3k to 9k (with inflation), Building 0 out of 200k promised starter homes and every other unmentioned Thatcherite idio-policy which seem to whistle and clang, like Yorkshire used to. And not too dissimilar from the sound of Boris Johnson clinging and tapping for assistance over his ineffectual IV; yep, by the NHS nurses the Tory-Wonga-Bus has stripping of funds.

I would have thought the ex-mayor of London, whom wasted millions on farcically outdated semi-electric in their signature irony-red, which are already being replaced, right have foreseen his own weight being his biggest weakness Beyond the baffling cold-blue politics he's been dealing like spice. You know for someone championing London’s traffic consumed cycle-lanes, it is a shock that he stops top of my Ladbrokes prediction list for the expense’s extravaganza, of who is next in line for a free gastric bypass. (Courtesy of the NHS)

It seems misplaced that the very thing he wants to privatize saved him for free, but what’s more remarkable is that I guess there isn’t a journalist alive in the UK willing to print this irony, for fear of Rupert Murdock silently killing their entire family with a rope and chisel. Alongside the other sex traffickers and paedophiles still operating in board-positions like it’s 1991 and Ghislaine Maxwell is just the friend of a psychopathic sex predator; and not one herself.

This is not how I got here, but this is where we are, daily disgusted by modern incompetence, negligence and constant condemnation of peoples.

These are dire times indeed, and much like the fall of Rome, Johnson’s demise will be both catastrophic and historical. I just hope The Britons of tomorrow’s ash are doused with feverish dreams of socialism, equality and community.

corruption
S R Gurney
Read next: New Mexico—It's like a State, like All the Others!
S R Gurney