Her Body, Her Choice, Her Mind

The decision making process in a totally personal matter as considering abortion should stress thought and not be viewed lightly. 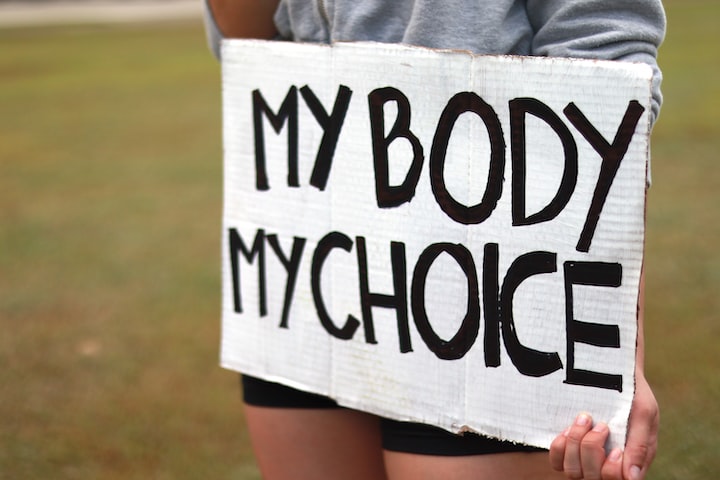 Photo by Jasmine on Unsplash

I just finished reading about the familiar coat hanger as a symbol of abortion. It is not a pretty thing to contemplate. What the article subsumes is the fact that the practice is so barbaric and medically hazardous to the woman.

It includes the thought that the woman could injure herself, even die as a result of such a tactic to rid herself of a growth. That’s right, a clump of cells in her body that could potentially be a human life are just an addition after the point of conception.

The slogan “my body, my choice” ought to be modified to address the mind of the woman and her decision. Too often we find ourselves mired in the politics of the issue of abortion and not the epistemology.

It is important that the recognition of individual rights as applied to the law ought to reflect the thoughts of women. Their ability to deal with reality is at the crux of the matter. Just think about what it means to be a mother. For instance, Senator John McCain died at the age of eighty. At the time of his death, his mother was one hundred and six. While she obviously didn’t take care of him in a motherly sense any more and in some instances before the late senator became too ill, he most likely took care of her, it is still the fact that a mother can bury a child even if that offspring was an octogenarian.

Most of us focus on the immediacy of knowing the essentials of motherhood: providing food, clothing, shelter, teaching simple skills. These are all significant things following birth. Some women wish to not have to deal with such concerns. So their only option is to end the potential life of the would-be child.

The powers of government ought not block women from putting her legs in the stirrups. It is her intellectual capacity that should govern whether she wants to keep or delete the addition to her own body. It is her thinking process that allows her to reverse the pattern of millions of other mothers who live in misery based on the “drudgery” they find as a parent. The joy that can be found in being a mother may not be a wish for some women, at least not yet in these circumstances.

Women who choose life ought to be choosing their own life. The positive idea in regard to their decision ought to reflect a profound and deeply personal situation. Far too often, we see people with signs on both sides of the issue. Some of them are legitimate, others not. They splash them with glitter and paint them with catchy bromides. Some people wear costumes from A Handmaid's Tale or dress like doctors. Even if they’re sincere, such actions sometimes undercut the severity and psychological seriousness of a woman having to make that final choice.

It is up to the woman to know and understand the consequences of her rights and to consider them with her intelligence. It is critical that the focus be on the mind which determines just what a woman wants to do with her entire being. If she wishes to hold on to the actual baby, that’s her business. If the stress is too great, she read websites on the dangers of pregnancy, or simply deduces that the financial strain, the emotional roller coaster, and the possible bitterness of what could be an ungrateful, spiteful child is not worth it, let her abort.

If we see the reverse of the decision of Roe v. Wade, it will be because we recognized the mental aspects of the case. A woman’s right to think is still possible in America. May we see her right to exercise that thought when it comes to not wanting to bring that almost child into the world.

More stories from Skyler Saunders and writers in The Swamp and other communities.