MP
by Matthew Primous about a month ago in controversies

The Case for Equal Healthcare 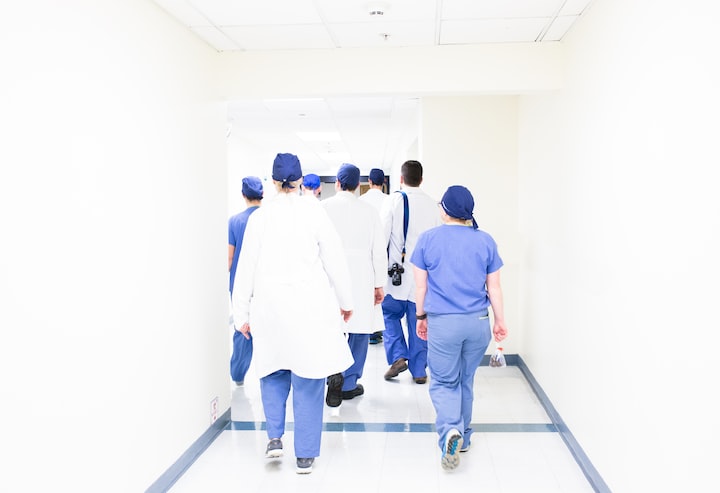 Photo by Luis Melendez on Unsplash

We are at a crossroads in healthcare. We have to face devastating cuts. Our very way of life is at stake. It is gonna take some preventative thinking and innovative way to deliver effective healthcare for a reasonable price. We know in research when we cut around the corner, the whole research becomes invalid. We have to start from the beginning. It is the same way in healthcare. All professionals must be involved in the process for the process to work. Nurses and doctors and even secretaries have to be involved so that healthcare becomes effective in doing their job to make sure all patients have a long enduring fighting chance for their health. This may importantly include their families. We need the support of families and close friends to help interpret the risks and benefits and help in decision-making. America is divided into healthcare along three lines, the poor ineffective system costing billions of dollars, the temporary system that lasts as long as there is money, and the wealthy system where there are security and possibility.

The poor ineffective system is fit for the poor in the country. It is mainly emergency based. Patients only get taken care of temporarily and they are ignored by any other preventative medicine and procedures. Their families are not involved because it is believed that their families aren't in a relationship with them. They are given medicine that must be taken with food and water and if they are not at the hospital then they are not taking the medicine properly because they cannot afford good food and water. They have to constantly deal with the idea that their medication may be stolen and they are burden with co-pays if they do not have insurance. This is unacceptable and cost must be controlled and preventative health comes in services that will better life such as co-pays financing, housing and education, and food assistance.

The temporary system is for the Middle Class in the country. As long as you can pay for the service, you will be given a service. The Middle Class can be considered wealthy operations but they must pay upfront. Sometimes their insurance will refuse the operation because insurance is considered money before people. Some Middle Class have to deal with dying operations be revoke because they have not been working as long and if they take a health loan from the bank and private lenders then they are surprised with medical bills. These medical bills make it harsher to live because they are expected to pay before they feed their families and pay other bills such as housing and education. If the Middle Class had preventative healthcare then they can be prepared for illness with insurance that cares about delivering effective and cost reductive service. The government only has to ease its debt and reinstitution preventative healthcare and insurance.

The wealthy system where there is 1% of Americans has the greatest possibilities. They can see the doctor at any time and for whatever reason. They could afford the time and effort it takes to see one. They are not punished by their jobs or influence by insurance that much because their investment in estate and stock market secures them. The wealthy has so much that they could afford to take care of their employees and neighbors. However, excessive healthcare is their main focus with few exceptions. These millionaires, billionaires, and maybe trillionaires. can afford a Community Taxhike because they take so much from their community and they should give back so others can fulfill their American Dream. Their healthcare will not change and they might benefit from having employees who live longer because they may work longer costing less than half of their wealth.