by Gabrielle Lamontagne about a year ago in trump
Report Story 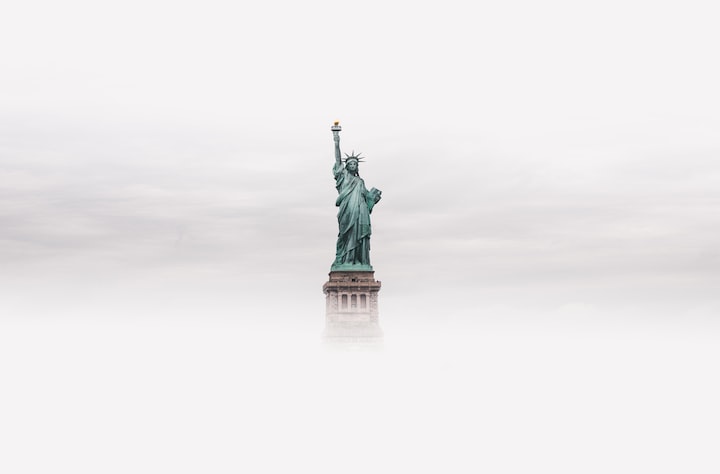 As a modern pop-culture icon, you disappointed me in how you represented our "Great" nation. Growing up, I learned that America was Beautiful because it was the land of the free and the home of the brave. Not just the brave soldiers who fight to keep us free, but the home of the many different shades of bravery - from the LGBTQ+ community to those still suffering from the lasting effects of outdated prejudices. The way you abused your freedom of speech to cause dissention and revel in hatred between the many different peoples pursuing happiness in America causes me pain. I am angry.

Before your negative influence and destructive stint as this nation's most notorious role model, I loved America and Americans. I understood that other countries disliked our previous imperialistic maneuvers, but I still believed that at its heart, America was a beautiful, loving, accepting, tolerant country. We were a Super Power, and growing into our Super Powers - learning that "with great power comes great responsibility". Now, while I still hope for a renewal of celebrating the diversity that makes America "Great", I feel we are disintegrating instead.

As a writer, one of the most cliché but true statements is "show don't tell". You should have used your position to show the world how "Great" America is - because we are an inclusive, compassionate nation - from Fire Island to RuPaul's Drag Race. You should have shown my young and impressionable siblings how to compromise, how to take care of their global sisters and brothers. Instead, you kicked us while we were already down. You divided, rather than unified. We aren't the "Separate States of America", we are supposed to be the "United States of America". Under your reign, we nearly began a second Civil War, let alone World War 3. War is a symptom of division and hatred. That's not what makes nations Super Powerful. It weakens resources. We are stronger together - when we are "United". That's what I want my siblings to learn: working together improves our chances for survival. Instead, you pitted us against each other.

As a nation we have been struggling in recent years (before 2016) toward a happier, healthier future for all. For our nation. For the world. When you were elected, you turned your back to the future and hid it from the rest of us, too. You brought us crumbling and tumbling into the past. You made it your mission to tear down my friends and family, by working to take away their human rights. By trying to convince your supporters and the masses that they were not human enough to deserve those equal rights. You almost succeeded and that makes it all ten-thousand times worse. You nurtured the worst in our humanity and brought it bubbling like boiling oil to the surface. You were the Lady MacBeth to our Lord MacBeth, galling us and tricking us into turning on each other. You were the Iago to our Othello, setting us up for the grandest fall of all - from love and kindness for our neighbors to paranoia, fear, and violence. It has not been a beautiful four years in this neighborhood. You turned us from asking "Why Can't We Be Friends?" and "Will You Be My Neighbor?" to screaming slurs at each other from across the street.

The global pandemic hit, but rather than unify us to keep us safe in these difficult times, you used it as one more way to divide us. You let us die in hoards as sacrifices to your ego. Following you has become a cult and one of the worst - this has not been a "ritual sacrifice with pie", but one of the most horrific types imaginable - where the innocent die in vain (and in pain). This year brought a variety of horrors all on its own, mostly of Mother Nature's making. Rather than soothing us in the comfort of our own homes, you encouraged chaos, which has only brought more intense harm to our nation.

During your term, you have not shown "R-E-S-P-E-C-T" to our founding fathers, to our contemporary people, nor to the world. You have defiled the name of freedom. "You Give Love A Bad Name", because as our nation's leader, you are supposed to love our "Great" nation and yet you abandoned us in our greatest times of need. Love and support are what it takes to raise anyone, including a young nation - which in global terms, America still is. Yet you showed us disdain. It has taken a long, long journey, but we have FINALLY found our power, our voice, our self-love enough to denounce you. We love America too much to let you inflict four more years of self-doubt.

With a deep intake and a sigh of relief, we expel the old to make way for a more compassionate, inclusive future full of JUSTICE FOR ALL.

I love to write and share my opinions and life experiences. Hope you find my insights amusing and useful!

More stories from Gabrielle Lamontagne and writers in The Swamp and other communities.