by Jade Walker 15 days ago in humanity 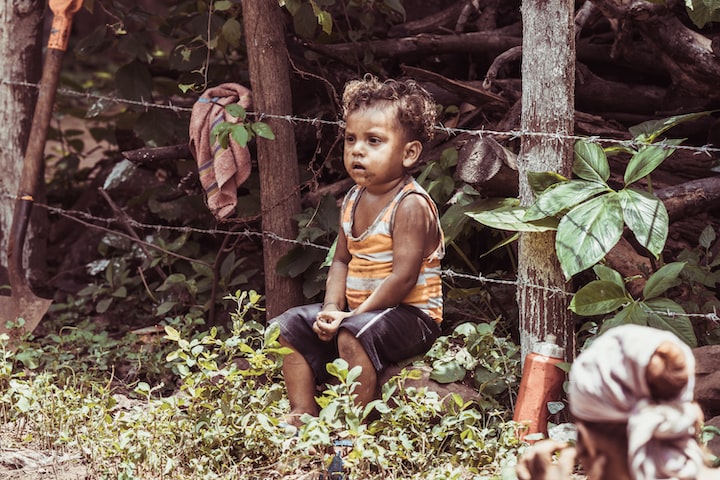 Photo by Ben Richardson on Unsplash

We abuse food. Every year, every month, every day, every minute someone wastes food. Maybe it is harmless to you. Maybe you just didn’t want the rest of that sandwich but have you ever analyzed the real picture here. There could be millions of individuals who just did the same thing because they felt the same way. The U.S. population recorded in 2018 is 327.2 million. Now, 97.3 million of that are people who make a low income meeting just above the poverty line. Approximately 18.5 million of that number is in poverty. That is about 64% of Texas.

People who earn an average amount of money to survive in this day and age is the remaining 274.9 million. These people are earning more than $1300 a month for a household of one, $1700 monthly for two people, $2200 for three people, and $2600 for a household of four.

On an annual basis, 1.3 billion lbs of food is disposed of in the world, wasted. So, think about the sandwich you just threw away. 372.2 million people could have been doing the same thing just yesterday, or today, and that is ashame. All of that food could have gone to the 9.1 million people that died of starvation just last year, so maybe we have to be more disciplined.

What if there was a limit to how much sustenance we get rid of? I propose the Frugal Foods Garbage Disposal bins. Frugal Foods will be a bin that calculates the percent of garbage you throw away that is food separated from actual garbage. To better discipline society, if a household disposes of over 15% of food items in their bin they will receive a fine for the food they wasted.

Typically trash and recycle service is provided with a home or is added to your monthly rent or house payment. This can range from as low as $20/month to $100/month. Now, this bin would be a divided expense that would be added to your house payment, rent, etc. When you buy a house you can add it to pay out right and only spend $2750. You could also pay it off within 12 months, 24 months, 48 months, or 65 months. Now with the 12 months you would have a monthly bill attached to your home expenses that would be $250 for 12 months, $125 for 24 months, $63 for 48 months, or as low as $40 for 72 months.

About 64% of the population are homeowners, that is approximately 212.7 million people. Imagine that eventually every single household had purchased this product going with the cheapest option possible, being $40 a month. If 50% of the money made from Frugal Foods went to poverty, America would make 4.68 billion dollars a month which would feed 18.7 million people. Poverty would be fed leaving $50 million dollars left over for following months to pass. Poverty would eventually become extinct because people will always be buying houses, apartments, etc. and people will unfortunately always waste food but with the penalties; that food can get paid for towards people in need. About 5.5 million homes are purchased a year so for every year to come America could make up to 16.5 billion dollars a year with the potential of providing 66 million people with year round food. Now there is only 18.5 million here in the United States that are in poverty so all the extra money, food, etc. remaining from the 66 million would be 47.5 million meals we could be providing annually to other suffering countries around the world.

The remainder of the money raised from Frugal Food Bins would be 5% which would equal about $425 million dollars that would go to planting trees, cleaning services for pollution. This money would provide the Coast Guard, Environmental Protection Agency, etc. to clean up the Earth one piece of trash at a time.

In the end, I know when my life comes to a conclusion I desire to sing of my contributions to the Earth, because the Earth has provided a lot for me and I admit I have taken it for granted. It’s not the Earth’s fault that we throw garbage outside our windows, waste food, or are just simply careless. I believe this solution would create discipline for it is needed in today’s world due to the amount of food we waste a year. I also believe we could preserve the Earth to survive a while longer.

I like the idea of a little online world where it is okay to share my experiences and emotions without feeling ashamed, it's quite perfect.

See all posts by Jade Walker →