by Shaun about a year ago in trump
Report Story

On the occasion of your tenure as president coming to an end, some thoughts... 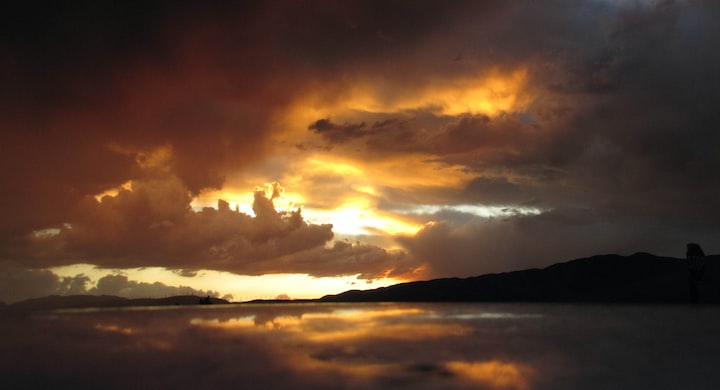 Photo by Diana Palkevic on Unsplash

On a cloudy day back in January of 2017, you were inaugurated. America’s 45th President, Donald, J. Trump. You, a man with a checkered history. A history filled with shady business dealings, a hokey reality TV show, and countless unsavory allegations against you. You, a man with no political or governmental background. You. Donald Trump. Yes, that stereotype of the greedy American businessman miraculously beat Crooked Hillary to become the 45th President of the United States of America, and the rest, as they say, is history.

Your road to Washington D.C. was as unusual as your presidency. The Republicans, many of whom came to have your back once you got elected, initially despised and, quite frankly, underestimated you. And for the most part, Democrats saw you as a joke of a candidate. Someone who didn’t have a chance in hell of getting the party nomination, let alone winning the whole thing. And yet, you proved all of them wrong. You also proved millions of Americans wrong, and billions of people around the world too. That, sir, was quite the rabbit you pulled out from under that rug you call hair. Credit given where credit is due. You won when so many said that you would not. Could not, even. And to paraphrase Frank Sinatra, “You did it your way.”

Back to that inauguration 4 years ago and the controversy over your perception of the crowd size that came to watch you getting sworn in versus the evidence shown by satellites of the actual crowd size. That was, of course, the first official scandal of your presidency. And it was quite the doozy. Pretty much irrelevant nonsense, but it became a legitimate scandal thanks to you singlehandedly bringing it to everyone’s attention. Hey, at least with COVID and the civil unrest, you can honestly say that you had more in-person supporters at your inauguration than Joe Biden. We know that in your petty heart and mind, that means something. In fact, I know it means the world to you.

And so, with that unforgettable road to the presidency and inauguration behind you, you finally took your seat in the Oval Office. Was the world prepared for the four unforgettable, rollercoaster ride years that would follow? I doubt it. In fact, I still don’t think we know what to think of it all. I expect it will slowly be digested in the years to come. With the aid of copious amounts of fiber.

And in truth, we will come to discover some of the positives of your presidency. I am sure of it, and I’m not just saying that because I’m a glass half full kind of guy. You brought a new way of doing things to Washington, and that will prove to be beneficial in the long run. Having an outsider come to town and shake things up was long overdue. Many of those folks in D.C. are more focused on preserving their titles and pensions rather than working towards fostering and legislating meaningful societal change, and you showed that every aspect of how the government functions can and probably should be scrutinized. I hope this ability to think big and question the status quo continues in the years to come.

But the hot air that you so often spewed. That dragon’s tongue of yours. Sir, it really got you into trouble and it really divided the nation. The fact that you signed up for a position that comes along with “Most Criticized Person in the World” status when you also hold the title of “Thinnest Skin in the World,” did not mesh well at all. Your constant attacks against even the slightest hint of criticism appalled many and did nothing to help advance your positions. And it is the sum total of all these outbursts that cement you as one of if not the most polarizing and abrasive president in American history.

While debating Joe Biden in 2020, you famously declared yourself to be one of, if not the greatest president in American history, with the only possible exception being Abraham Lincoln. I can’t help but to think that of the many insults you so freely hurled over the years, this insult to the other 43 men who opted to serve their country as president might be the most egregious of them all.

Thinking about the last 4 years, it is hard to fathom all that has happened. America’s reputation has been damaged, and much of that damage may be irreparable. Some of the worst aspects of America have also become increasingly problematic under your watch. Racial tensions are particularly high at the moment. And while these tensions were always there, the current situation is particularly troubling. And it’s costing lives and livelihoods.

The accelerated development of what I would call “A Tale of Two Countries” is another issue that I feel obligated to address. One country, a country for millionaires and billionaires, is about as perfect as any place on earth. People with that country’s passport (one that oddly resembles wads and wads of money) have the freedom to move to greener pastures at a moment's notice. In that country, when it comes to buying, it isn’t a question of if, but how many. Yes, life is pretty near perfect in that country. And then there is the country lived in by a majority of the people. Some do better than others there, but for many, life is truly a struggle. Increasingly in that country, even the most basic necessities are hard to come by for far too many. Some call the economic policies you have enacted socialism for the rich, and I couldn’t agree more with that assessment except that it seems to emphasize the socialism part as being the problem, whereas I think it’s the “for the rich” part that is truly troubling.

With the sunshine setting on your presidency, Mr. Trump, the world marches along. The pandemic is still ravaging the country, and yet I still have hope that sooner rather than later, the American people will all be able to come together again and live their lives in a country that values Life, Liberty, and the pursuit of Happiness.

More stories from Shaun and writers in The Swamp and other communities.