by Latoya B. 5 months ago in trump 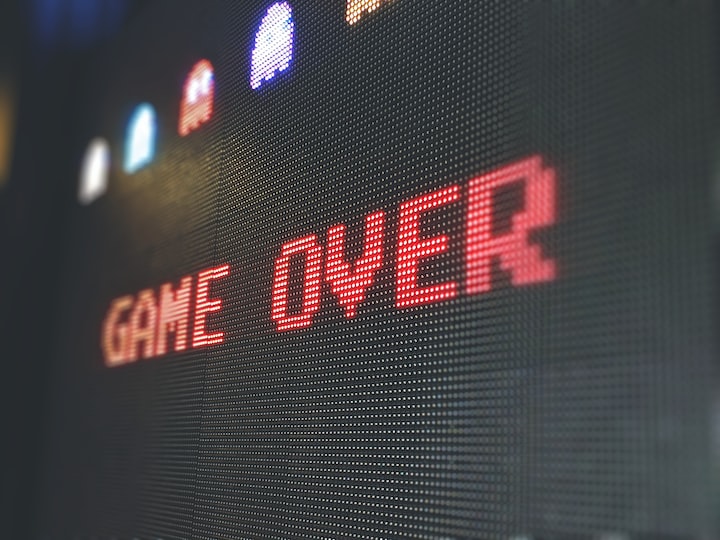 The Election is done. A winner was declared, and it was not you. The voting was not rigged in any way, shape, form, or fashion. In fact, the Department of Homeland Security has stated that this was the most secure election in the history of this country.

And yet, you still fight. You scream in all caps on Twitter, spewing your rhetoric with your most loyal followers clinging on to every tainted syllable. You expected a landslide in your favor, only to find that some of the states that were red four years ago went in the opposite direction. What did you do? You cried fraud and filed lawsuits, the same way you dole out punitive actions against anyone who doesn't fall in line with your narcissistic agenda.

Did you forget that there was a raging pandemic that would possibly alter the means in which some people would cast their ballots? No. In fact you worked in tangent to suppress voters and made false claims that mail-in ballots would be counterfeited and fraudulent. You desperately tried anything and everything to secure another four years in power and felt entitled to "negotiate" another four after that, which the constitution would not even allow! The United States of America is not a business that you can make deals with, but damned if you didn't try. This country is not a reality TV show, and yet you ran it like one. Never in my lifetime have I seen so many people either step down or get fired in a presidency the way I've seen it happen with your time in office.

Let's go back to that virus, shall we? You knew about COVID-19 when it was first discovered, but instead, you downplayed it and later admitted to doing so. The travel restrictions ordered were not enough to stop the spread. In fact, by the time you started putting the travel bans in place, it was already too late. More people became infected. Businesses shut down except for the essential ones. Many jobs and lives were lost. Even as the virus made it into the White House and into your lungs, you stood in defiance, looking like a hero to your staunchest supporters, many of which still refuse to believe COVID-19 is real even after you caught it. Now here we are, your followers joining in that same defiance, gathering in large numbers, and the cases are once again spiking.

All of this gaslighting and tantrum throwing and for what? Because the American people, even the ones that used to support you actually put forth an effort to thwart your attempts to retain a position of power you never truly deserved to have, and doing so by actually getting out and voting? Because election officials did what they were supposed to do and actually counted every single vote, even again in some cases?

Donald...It's time to stop living in denial. In case you didn't get it at the beginning of this open letter, it wasn't the Democrats rigging the election to have it stolen from you. There was no voter fraud. None of these things are what's causing you to lose favor with this country. It was your mishandling of the pandemic and the 230,000 lives (and counting) that were lost because of it. It was your hatred--and failures to hide such--towards people of color, immigrants, and the LGBTQIA community. It was the lies you told about doing more for black people than any other president when in reality you did not. It was the senseless deaths of Breonna Taylor and George Floyd at the hands of police who felt empowered by your reign of terror. It was the brazen acts of racism committed by people who used your vitrol as a crutch, an excuse to act in poor taste toward non-white individuals and to viciously attack Asians during the first wave of COVID-19. And most of all, it was your mishandling of this country and making it the laughing stock of the world. It was all of that and more that sealed your fate and drove America to say, "Enough," and not even $1200 dollars per person and $500 per child under 17 could save you.

You've run out of credits, and no matter how much and how hard you try to make one in the risky game you played with the lives and livelihoods of this country, there is no continue button. No matter how much your loyalists parade in the streets hollering about stopping the "steal", there is no retry option. Your only option is to concede. Put the controller down, turn off the console, and walk away.

Born and raised in Alabama, Living in Colorado. I'm a mom and gamer with a passion for writing, art, music, and fitness. A multi-faceted pop culture nerd and proud of it! ZERO tolerance for abuse, misogyny, racism, or anti-LGBTQ+.

See all posts by Latoya B. →