Clapping for our keyworkers isn't enough when they're dying

by Hexe News about a year ago in activism

When they lack PPE, livable wages, and a lack of choice, is a clap enough? 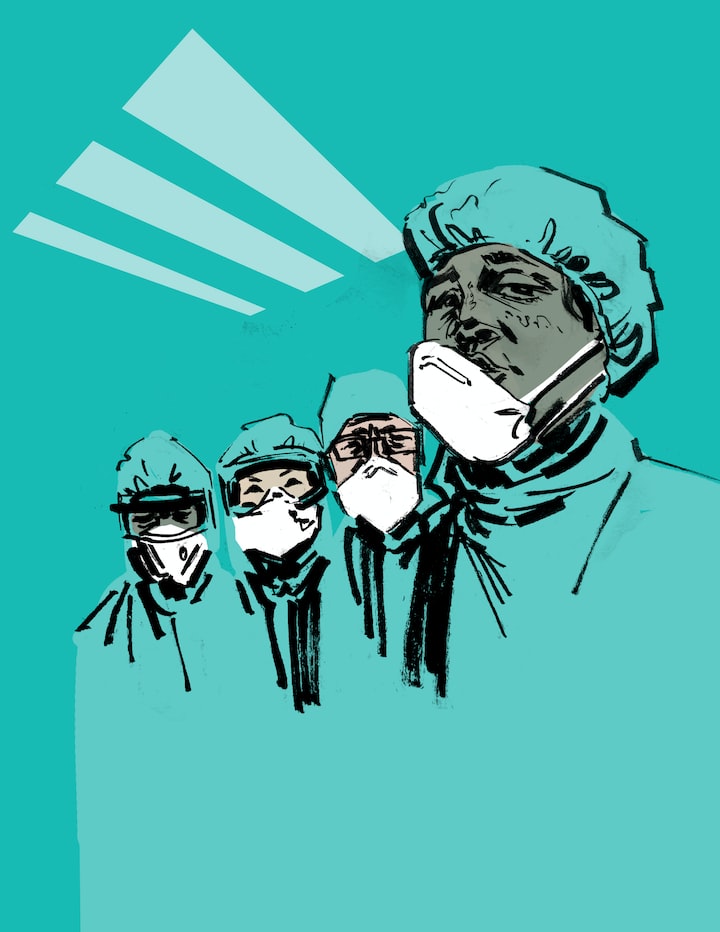 Every single Thursday, the UK outpours in respect for its keyworkers. The weekly clap has become a highlight of the week for many.

People (from every single political alliance) applaud from their doorsteps, cheers will echo communities. In fact, this week five letterboxes were painted blue across the country, with the words "Thank you, NHS" embellished on them.

During all this apparent comradery with our keyworkers, over 100 healthcare professionals have died. The continuing reportage of the lack of PPE, the low wages, and slashed social security - clapping for them is an empty gesture. Something that the British, as a whole, are seemingly a big fan of.

The clapping is not a bad thing

I will never say that clapping is inherently evil. Many of us would love this kind of support to be given to the essential workers in society, without a crisis.

Britain, a country with a reputation for being unsociable, are now gathering in (social distanced) hives, to share our appreciation for those who are risking their lives every day.

It has to be said, though - an expression as bold as this, becomes an empty gesture when nothing changes.

In the beginning, hearing cities like London outbreak into applause and cheer was, admittedly, emotional.

However, every single week, the clapping becomes more and more dystopian. When the sounds of pots and pans seem to drown out the screams of help, it's time to change our priorities.

The U.K now has the highest number of deaths in Europe, and the second-highest in the world. You may have missed this tiny bit of information as it was purposely drowned out with reports of a professor's affair.

Needless to say, despite the key worker's valiant efforts, they, and the country as a whole, have been let down by our government. So, when ministers are applauding these key workers, it becomes clear that the clapping is something of a scapegoat.

The same nurses that were denied a pay rise by tories (who then cheered at this decision) are now being applauded for by these MPs on their doorsteps.

The shop workers that are verbally abused on a daily basis, are having claps thrown their way.

Invisible jobs that have never been valued before, are now being celebrated with fireworks.

These keyworkers that have propped up our society, were previously called low-skilled workers. It was this rhetoric which not only justified their low wages but also made the people working them predisposed to being looked down upon.

It's easy to see - clapping every Thursday becomes something of an insult when nurses are begging for PPE.

Of course, don't stop yourself from clapping every Thursday. This little action is welcomed and brings joy to communities.

You should, however, be following up your applause with actual actions.

Sidenote: Donating to the NHS, while on the surface-level looks amazing, is not a good sign. We already "donate" to our healthcare through taxes, the NHS is not a charity, and needing more money is proof that the conservative government have been underfunding it for years. But I digress.

Here are some ideas:

FYI - If you can, obey the lockdown that medical professionals and scientists suggest, not the one our capitalist right-wing government propose. I, personally, will not be changing my lockdown habits on Monday, despite Boris' announcement. Remember, 600+ people are still dying every day, and loosening the lockdown will put more people at risk.

You're not abusing the NHS

I've seen a weird amount of tweets, stating to show proof that people have been abusing the NHS for years.

No longer are people rushing into the doctors for "stupid" reasons. However, this is dangerous, and won't help the NHS in the long run.

For one, serious illnesses are now being overlooked. Secondly, people are likely just postponing visiting the doctors. Both of which will become a problem after the pandemic.

So, don't stop using the NHS.

Many of the key workers that have kept out country afloat are on minimum wage. Despite being named "living wage", it's is undoubtedly impossible to live on this.

Keep campaigning now and after the pandemic to higher the living wage, and pay people what they deserve.

Likewise, the end to the corrupt 0-hour contract environment will benefit many careworkers, delivery drivers, and retail assistants.

The hostile environment that the tories have put in place has hit migrants hard.

The links between the Home Office and the NHS make a pandemic especially scary for immigrants in the U.K.

These people are understandably terrified to access healthcare services. If they do risk it, they are commonly faced with barriers.

Many immigrant families are settled in overcrowded accommodation - making it impossible to social distance. The virus can, and has, devastated these communities.

Add your name to this letter, which calls for the suspension of all NHS data-sharing with immigration enforcement. Nobody should be too scared to seek the care they need.

Nurses have been screaming this, way before the pandemic. A vote for the tories is essentially a vote against the NHS.

Likewise, a conservative vote is one that will hit the working class the hardest. As we know, key workers are predominately working class.

Clapping for the workers and services that are risking their lives every day, is only really acceptable if you're not also voting for the party that will underpay them.

I'm sorry if this was overly cynical. The clap is a lovely thought - but it doesn't precede anything more than that, making it just a meaningless gesture.

The country undoubtedly needs the keyworkers, yet they're the most undervalued, underfunded people in society. We need to ask why this is the case.