Book Bans Are a Slide Towards Authoritarianism

by Monica Leigh French 2 months ago in education
Report Story

It's happening right in front of our eyes. Will you take a stand against censorship? 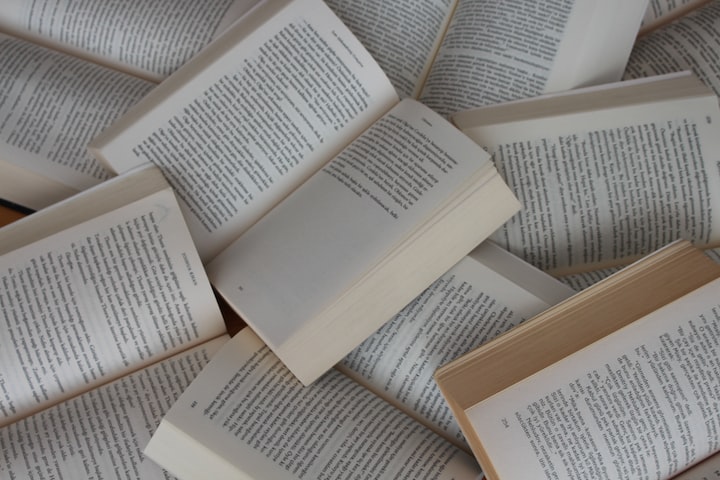 Banning books. I never thought I’d see it in the modern era. The United States of America is a country based on the principles of protecting free speech, no matter how offensive that speech may be. Mr. Ron DeSantis, Governor of the state of Florida, do you believe in the concept of free speech? Will you fervently defend the 1st Amendment? Based on the bills you’re signing into law, I think not.

DeSantis recently signed House Bill 1467 into law, which allows members of the public to challenge and ban books they’ve found to be inappropriate in school libraries and classrooms. Republicans all across the country are currently waging a culture war against schools, teachers, and their curriculums all in the name of “transparency” and giving parents more access to what their children are being taught. They’ve mainly targeted issues involving race and the existence of transgender and gay people.

This new law will result in a list being compiled of all the books banned in each school district so that other districts may consider banning those books from their curriculum as well. It requires a “certified media professional” in each school district to go through books and verify that they’re “age-appropriate.” Elementary schools would then be responsible for posting this information online. The principal at each school would have to handle complaints from parents, activists, and political groups and hand them over to the Florida Department of Education.

According to ABC Action News in Florida, book review committees are operating within the state. They are looking for material that they consider to be profane, sexually obscene, or otherwise inappropriate for different age levels. One of the members of these committees is named Cathy Buckley and she is aligned with an organization called County Citizens Defending Freedom (CCDF). On its website, CCDF claims to be “an organization that empowers and equips American citizens to defend their freedoms and liberties at the local level. By streamlining and simplifying activism, we support and champion American citizens who want to stand up for their independence.”

CCDF asserts that its model follows the Biblical principles of Matthew 18:15–17. When a “breach of freedom is identified” they follow this protocol:

1) First, attempt to address the “breach of freedom” privately.

2) If the “breach” goes uncorrected, they will make local citizens aware of what’s transpired.

3) If the “breach” remains the same, they will “expose the entity or person via local and national media.”

4) If no change is made, their final step is litigation.

According to the American Library Association, a record was set last year when 729 books were banned in the U.S. ABC Action News contacted the 67 school districts in Florida to find out if they’ve had any book challenges since the new law commenced. Of the 45 districts that responded, only seven districts reported complaints. With 156 challenges, Indian River County had the most book grievances by far. The complaints have come from a conservative moms’ group called Moms for Liberty. Out of the 156 challenges, only 5 books were removed from the school district. Moms for Liberty is appealing this decision.

Florida law already bans pornography and any material that’s not considered age-appropriate in schools. This issue seems to be conveniently gaining relevance, despite the lack of need for a new law. Over the past two school years, there haven’t been any complaints about instructional material in Miami-Dade County Public Schools.

No one was talking about what was being taught in public schools two years ago. Much of this was inspired by former President Donald Trump’s insistence that American children receive a “patriotic education.” He spoke on this idea after the emergence of the 1619 Project and other efforts to educate Americans on the consequences of slavery, systemic racism, and the contributions of black Americans to the founding and growth of this nation.

The 1619 Project has been controversial in conservative circles because they believe it attempts to reframe American history and cast the United States as a racist country. Last year, Donald Trump called it “toxic propaganda, ideological poison that if not removed will dissolve the civic bonds that tie us together.” At the same time, he was promoting what he called a “patriotic education.” What this means in his language is “We declare that the United States of America is the most just and exceptional Nation ever to exist on Earth.” In other words, Trump wanted to white-wash American history and deny the existence of systemic racism that is present to this day in some of our most trusted institutions. He also said he would prioritize funding for schools that provided a “patriotic education.”

I find it especially jarring that DeSantis and his cohorts are going after books that have any reference to the LGBT community. Gay people are not fairy tales. They exist in real life, and they live, breathe, work, and raise families in the same communities that are banning books that contain their likeness. Do we want children growing up to understand how the world works, or do we want them to live in a bubble in which anything that differs from their family structure is hidden to prevent them from using critical thinking and understanding the human condition?

I don’t think kids are ever too young to find out that their classmate has two mommies or two daddies. It’s not about sex, it’s about love and lifestyles and how, in a free country, we can choose what’s best for us and ours. In 2022, kids shouldn’t be made to believe that there are only nuclear families that consist of a mother, a father, a sister, and a brother. Those who live in different environments should not be excluded or punished because of Governor DeSantis’s personal beliefs.

Instead of embracing the diversity of thought, we’re now censoring ideas with which we don’t agree. In addition to this, there need to be certain topics that remain sacred; ideas that aren’t a matter of opinion, but verifiably true. We used to call that a fact. In 2022 in America there are two sets of “facts” and both sides will only listen to sources that reaffirm what they already believe to be true.

We need to teach U.S. history the way it actually happened-not the way politicians want you to believe it happened because it’s convenient for their narrative. Book banning is just the beginning of an archaic slide into authoritarianism. These types of systems don’t erupt overnight. It happens slowly, by censoring and controlling speech, writings, films, music, and others art forms that don’t go along with the status quo. When citizens are paying attention, they can prevent censorship and preserve free speech without parents’ rights being trampled.

Published on Medium on April 28, 2022, at www.medium.com/@MonicaLeighFrench.

More stories from Monica Leigh French and writers in The Swamp and other communities.