Be Careful What You Fish For.

by Neil about a year ago in controversies
Report Story

It's a Brave New World. 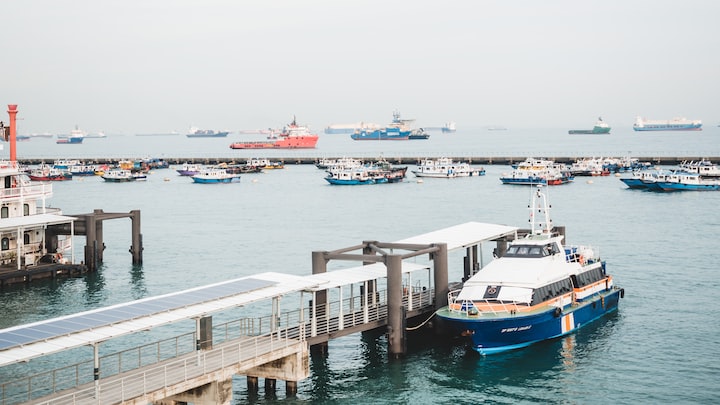 I see that the fishermen (shouldn't that be fisherpeople these days?) are moaning that they can't make any money selling their fish in Europe now.

Well, what did they expect?

Apparently most fishermen voted for Brexit in England. No real surprise there. Perhaps more surprisingly, although probably not, and despite their country lean towards 'remain', Scotland's fishing industry also voted overwhelmingly to leave the EU.

The reasons for this, of course, was they wanted more access to the UK waters - and fish - and less access given to the European fisherfolk. I guess I can understand that, although I do think it comes from rather a narrow perspective.

However, what they apparently forgot is that a sizeable chunk of the fish caught is sold in the EU.

What they apparently also forgot, or maybe didn't think about, possibly didn't understand, was the phrase 'free market' and what the 'Union' in European Union meant, and the implications for the UK not being in either.

So now we're outside this massive market, and have to pay fees and dues to access, suddenly it's 'not fair', and 'bad for business'.

This is exactly what the EU kept saying about 'Having your cake and eating it.'

Personally I don't understand why this is coming as a surprise to some people. Even in the most 'golden' of scenarios, there was no way the UK's access to the EU was going to be as good as it was. How could anyone realistically think otherwise?

Of course, many Brextwits are saying that this is just teething problems, along with Covid issues, and yes, there certainly are some of these factors in there.

However, whilst teething problems with people getting used to the new system and extra paperwork will smooth out in time, the extra costs aren't going to go away without further negotiations (and let's face it, that's not going to happen in this area any time soon). So unless quite a lot more fish is sold in the UK, then some fishermen are going to go under.

I feel sorry for people who voted remain and are now suffering. People wishing to move, or work in the EU now have more hassles, and of course there are the extra costs just buying things abroad that you have to consider.

Which isn't as obvious as it sounds.

Even aware of the added tax and customs charges issues, I unthinkingly bought something on eBay the other day, as is my wont sometimes. An hour later I suddenly stopped in my tracks thinking: 'Are they going to deliver from Europe?'

I rushed back onto the app and checked out the seller, who was based in China as it turns out. Okay, well, no change there, but the product was obviously being shipped from somewhere closer. From the delivery times I decided it was probably within the UK, but even so, it's one more thing to be wary of, and something that's not always obvious.

(If you're buying on eBay or Amazon or the like, check the seller out before hitting that 'buy' button, especially for more expensive products which could be subject to import duties. Contact them if it's not clear.)

I'm sure it's obvious by now that I was fervently against leaving the EU. Frankly I don't think that many people who voted to leave really understood the real implications of what they were voting for, and a percentage, I know because I've spoken to some of them, voted just as a protest against Cameron.

Many voted because of immigration of course. Whilst a fair amount of this was against free movement into the UK, some was just simply about the numbers coming in to the UK. This I didn't ever understand.

Even before Brexit, more than half of the immigration came from outside of the EU, which the UK has always had the ability to control. So if the government really wanted to get numbers down, it was perfectly feasible for them to do so using non-EU immigration.

And yet they didn't. Possibly because a lot of the immigration numbers were college students, who bring (brought?) in a lot of money in fees, plus all the money they spent whilst here.

Still, I'm sure that eventually the UK will come back on an even keel, but I'm also pretty certain that the so-called benefits touted by Johnson and his crew back in the Vote Leave days are going to be outweighed by what is lost.

Chalk this piece of writing up to a fed up remoaner just venting.

I'm sure all these wonderful new trade deals with the U.S and China will make up for it all, won't they? </sarcasm>

More stories from Neil and writers in The Swamp and other communities.