by Matthew Angelo about a year ago in art

How Politics are Reflected in Art 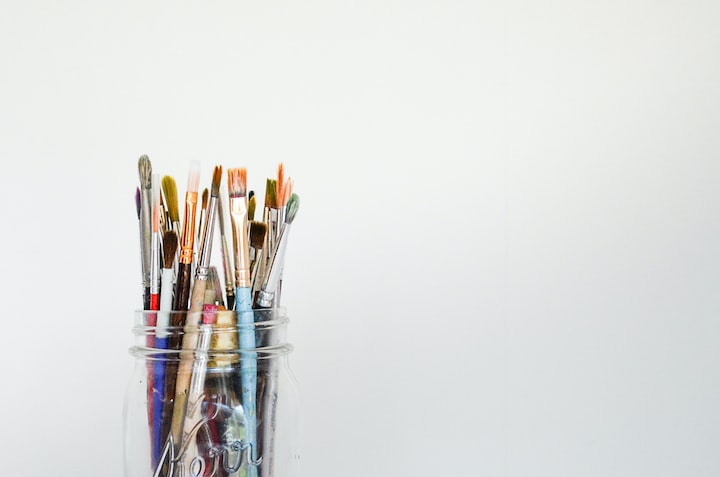 For some, especially for Martin Swoboda, his art reflects a sophisticated insight into the Black Live Matter movement within the United States and Europe. He has taken a brave stance, using his creativity and boldness to challenge our preconceptions of race and its place in the world today. He also pushes back against the status quo of racial injustice that permeates the fabric of our society and judicial systems.

Like life itself, abstract art symbolizes the psyche of what hides inside a person’s mind or what hovers above the surface to be seen by others. It is with this that Martin exposes the white privilege and passive to blatant racism that has saturated society for centuries while stifling the voices of others.

As will also abstract paintings, symbolism can speak with subtlety or shout as loud from a rooftop. Here, we see a mixture of voices, all yearning to breathe in a world that chokes the air from the lungs of People of Color, therefore, quieting them down.

What is in this piece that whispers in the ear yet shouts to our very soul?

For one, it’s the injustice and burden that’s placed on the black man to submit and taking away his right to question the world around him. For instance, in this painting, the black stripe could represent every POC, standing alone in a field of whiteness. Some parts of the black have been painted over, whitewashed to align with how society feels a POC should act or behave. It’s an example of how a black man’s voice is continuously silenced and how justice is rarely if ever, served.

The subtle hints of red and maroon are highly symbolic of the innocent bled shed of POPC due to police brutality and a racist and blind society who have turned their backs on the injustice of their fellow human beings. The crimson hues are also covered in white, an example of how politics, the media, and lies have sought to cover up the truth with words like, “if they’d only complied,” or “all lives matter.”

In today’s turbulent world of racial inequality, Martin shows that things like racism and white privilege need to change. Even though some have made efforts in their fight for racial equity, this, like Martin’s abstract painting, is multi-layered and shows that little has changed in 400 years.

While education on the Black Lives Matter movement is crucial to the saving of black lives and other POC, it will take more than protests. There needs to be those willing to hear the cries of those who suffered from racial injustice and speak out. In this case, it is past time to lay white privilege to rest. Long past is the time to ignore the evil that has become institutionalized in our society.

It is time to say their names: Breonna Taylor, George Floyd, Atatiana Jefferson, Botham Jean, Philando Castille, Michelle Cusseaux, Gabriella Nevarez, and others. Like the theme of Martin’s painting, these innocent people can’t rest until they’re allowed to breathe.

Art has and will always be an outlet as a response to politics. Artists use their skills to take on controversy and social dimensions that others aren’t able to do. By doing this, they themselves become the focus of discussion and seen as a force of political and even social change.

Art, in its essence, is a talent of free spirit and expression. It’s one that can’t entirely be stifled. It evokes emotions and has seen its way through the evolving ages of humanity’s reign on this Earth. It will also be the only thing that lasts longer. Art is something dictators, and conquerors destroy to erase a people, but it’s also the hope of great things to come.

I am a traditional and self-published author. I write in many genres like fantasy, urban fantasy, horror, romance, and science fiction.

Receive stories by Matthew Angelo in your feed
Matthew Angelo
Read next: Life, Liberty, and the Pursuit of Happiness: Where Did It All Go Wrong?