by Rishi Rathi 2 months ago in energy

If most of your business news feed, like mine, has been populated by the Evergrande situation in recent days, chances are that you are unaware of another looming crisis - the global energy crisis that is bound to wreak havoc across the Northern Hemisphere in the coming months. Oil, Gas, and Coal - three of the dirtiest fuels that cater to a staggering majority of our energy demands have seen skyrocketing prices in the past few months and that is certainly not good. 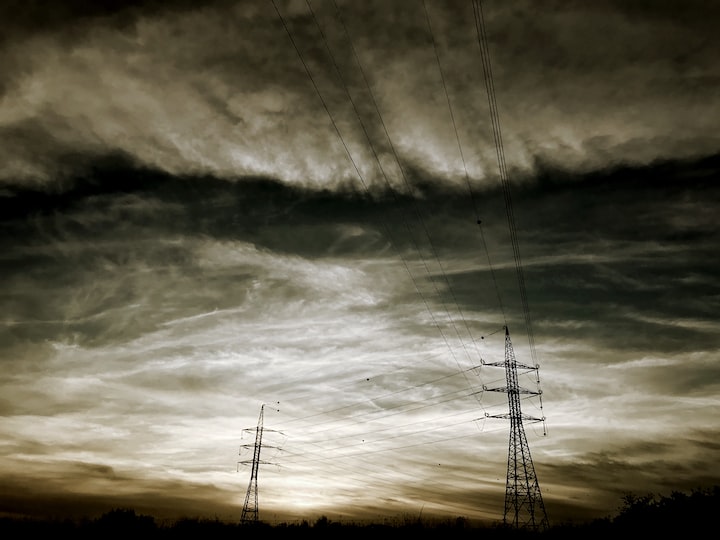 Photo by Igor Sokolov on Unsplash

Oil prices broke $80 a barrel this month for the first time in three years, gas prices are set to soar across the EU and the UK and higher coal prices have already led to the factory shutdowns in China. While there’s so much talk about decarbonization and investments in renewables, it might seem odd that conventional fuel prices are rising. Isn't that industry supposed to be on the decline? Well, sadly, not yet. Our dependence on these dirty fuels is far from over and the looming energy crisis is a living testament to the failure of investors and governments in ‘building back better’.

Amidst all this, not so surprisingly, renewables have yet again come under fire for not delivering enough returns on the investments made in them. A similar thing happened in Texas early this year when a historic winter storm (which in turn can be attributed to climate change) left millions without power. In Spite of the fact that thermal sources such as coal, gas, and nuclear also went down, the major blame was pushed on renewables such as wind and solar, which could not operate because they were never built to adapt to cold weather and snowstorms. What the event did prove, however, was that oil lobbyists have still not ceded ground and are still bent on making us believe that renewables are a bad bet.

Now coming back to the latest energy crisis, it wouldn't be wise to place the blame for this situation on one factor or two. Macroeconomics is obviously a lot more complex than that. There has been a rapid increase in energy demand from all geographies as countries started coming out of COVID-induced lockdowns. With economies and consumption inching closer to pre-pandemic levels, industries are up and running once again and so is the power demand. Things however get tricky on the supply side. Hurricane Ida in the Gulf of Mexico and the heavy rains in Indonesia have hampered oil infrastructure and coal mining respectively. With regards to gas, there has been a shortage of supply from Russia to the EU which has led to low gas storage levels across the bloc. While all of these natural and geopolitical factors have affected the supply to some degree, perhaps the biggest hit comes from under-investment.

The pattern of energy investments in the past few years has been very tricky. This seems logical given that most countries are in the process of phasing out conventional fossil fuels in order to make way for renewables. Oil and gas industries were one of the hardest-hit industries during the pandemic and resultantly, the infrastructure has suffered. The lack of investments in this sector, owing to increased price volatility, a shift towards renewables, and cleaner investing trends, has been a major turn-off for suppliers who were not making enough profits and hence chose to shut down. As the demand for energy increases, the absence of a complementing infrastructure has led to broken supply chains and thus, an energy crisis started brewing.

While researching on this topic, I came across a rather interesting take by Jeffrey Currie of Goldman Sachs, who says that the current crisis is “Revenge of the Old Economy”’. According to him, the energy crisis that’s sent natural gas and power prices to record highs is a sign of “revenge” from “under-invested” legacy energy sources like fossil fuels. He says that the problem is not specific to one geography or one industry but is “a broad-based old-economy problem”. He also goes on to say that “the new economy is over-invested and the old economy is starved”, referring to certain regions where solar and wind are over-invested.

Now as intuitive as this may sound, here’s a counter view - we are still not doing enough to transition to green energy. A 2020 research from Sustainable Energy for All (SEforALL) shows that energy access finance continues to be significantly off-track to meet the 2030 Sustainable Development Goals (SDGs) targets. “Huge amounts of planned investment and funding support continue to be delayed or face multiple barriers, limiting impact on the ground and depriving vulnerable populations of energy access”. IES (International Energy Agency) estimates that “Global annual investment in renewables needs to grow by a factor of five”.

These 2 countering views are an accurate representation of global climate efforts at this point and the looming energy crisis is a living example of how half-hearted climate action is more dangerous than no climate action at all. This crisis, similar to all the other effects of climate change, is most likely to affect the most vulnerable populations who have limited access to resources. Inflation, unemployment, homelessness, crime, mortality, etc. are all linked to each other and the longer we take to make up our minds on climate action, the more some people will suffer. What we need is radical immediate action and anything less than that is more damaging than nothing at all. In the words of Greta Thunberg, “We can no longer let the people in power decide what hope is. Hope is not passive. Hope is not blah blah blah. Hope is telling the truth. Hope is taking action.”

Musing over sustainability and impact and ways to make the world better than we inherited. I'm learning while I write and I want your opinions on my stories.

Receive stories by Rishi Rathi in your feed
Rishi Rathi
Read next: The Role of Social Sciences in History