by Matthew Primous 5 months ago in congress 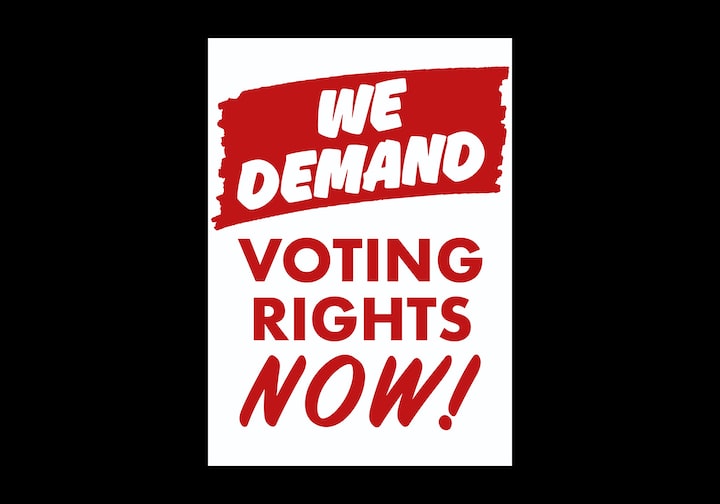 Democracy has never been equal. It has never been easy and without trouble. These times and like other times, we must rise above the occasions. We must stand against all the injustices in the land because our nation must repay the issues of its beginning. We cannot turn a blind eye to this discouragement of unity. The most powerful force and freedom is the right to vote. Voters choose those who govern and ultimately decide the government. When we neglect to vote, we neglect to build a government that protects and provides liberty. America enjoys its liberty in every form. For liberty, the founding fathers fought one of the world's most powerful armies dreaming of a nation that cares about its citizens. For liberty, they fought to instill principles and education into citizens so they might in turn preserve the union and happily live at peace with their neighbor. For liberty, our soldiers fought relentlessly to keep America we know and love so dearly. To undermined voting is to undermine hope. Voting relies on faith in the common good of this nation. That wrongs can be repaid with good, that each one of us has a purpose to be at peace with one another. We must set aside all divisions, punished every discrimination, and fight for every American through the will of the people revealed through voting. I cannot stress it enough. Voting is sacred to the union. Voting is the highest citizen duty to their country and the true test of patriotism. It is up to us to take the lead and fight suppression. It is up to us to be the will of the people and fight for representation. Laws can be changed and legislation must represent America. We cannot swear allegiance to obey when the laws are injustice. History has taught that Americans naturally and gradually refused and even revolt against strict and authoritative leadership. Yet our future is being decided for us blindly in the past and presently. And if we do not fight then it is clear our rights will be stripped of us, and the policies we care so dear, about might be destroyed through the process. Granted that we need more representation and more political awareness by the people. The people must be told the truth that gerrymandering denies justice. Districts have been historically decided by competitive striving bureaucrats meant for the people to lose. When the people who have no interest in unity are controlling the government then the people lose. When we stand idly by and watch without working earnestly, the people lose. There comes a time where courage is needed. Courage is not exactly necessary but it is prevalent against fear. We must rise above every fear challenging the legacy we know and building the legacy we should have. Justice is the purpose of government. Voting is meant to find the leaders who will administer it. America needs those who can stand on their bootstraps and fight for justice. Those who can call out the wrong and challenge it with the ideas that will bring freedom. Those who can stand away from the ideologies of division and indifference. America needs towers of strengths and pillars of wisdom to guide the will of the people. We need it now for education is nothing without purpose and character. We must show purpose and character to create a nation of strength and moral conquest. I hope you join me and commit your legacy to this enduring principle and concept that we must protect every vote and end the lie. Your vote matters and your voice has to be heard. The time is now.