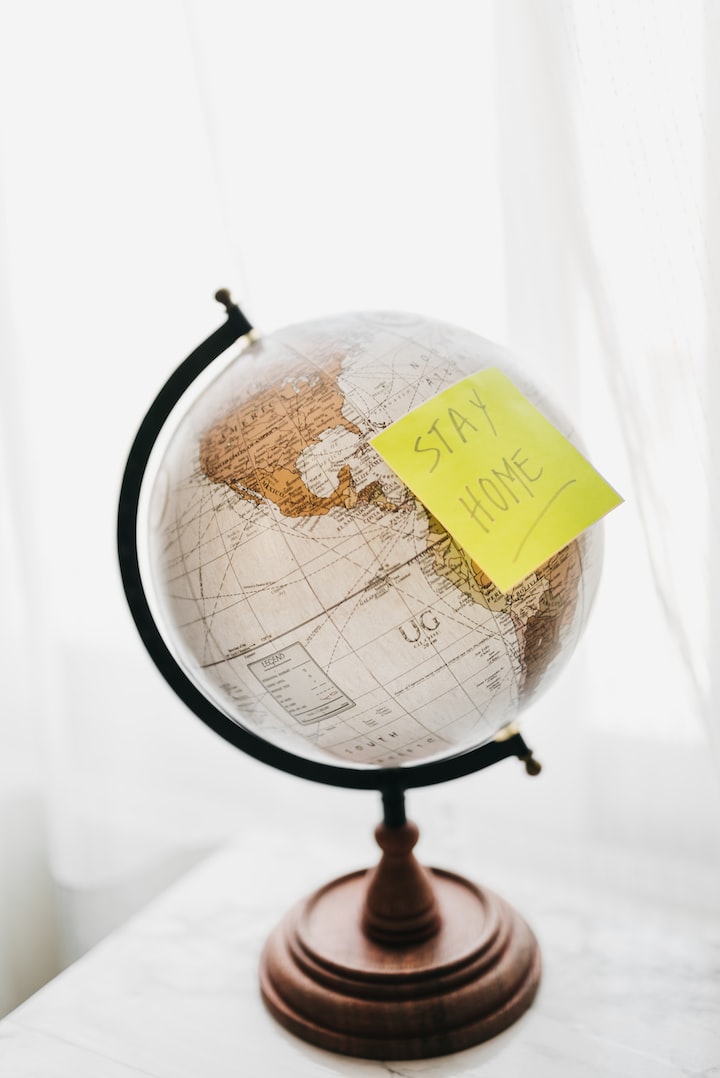 So it was that in the year of our Lord Two thousand and twenty that the world was hit by a great fiendish plague of untold magnitude that spread to all corners of the world bringing disease, dis-ease, malaise, pain, sorrow, and confusion. Like a great whirlwind, it swept through the world - upending countries, governments, communities, education, and life, leaving death, tears, and confusion in its wake.

But alas, this was just part of a macabre scene, a violent unending dance of destruction and pain. Before the plague, the world was like a violent spinning top moving from one end of the earth to another gathering speed and momentum. There was neither let nor pause – a sad tale of violence and destruction from one day to the next. The media constantly barraged us with news of war, natural disasters, injustices, murder, political upheavals, climate crisis, riots, crime, disasters, cyber wars, trade wars, stock market volatility – on and on it went, the giant spinning top, gathering speed and momentum with every crisis. No sooner had the world uttered a sigh of relief for the end of one crisis than another erupted. It was almost as if the world was turning on itself – a strange game of who would destroy the other first.

Like one in the throes of a bad dream, the inhabitants of the world watched in horror hoping fervently to awake and find it was not real. Where does one even begin to tell this macabre tale? Is it

 The migrant crisis with many drowned, displaced, stuck at borders or in refugee camps

 The dire climate warnings and rallies by Greta Thurnberg

 The Brexit debates that polarized the United Kingdom

 The Impeachment debates that polarized the United States

 The Trade Wars between the United States and China

 The heightened tensions between the United States and China, Russia, Iran, and North Korea

 The riots in Chile

 The drought, devastating forest fires and floods in Australia

 Hurricane Dorian in the Bahamas

 The Vaping deaths in the United States

 Insurgency in Northern Nigeria or

The list is endless – hurricanes, cyclones, and other natural disasters; air disasters; train accidents; deaths; migrant and refugee crisis, war – on and on it went.

Then came the Corona Virus disease dubbed COVID19 – an insidious silent disease with symptoms as mild as a cough, cold, and fever to severe symptoms as pneumonia and respiratory complications leading to death. A silent moving killer spread through droplets from an infected person long before signs or symptoms become evident. As the disease moved from country to country, it became clear the world was dealing with something different from the others (SARS, MERS, Ebola, Lassa Fever). Sickness and infection rates spiked with high death rates recorded in some countries. COVID19 had morphed from a localized epidemic to a worldwide pandemic of disastrous proportions. Suddenly, COVID19 has taken center stage with all else becoming background noise. All the wrangling, disputes, politicking, tensions, accusations, bickering, and other divisive world issues have taken a back seat.

My purpose here is not to be a doomsday prophet but rather to highlight some things that have become glaringly clear:

 Governments are failing in providing and maintaining basic healthcare for its citizens especially the most vulnerable (aged, poor, homeless, and economically disadvantaged).

 When health care follows the whims and caprices of capitalism, all suffer eventually

 Continuous long-term budget and pay cuts in the areas of healthcare, education, and citizen welfare, are proving fatal in the time of crisis.

 The world is quickly realizing that overworked and (often) underpaid health care workers and professionals are the ones we now depend on. They are now being referred to as frontline staff after years of being improperly funded and inadequately equipped

 We are reminded of the importance of social interactions, relationships, work and earning an income as well as the value of everyday freedoms, rest, and time with family

As this crisis rages on, it is obvious that defeating this virus requires continuous worldwide effort and cooperation. Hopefully, we will turn a corner soon.

Hi, I am a creative writer & content writer. Poetry, quotes, and social essays are my thing. Love food, African fashion, movies, music, and dance. You can connect on Twitter @IFaminu and Instagram @wordsrwine