Will cryptocurrency DENT ever hit $1 or $2?

by Aamir Kamal 12 days ago in blockchain

Can a DENT coin reach 1 dollar in the future? 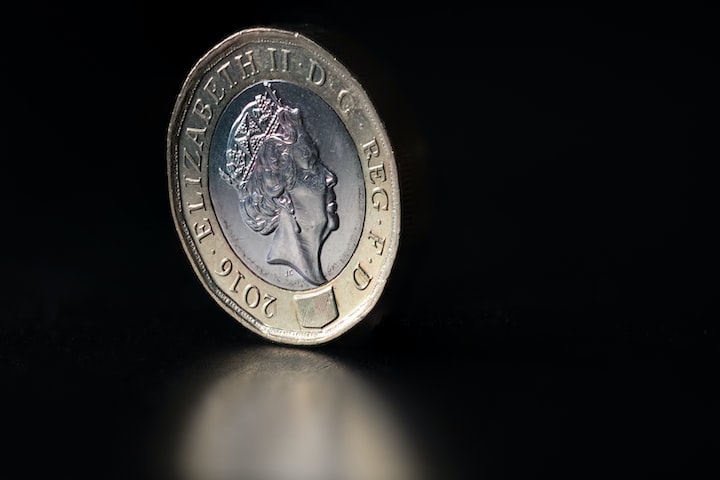 Photo by Steve Smith on Unsplash

Will cryptocurrency DENT ever hit $1 or $2?

I'm not sure if you've heard of Dent, but it's a cryptocurrency that has been on the rise lately. I am going to tell you all about Dent and how it might reach $1 soon, but let me break down what a cryptocurrency is for those who don't know. They are digital currencies that exist only in computer code and aren't regulated or centralized by a government or bank. Now there are many different types of cryptocurrencies out there with many different features from Litecoin to Ripple to Bitcoin, but my favorite one is still Dent because of its great decentralized system. There is no need for miners anymore because the transaction fees will be split among everyone using Dent which means no more ASICs! You get an interest rate.

Dent Coin is a growingly popular cryptocurrency that has recently gotten a lot of press. Dent is a new digital mobile operator that was founded in 2017 and offers eSIM cards, mobile data plans, call minutes top-ups, and a roaming-free experience. Dent uses blockchain technology's abilities to create a worldwide marketplace for mobile data deregulation, according to the firm website.

Dent is a new mobile application that offers personalized, reward-based advice through an AI chatbot. By 2021, Dent plans to expand its services into additional countries, according to its extensive roadmap. Dent has already acquired over twenty-five million mobile phone users, and the company's solutions are accessible in more than 140 countries. Dent has established key relationships with Samsung Blockchain, The Enterprise Ethereum Alliance, and Telecom Infra for business clients.

Tero Katajainen is the creator and CEO of DENT Wireless. In 1999, he earned a master's degree in science from Tampere University of Technology after graduating. DENT Wireless was co-founded by Mikko Linnamäe.

Dent is a firm that developed Dent Coin, which aims to revolutionize the worldwide mobile data network. The goal of DENT, according to the company's website, is to become the global marketplace for mobile data in the world. In their vision, like other commodities such as crypto/stocks are traded today, the world's mobile data may be bought, sold, or donated. DENT wants to free consumers from the shackles of service providers and establish a decentralized market where mobile data may be freely exchanged as a commodity. Dent Coin or Dent Tokens will be used to pay for transactions on the Dent network.

Why Does the Crypto Community Love Dent?

Dent is a disruptive force in the mobile communications and data services industry. Today, over half of the globe's population lives in areas where mobile services are inaccessible due to high pricing by traditional mobile carriers. Dent uses blockchain technology to revolutionize this industry by providing worldwide airtime and data access. Dent wants to erase the mistaken belief that your mobile data is linked to your location by becoming a worldwide digital mobile provider.

Dent provides international mobile plans in order to meet the demands of today's global people, who will no longer be subjected to roaming expenses. Customers can pay for anything on the Dent platform by using DENT tokens, which means that all transactions are recorded on the blockchain and there's no way to make a purchase without receiving it. Dent tries to provide mobile airtime and data access to anybody who wants it, regardless of where they live.

Does DETN Coin Have Potential To Hit $1?

The cryptocurrency market has recently seen a significant drop. While the crypto market had been on an upswing for the past several weeks due to several coins, it is rebounding once more. DENT Coin is a promising cryptocurrency with a lot of promise. Furthermore, when there is a lot of interest focused on them, the prices of cryptocurrencies frequently rise. Dogecoin recently experienced this phenomenon after receiving a lot of attention. Dent might be the next currency to explode in 2022, according to several crypto experts. However, it's wise to treat these claims with caution.

The price of the DENT Coin is trading at $.005811, which makes it one of the most undervalued coins on the market. While it's true that investors should always do their own research before investing in crypto, because the crypto markets can be quite volatile, at the time of writing this article, the DENT coin is among the most undervalued cryptocurrencies. Given that DENT wants to become the world's only coin and supplant WhatsApp, this is feasible since all of the top 10 Telecommunications Companies are worth $1T between them.

I feel that DENT has the potential to become one of the world's top five coins, and they also have to establish themselves as having a real possibility of becoming the absolute best. They may even go on to dethrone all phone companies and reach a $1 trillion market capitalization.

I will make a Dent coin price forecast for 2022 today

The current value of the Dent coin is $0.005811, as I mentioned above. Despite the fact that the Dent coin's price has yet to reach one cent, it has achieved significant heights since its inception in 2018. In 2018, Dent currency was introduced on a cryptocurrency exchange. As a result, the value of the DENT token soared dramatically in 2018. After that, the Dent coin has had a difficult time. Yes, there is presently some momentum in the crypto market, which is why the currency's value is also increasing somewhat. However, if you want to invest in this Dent cryptocurrency for long-term gains, you should not do so.

Since Bitcoin surpassed 61,000 dollars in March 2020, the cryptocurrency market has exploded. The crypto markets have evolved into a common destination for investment, similar to stock exchanges. Every day brings new developments. Dent, however, quickly became the greatest crypto bull ever and gradually. Dent is currently trading at a significantly lower level than it did at its peak of 1.40 cents, so it may be possible to surpass that barrier. Dentcoin's price is most likely to rise to $1 or $2 after crossing the $0.0099 mark. Ethereum 2.0 is approaching rapidly, and with interest in bitcoin set to surge, it's reasonable to expect that cryptocurrency prices will follow suit.

Users will need DENT Tokens to purchase mobile data products if they are significantly cheaper to buy from the DENT Exchange than from existing markets, or packages become more appealing due to the ability to sell extra data. The value of DENT may appreciate due to increased demand since the supply is fixed.

The rate of appreciation for DENT, which is the token in the mobile data market, might mirror the size of that market. According to GSMA, the size of the mobile data market is expected to grow, and DENT may be valued higher as a result. In general, the value of DENT is likely to be affected by changes in the market price of data packages on the DENT Exchange. As the cryptocurrency market is still young and the technology is in its infancy, scaling transactions to mass-market speed may be a problem. In addition, there is uncertainty surrounding potential future cryptocurrency regulations.

Dent coin has a huge potential, and there's a lot of room for growth. Dent coins will most likely reach $1 in the future, but we must have a great deal of patience to do so. All we need now is time.

Receive stories by Aamir Kamal in your feed
Aamir Kamal
Read next: The New Normal of Blockchain & Cryptocurrency: An Overview of Current Trends in the Industry