by Varga Norbi 12 months ago in bitcoin
Report Story

As technology and legislation are yet to harmonize 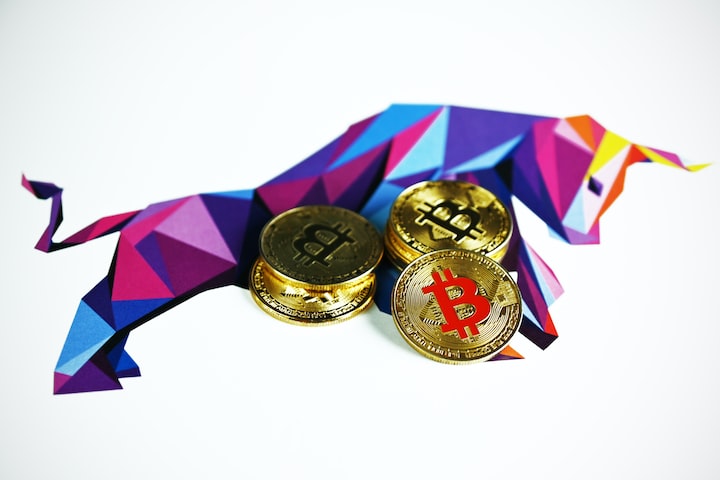 Crypto has been a major player on the modern investment scene, as financial success stories began circulating on the internet in unprecedented numbers. While it is undoubted that many have raised impressive fortunes from Bitcoin, Etherum, Doge and more, just how foreseeable is a future where cryptocurrencies effectively overtake the national coins?

Leaving aside the sometimes speculative “investor’s viewpoint”, this article aims to present a rather different perspective, from the eyes of the law.

Unsurprisingly, among the many difficulties the large-scale implementation of crypto faces, there are plenty of legal incompatibilities with these values, some of which bearing pretty impactful consequences.

Since this piece is not aimed to your typical lawyer, judge or law expert, I’ll do my best to cover the subject without using too much legal terminology.

Disclaimer: I personally study the legal system of a EU member state, thus some differences in terms of the applicability of the law are unavoidable (the fundament is relatively generic though, so it may very well be pretty similar in most jurisdictions). This piece is meant to be nothing more than just a personal opinion, do not view this article as professional legal advice!

The Legal Nature of Crypto

Our discussion begins with a simple question: What are cryptocurrencies in the eyes of the law?

Eliminating the obvious, cryptocurrencies are not legally recognized as viable money. Countries, mostly through their constitutions, clearly state what the national currency is, and the terms under which a foreign coin can obtain official recognition.

A common practice is to give this competence to the federal bank of the particular government. The vast majority of foreign national currencies do get this recognition as standard, under the common virtues of intergovernmental collaboration and more aspects of international law. A shared characteristic of most currencies is their centralization, which is usually attributed to the federal bank of each government.

A recent decision of the French Supreme Court gave a generally-accepted answer to our question: Cryptocurrencies are non-corporal, fungible goods.

Legally speaking, crypto is similar to a bag of apples, as fungible items, but is also non-corporal, like a software. Goods can be anything, from toys to cars or houses, anything other than rights, money and other items which by law follow a different legal regime (such as parts of the human body, under specific conditions). It will soon make more sense, hopefully.

Why does this interest us? Because if you and I engage in a sale contract, such as me selling my car to you for 1 bitcoin, that will not be a legally valid sale!

Why We “Cannot” Validly Sell Anything in Exchange for Crypto

This takes us to the legal nature of contracts. Unlike popular belief, a contract is not merely the physical support (such as the piece of paper) upon which we write the terms of our convention. This practice serves as a legal formality, which is sometimes done to create proof of our actions, while other times it is a condition of validity to our sale.

We’ll detail that in the next section, but for now, let’s analyze the legal nature of sale contracts. Again, in order to keep things simple, we’re not going into too many specific legal details.

A sale is the convention in which one party (the seller) transfers the property of an item, and associated rights, to another (the buyer) for the set price. To put it very simply, a sale contract can be resumed to giving a thing for a price.

That thing can be essentially anything legally qualified as a goods, and the price is set in, you guessed it, money! Most legal systems know institutions which “go around” this issue, but an in-depth analysis of these can take up hundreds of pages, and most of them are quite rare to naturally come by, outside of the legal professions (which is why we’re keeping things simple).

So what are the consequences?

Qualifying the Contract and the Problem with It’s Consequences

If we cannot simply sell goods for crypto, how do we qualify an agreement in which the “seller” trades a good for a so-called “price” conveyed upon in cryptocurrencies?

Since we already know that cryptos will be legally qualified as goods, and we’re trading them for other goods, such as houses, cars or anything alike, we essentially get a contract where both parties exchange nothing but, and I already feel like I’m repeating myself too much, goods.

This type of convention is qualified as an exchange. This rule of thought has also been expressed by the French Supreme Court in the ruling we’ve previously referenced, which was largely accepted by governments operating on legal systems founded on the Roman and Napoleonic institutions.

Now you may be wondering what the issues are, and to be honest, it can be difficult to point them out at the first glance. Since this problem is relatively new, and consistent jurisprudence is yet to develop, I’ll only present two particular scenarios which have already created legal controversies.

When it comes to the transfer of property rights over real-estate, many jurisdictions have publicity policies closely tied into the local registries. These files act as track-records of previous ownership, legal incidents involving the property and many more, requiring individuals to register themselves as the new owners, in order to fulfill and protect their property rights.

It is an essential aspect of real-estate ownership.

Additionally, contracts which transfer the property over real-estate goods require a written, authenticated form, not only to aid with probation, but also as a validity condition of the contract in question.

In short, an unauthenticated contract through which a house is sold, is not legally valid, and cannot transfer the property rights to the new “owner”.

This authentication process is generally conducted by notaries or other legal professionals whose attributes allow it. The costs of this authentication are determined by the value of the trade, where crypto’s volatility can raise rather strange issues.

First off, the concept and functionality of crypto is still foreign to most public notaries, especially since the crypto scene has not yet been implemented in legal textbooks and specialty articles. Notaries can refuse to authenticate certain acts under certain conditions, that unless they choose to go through with the procedure and have it either wrongly qualified, or wrongly priced.

Since most legal professions take use of public power (such as authentication) very seriously, the sanctions for misconduct or error are just as severe. Thus, it is not uncommon for notaries (especially older individuals) to not get involved with conventions which trade crypto.

The Stability of It’s Value

When a contract, such as a sale, is affected by an institution nullity or invalidity, the common effect is to put the parties back in their initial situation. Thus, in an everyday sale, the buyer would get his money while the seller would receive the property and accessory rights to the item back.

In case of an exchange, both parties give back the goods they’ve traded, and if that’s not possible, either similar goods of the same quality and quantity or their monetary equivalent.

At first glance, this does not imply any issues if the goods are cryptocurrencies, unless we make some observations, using Bitcoin as a reference.

Legal systems prefer stability, which is why in the case of an exchange, the first obligation is for both parties to trade back the goods in their nature, as if their agreement was never perfected. This leaves little-to-no room for debate, since everyone gets back exactly what they’ve had before. This would require the exact same Bitcoin to be traded back, which is highly unlikely if a considerable period of time has passed from the initial exchange.

The second alternative, if the first is not possible, is to trade goods of the same quality and quantity. This requires the party who received the initial Bitcoins to buy just as many as he or she received, in order to trade them back, where the value volatility comes into play. Things get more obvious here, as the market value of cryptos can heavily fluctuate over the span of a year or two.

Thirdly, parties can give the monetary equivalent of the initial Bitcoins, which brings us to our conclusion, so hold these last few paragraphs in mind.

An Excess in Litigation

If we find ourselves in the second or third scenario of having to trade back goods, it is highly unlikely for people to solve the matter extrajudicially.

One party will seemingly have to pay more than they’ve initially received, due to the immense market volatility of the value they’ve exchanged. The other, will apparently have to opportunity to make a profit off the nullity of the initial exchange, given how valuable some cryptos are.

Indeed, there certainly are institutions designed to moderate these scenarios, but here is where the fundamental issue comes into play!

In order to apply these institutions, parties will have to go to court. It is quite difficult to image that people who can seemingly profit, or collaterally lose a couple of thousands of dollars, would solve the issue through a gentleman’s agreement.

Most judiciary systems are already crammed, and efforts are being made to reduce unnecessary litigation as much as possible. Unlike with regular money, where the only considerable factor of volatility is inflation, and a few more systematically-applied institutions, the invalidity of a contract which trades crypto is much more likely to require a court ruling in order to determine the just conditions of its effects.

More stories from Varga Norbi and writers in The Chain and other communities.