Who are the users of OFZ?

by OFZ 10 months ago in alt coins
Report Story

Who are the users of OFZ? 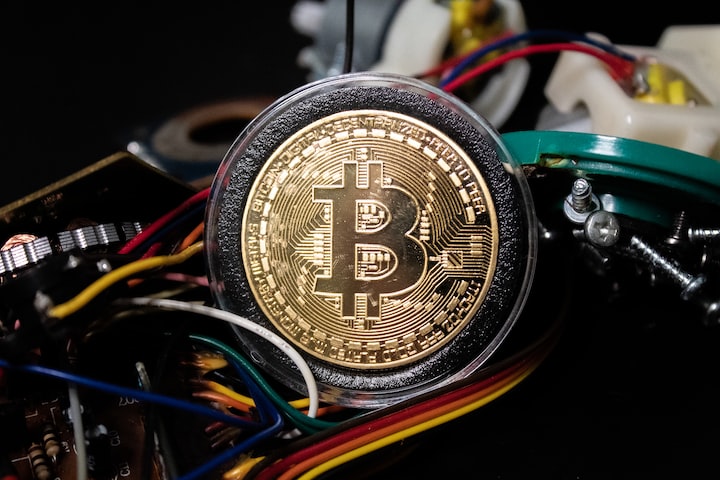 Photo by Brian Wangenheim on Unsplash

We have made a basic introduction to OFZ earlier: this is a decentralized exchange that allows users to conduct cross-chain transactions of stable coins and mainstream currencies.

Let’s take USDT as an example. With OFZ, if users want to exchange USDT in Ethereum for USDT in BSC, they no longer need to go to the Binance Exchange for tedious deposit and withdrawal operations. You can now exchange the USDT in the Ethereum wallet to the USDT in BSC and transfer it to your wallet address in the BSC chain by just one-click on OFZ.

In addition to the great significance of OFZ for cross-chain transfers of large stable coins for individual traders, it also has a non-negligible value for major decentralized exchanges that are currently undergoing cross-chain attempts.

Since the beginning of this year, with the raising of Ethereum Gas fees, the lead exchanges such as Binance, they have launched their own decentralized public chains compatible with the Ethereum virtual machine (such as Binance’s BSCo). Subjectively, this approach of exchanges is to compete for Ethereum’s traffic and users, but objectively, these public chains have also played an important role in the development and growth of Defi, and also greatly eased the development and growth of Ethereum pressure.

With the development of these public chains (BSC, HECO, etc.), exchanges like Uniswap (such as Pancake in BSC and MDEX in HECO) have appeared in their respective ecosystems, and the development of these exchanges is also quite amazing. Its trading volume now even exceeds that of the original Uniswap. This is enough to prove that they have attracted a lot of users and traffic. As their volumes have gradually grown, these exchanges have also begun to be dissatisfied with only relying on their original blockchains, and have begun to deploy other public chains.

The most typical is MDEX. This decentralized exchange that started from HECO and has ranked first in mainstream currency trading volume is now also deployed on BSC, which means that MDEX supports both HECO and BSC.

However, due to the different ecology in HECO and BSC, the tokens supported by each are also different. For example, before MDEX deployed on BSC, there was no MDEX native token MDX in BSC, and similarly, there was no Pancake native token CAKE in HECO.

Now here is the problem? If a user who trades in HECO wants to exchange his MDX for CAKE in BSC, what should he do?

According to the usual practice, he could only go to the Huobi and exchange MDX for USDT, then transfer USDT into the Binance, and then buy CAKE on Binance or Pancake. This involves cumbersome operations and various inconveniences in centralized exchanges again.

Although there is now MDEX that supports both HECO and BSC, it is still tricky to handle such transactions. But with OFZ, MDEX has an extremely smooth and convenient cross-link route. Specifically, MDEX can integrate OFZ, and then meet the needs of users to exchange MDX for CAKE in the following ways.

First, the user initiates a transaction to exchange MDX for CAKE on HECO from MDEX. After received this transaction, MDEX first converts MDX to USDT in HECO. Then OFZ will convert USDT in HECO to USDT in BSC, and then MDEX exchanges on BSC exchange USDT to CAKE. The entire exchange process will be completed.

During the entire process, MDEX located in the two blockchains of HECO and BSC only executes the transaction of MDX exchange for USDT and USDT exchange for CAKE, and the exchange from HECO USDT to BSC USDT is completed by OFZ. OFZ is equivalent to a cross-chain router from HECO to BSC.

OFZ is a decentralized cross-chain exchange that enables stable coins and other anchor crypto assets, like ETH, BTC etc. to be swapped among multi-chains.

OFZ aims to solve the problem that assets among different public chains are isolated and cannot circulate permissionlessly across.

In term of cross-chain transaction, comparing with other DEXes in the market, OFZ charges are lower, the experience is better, and the asset exchange itself is more secure.

More stories from OFZ and writers in The Chain and other communities.