by K.C. Nord 2 months ago in bitcoin

THE LEGEND OF BITCOIN 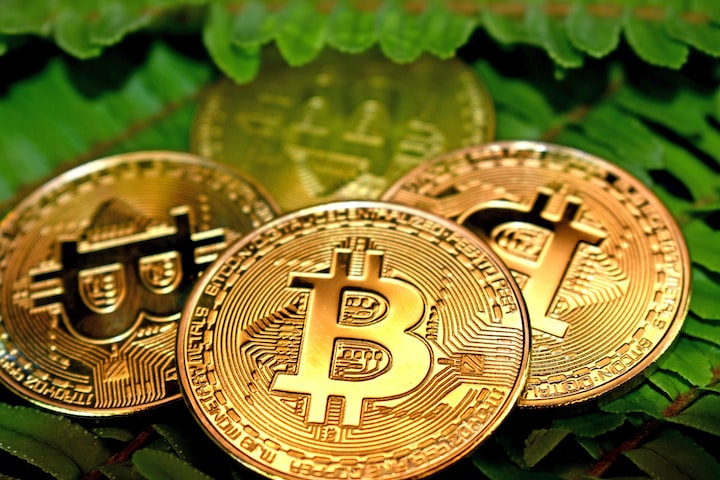 I staggered a little as I left the bar with more than a slight buzz and a bottle in my hand. Unfortunately, the alcohol wasn't enough to make me forget everything that had happened earlier that day before my wedding.

I took off my shoes and went for a walk along the beach; the scents of jasmine and salt filled the cool night air that blew through my hair. It was a beautiful night perfect for lovers, but all of that was lost on me as I stared out bitterly over the almost deserted beach.

This was to have been my honeymoon until earlier when I'd caught my fiance Stacy with the best man, my former best friend, Brad. I'm just lucky that I found out what they were up to before the wedding instead of after when it would have been too late.

Earlier I'd had one of my infrequent stress headaches after our long flight and had retired to my room to sleep it off.

I'd woken up a little sooner than I usually would after one of these headaches and saw them out on the terrace talking. I was going to join them, but something about their posture seemed a little too intimate for just friends. And that was when Brad kissed her, and I watched, stunned as she kissed him back.

I slipped out the side door and went around to the side of the veranda, and listened as they made their plans. Apparently, Stacy had been planning all along to marry me for the Bitcoin, and then she and Brad were planning to take me for everything. There's nothing like a little eavesdropping to learn what people really think of you, I thought.

"I can't stand it when he touches me," Stacy gave a mock shudder of disgust.

"It won't be for that much longer baby, we just have to keep up the pretense long enough for you to get what you deserve," he said, stroking her hair as she laid her head on his shoulder.

Before long, they would both get what they deserve, I thought and turned away from my view of the ocean to watch as the police cars with flashing lights turned into the villa's drive. I'd started checking in to things after that little scene out on the terrace and what I'd found wasn't pretty. For the last two years, Brad had been embezzling from his employer; he took a little here and there but over time, that little bit added up to over two hundred and fifty thousand dollars.

When Stacy had told him about me inventing Bitcoin, he'd seduced her to get his hands on my money.

While technically, Stacy hadn't done anything illegal, she would still have the humiliation of being involved with a criminal and watching her lover get sent to prison for embezzlement.

I took a drink from my bottle of beer and gave a cynical laugh. This only proved that I was right about keeping my identity secret, nobody could know who and what I was. Otherwise, I would never be able to tell my friends from the Stacy's and Brad's of the world.

"Mr. Nakamoto, your jet is fueled and ready to go."

"Thanks, Michelle," I said with a smile at my loyal assistant. "But I think that it's probably time for a name change. What do you suggest?"

"I've always liked the name Tony," she said with a smile.

"Tony, I like that. But we still need a last name," I laughed, and we watched as they cuffed and arrested Brad while a screeching Stacy ran out into the drive behind them as they drove away.