What is XLM Stellar Lumens?

by Nick Davies 16 days ago in alt coins

And How to get some for free! 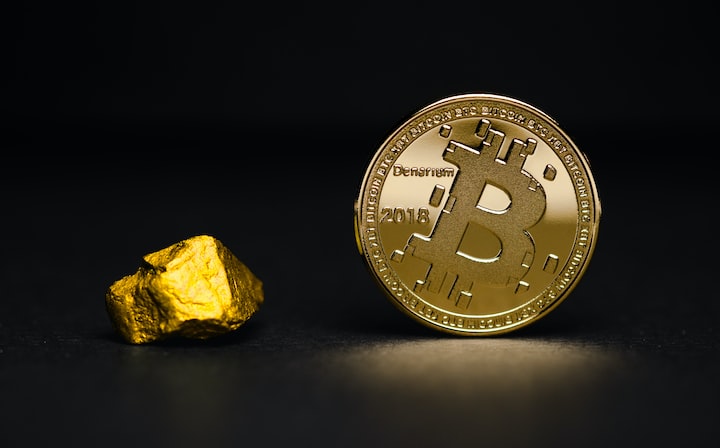 One of the oldest cryptocurrencies out there: XLM Stellar Lumens.

Now, although all these terms are usually interchangeable, they actually refer to different things. Stellar is the network, Lumens are the blockchain's native tokens and XLM is their market abbreviation, the so-called ticker. Stellar's goal is to bridge the gap between cryptocurrencies and fiat currencies, by using the best of the two worlds: Fiat's wide adoption and the blockchain's decentralization and speed of transactions. Unlike other projects, it doesn't look to replace fiat currencies, but instead to bring them into the new era of borderless, nearly instant and virtually feeless transactions. So how does it do that? Hang with me for a few minutes as we answer the question:

What is Stellar XLM? Stellar is an open-source network for currencies and payments.

It was co-founded in 2014 by Jed McCaleb, who previously founded Ripple, and , and the network was launched in 2015. That's even before Ethereum! Stellar allows its users to send dollars, euros, pesos, yens, and potentially any other currency to anyone with a Stellar address, anywhere in the world, with practically zero fees and in just a few seconds. And even though there are platforms nowadays that offer such transactions in the traditional financial system, Stellar does it blockchain-style: Decentralized and uncensored.

So, how do they do that? How do they bring fiat currencies onto the blockchain? The answer: By tokenization. If a Stellar user wants to send dollars to another user they don't send actual dollars but "dollar tokens". These are tokens that live on the Stellar blockchain, have the same price as the dollar and are backed 1:1 by actual dollars in a bank account dedicated to this purpose. So when a user wants to "cash out" to actual fiat dollars there's always the necessary reserve to get their money. If you're thinking "Kris, that sounds a lot like stablecoins, such as Tether, or DAI, and USDC", well, it's because it sort of does. In fact, Stellar boasts they invented stablecoins before it was even a word. But there are some key differences. Because Stellar was built with this exact purpose in mind, it takes the concept to a whole new level. The network doesn't privilege any particular currency but instead can be used to tokenize any currency in the world.

So, on the Stellar network you can have dollar tokens, euro tokens, yen tokens, and the list can go on and on. The tokenization process is integrated right into the network protocol and fully documented, making it extremely easy for any fintech company to issue fiat backed tokens. In fact, anything can be tokenized in the same manner, not just currencies: gold, silver, shares, corn bushels, or your hour as a consultant. Stellar achieves that through third-party companies, called Anchors. These companies take on the responsibility of bridging the gap between Stellar and blockchain and the traditional financial system, either by issuing tokens or working as fiat on/off ramps, or both. And in exchange for these services, they usually charge some sort of fee.

The Stellar Development Foundation, which is the non-profit organization founded in 2014 by Jed McCaleb that works for the advancement and development of the network, sets some standards that all Anchors should meet. These include always having a reserve that matches the issued tokens in a dedicated, audited bank account, complying with local regulations, applying KYC and AML policies when on-ramping or off-ramping users, and using local bank transfers and not wire transfers. For these reasons, Anchors are usually local businesses that issue a particular currency and serve customers in their specific country or region. That's not all Stellar has to offer. Users can exchange any token they hold for any other token on the Stellar network, peer-to-peer. Because Stellar has a Decentralized Exchange, or DEX, built right in the network, with its order book and everything. All trades are atomic, meaning either both sides of the trade complete simultaneously or none does. What's more, let's say you have a business in the US and you want to pay a vendor in Mexico, but they want to be paid in pesos. You can send your tokenized dollars to them and they will be converted on-the-fly, using the best conversion rate, to their respective pesos tokens. Which then the vendor can use to pay their suppliers or cash them out for fiat pesos, without having to convert them first. Borderless transactions in your local currency at their best! So, what about Stellar XLM or Lumens- the tokens? Lumens are needed to pay the fees for transacting on the stellar network. The minimum fee is 0.00001 XLM; practically zero, making Stellar Lumen ideal for micropayments. And with transactions that are finalized in 5 seconds, Stellar does feel like cash.

Now, Stellar Lumens aren't mined or produced. Instead, 100 billion Stellar Lumens were created upon network launch, with a 1% yearly inflation rate. But in October 2019 the inflation was removed and the total supply of XLM was reduced to a little over 50 billion, and no more Lumens will ever be added to this number. About 20 billion of them are in circulation at this time and the rest are held by the Stellar Foundation to develop and promote Stellar This large supply is probably what's keeping the price of XLM at relatively low levels, but that doesn't prevent Stellar Lumen from holding the 15th position in market cap, at the time of recording. /////////And although XLM saw a steady decrease in price since its all-time high of 86 cents during the December 2017 bull run, Stellar Lumens 2020 price has seen an increase of more than 100%, from about 4 cents at the start of the year to around 10 cents today! Do you think the rise will continue and can XLM attain its all-time high prices again? Or even surpass them, now that the supply has been halved? Let us know in the comments. If you're bullish for XLM, but don't have any, or want to buy more, look no further.

Now, if you're wondering what kind of consensus algorithm Stellar uses, it's none of the usual suspects, like Proof-of-Work or Proof-of-Stake. Jed McCaleb and the Stellar team believed that both mechanisms weren't cheap, decentralized, fast, and secure, all at the same time, which is why McCaleb had based Ripple on a Byzantine consensus mechanism and why it was the original protocol of Stellar. With Byzantine Consensus or Agreement, the nodes on a network can reach consensus on a value, in our case a block, even if there exists among them a small number of unresponsive, or even malicious, nodes. However, the Byzantine Agreement relies on a list of participants set and controlled by a single entity, which is how Ripple works. That didn't work for the Stellar team, so they came up with a variation of the typical Byzantine agreement, called "Federated Byzantine Agreement", or FBA. In a nutshell, FBA has the advantages of a Byzantine Agreement, but additionally, it doesn't need to rely on a predetermined list of trusted nodes, which is hard to alter and leads to centralization. Instead, it allows for additional nodes to be added to the network without any assumption on their trustworthiness, but also without compromising the security of the network. If you're interested in the nitty, gritty technical details you can read their whitepaper by following the link in the description. So, since Lumens aren't mined or produced, there are no monetary rewards for running a node. There's only the incentive of securing the network. And if you're thinking that's too idealistic, it's not. The cost of running a node is very low, comparable to running an email server, so companies and individuals who are invested in the success of Stellar have every reason to secure the network. Companies like IBM, SatoshiPay, Wirex, Keybase, and more, who have integrated Stellar in their products or have built products on top of Stellar, are also running their own nodes to validate transactions and make sure the blockchain is secure.

Well, crypto fam, that was my deep dive into Stellar. What do you believe is its future as a payment network and bridge between the legacy financial system and blockchains? What's your XLM price prediction?

If you've gotten this far, you want some for free! You can use my Coinbase referral link here to get your $10 of XLM for FREE. Enjoy!

See all posts by Nick Davies →