by Jessica Bugg 12 months ago in tokens
Report Story 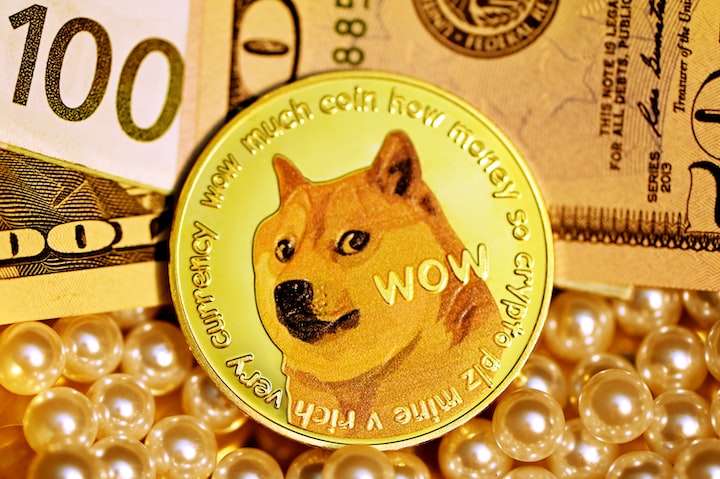 Today we are going to look at a brief overview on what is dogecoin and evaluate Dogecoin as a trading strategy with our CryptoTriumvirate Team of Advisors. Yes, I retain one and I think everyone should. But since everyone cannot, I share their opinions with you in these articles. So let’s get started.

Dogecoin is an open source (meaning anyone can see who buys and sells Dogecoin on a public ledger) peer-to-peer cryptocoin. Dogecoin primarily functions as a currency and it’s technology is based off of the Litecoin technology.

Other than acting as a currency, Dogecoin is also used via social media as a currency to send tips to creators which as a creator, I think is pretty badass.

Dogecoin dropped in 2013 and features the image of a dog, a Shiba Inu, on the coin. Dogecoin was created by two guys by the names of Billy Markus and Jackson Palmer.

Let’s be real here people. Dogecoin was originally created because people were talking shit and said “crypto is so profitable we could make a b.s. currency with a dog on it and people would buy it”. That’s not a direct quote but that’s what the fuck happened.

Dogecoin saw big gains in the last alt-coin run in the crypto market circa 2017 but took a hit like most if not all altcoins when the market dropped. Dogecoin was revitalized much like a Gamestop or an AMC with a loyal following on Reddit. Coupled with the push from the likes of Mark Cuban and Elon Musk who tweets about it at least a few times a week, Dogecoin’s value is more linked to what’s trending on twitter than what is happening in the market.

Should You Invest In Dogecoin?

As usual we summon up our CryptoTriumvirate to evaluate Dogecoin as a short term, long term, and flipping opportunity. The CryptoTriumvirate is comprised of three traders who rank in the top 10% of cryptotraders based on portfolio returns. As with any financial advise, use your own judgement.

Dogecoin As A Short Term Investment:

NNN: No, it’s a wanna be Bitcoin with no value.

Dogecoin As A Long Term Investment:

NNN: No, it only go up when Musk talks about it and I feel like it’s got a central government to it. It’s the opposite of what decentralized currency is supposed to be, yet they claim to be decentralized which is my personal problem with it.

MSD: Yes. Long term it has a high probability of going up.

GT: M can get outta here. Everything goes up eventually but will it outpace the gains of other coins? My answer is NO.

Dogecoin As A Flipping Opportunity:

NNN: Only when Elon Musk speaks about it, otherwise you will be wrong most of the time. NO

MSD: Only if you can time it right. MAYBE.

GT: Good flip if you can stay on Twitter all day long. I would look at other altcoins to flip. That’s a No from me as well.

More stories from Jessica Bugg and writers in The Chain and other communities.