What Is A Block Chain?

by Daniel Joseph 4 days ago in blockchain
Report Story

How To Get Started. 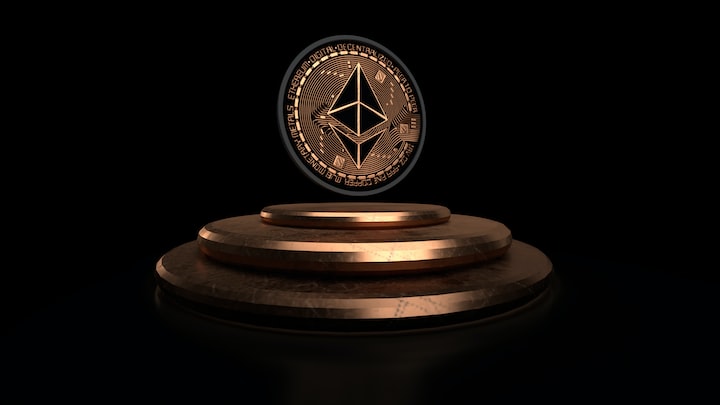 Photo by shutter_speed on Unsplash

blockchain functions as an open-source ledger where users record, control, and amend transactions. The blockchain is no different from other platforms, say for instance Wikipedia. Just as Wikipedia is an open source platform where a single publisher is not responsible for fabricating content, blockchain too does not give full power to just one miner.

However, as we move towards a deeper level, we find that Wikipedia is running on the internet through a client-server model of a network. Here, users are first provided with permissions to amend content in the website’s pages that are all stored on an integrated server. So, a user accessing the page on the website will be provided with an updated version of the original copy for any particular entry on Wikipedia. Also, the regulation of the whole database system stays with the administrators, who are granted permissions and access through the main authority at the center.

Wikipedia’s system operates similarly to the databases of other centralized and secured systems like insurance companies, government, or banks. So, in such cases, there is a primary owner who has the authority to manage, protect, and access any update to the system against malicious activities. However, the distribution system and the database involved with the blockchain technology are quite distinct. While Wikipedia’s original copy is amended on the server, which is not visible to the users (clients), the blockchain offers updates independently. Every update to the system is done on the master copy, which is visible to all users.

This difference makes it very useful, as this method eliminates the requirement of third-party organizations for digital affiliation. However, we cannot consider blockchain technology as new.
On the contrary, it can be termed as a modern combination of innovation and proven methods. In other words, it came into existence because of three technologies: a protocol to incentivize, cryptography with an encrypted key, and the internet. And Satoshi figured out this concept and changed it into a billion-dollar industry.

Thus, blockchain technology prevents centralizing the system as building and securing digital relationships is absolute. Here all digital transactions are supplied using a robust, elegant and straightforward network framework that works as a peer-to-peer system.

Maintaining trust in the digital world is often linked to authorization and identification. In simple terms, people online would like to know whether the person on the other end identifies himself honestly and if he can complete the job he claims. The blockchain system offers a secure tool of ownership that completes all necessary authentication criteria. The encryption key is enough to identify the authenticity of the owner. Thus, there is no need to share detailed personal information that would otherwise have created the opportunity for hackers to attack.

Nevertheless, the relationship cannot be only based on authentication. There is also a need for enough money, authorization, correct address, transaction type, etc., which all requires distribution to balance it out in the overall network. This distribution strategy decreases the chances of forming a centralized body that would otherwise promote failure and corruption.
Furthermore, the distributed network should commit to security and recordkeeping. So, any authorization of a transaction will result in permission from the entire spread-out network.
Authorization and authentication, when carried out like this, allows the relationships to generate without the need for expensive investments.

In fact, modern-world entrepreneurs have risen to indications of this technology, which is influential, innovative, and inconceivable. The blockchain technology has evolved as the base for all transactions carried out in the digital world, where it is building stronger digital relationships.

How To Get Started.

Now, I hope that you understand the basic terms related to the cryptocurrency mining industry. It is time to learn the actual steps for starting with the process. Firstly, one should know that mining Bitcoins in the current climate would be too expensive. If you had initiated mining Bitcoins in the year 2009, when it started, you could easily generate tons of dollars. But, it is also true that you could have lost plenty of money. I would not recommend beginners who are planning on starting small to invest in Bitcoins.

The level of maintenance expenses and investment needed, accompanied by the computational difficulty in the process, is not lucrative at standard-level hardware. Bitcoins are not more appealing to large-scale industries who have hundreds and thousands of dollars to spare in the process. However, we do have alternative cryptocurrencies, like Feathercoins, Dogecoins, and Litecoins, that provide benefits at a much-budgeted level for beginners. Anyone interested in mining any of these altcoins can generate up to 10 dollars every day using the usual consumer-level mining hardware. Here is how you set up a mining process for any of these coins.

1. Set up a coin wallet, which is a private database, free to use. It is like a digital Piggy bank that is protected with a password to keep your earnings secure. It also stores the open network ledger used for recording the transactions.
2. A software package (usually free), which is usually made of open sources and pool mining regulatory platforms, like stratum and cgminer.
3. Online mining pool membership, where miners have built a community to combine their computers and increase their power, hence profits.
4. Authorization at some currency exchange online, where you can trade your earned coins for traditional cash.
5. Continuous and fast internet connection. At least 2 Mbps is needed.
6. An air-conditioned part of your home where the hardware will be set up.
7. A customized desktop created explicitly for mining. Your standard computer may not be used, as you will need to keep running the system for mining. Also, your laptop, handheld device, or gaming console will not be of any use as these units are not able to generate enough computations for earning profits.
8. A GPU unit or an ASIC chip, which is a processing device used for mining. It can cost from $90-$3000 for either of these two units.
9. A cooling fan to keep the mining system cool at all times. A lot of heat is generated while mining, which is why a cooling device is needed for a successful mining process.
10. Staying updated with the technological changes in the mining industry is also a requirement. New techniques and amendments are continually happening in this industry, so you will have to be aware of them to be a successful miner.

Now, if you still want to dedicate your time to stepping into the big leagues and mine Bitcoins, then the following method will be of use to you.

More stories from Daniel Joseph and writers in The Chain and other communities.