The Discovery of Bitcoin

by Desiree Noela Dias 8 months ago in bitcoin

A short work of fiction 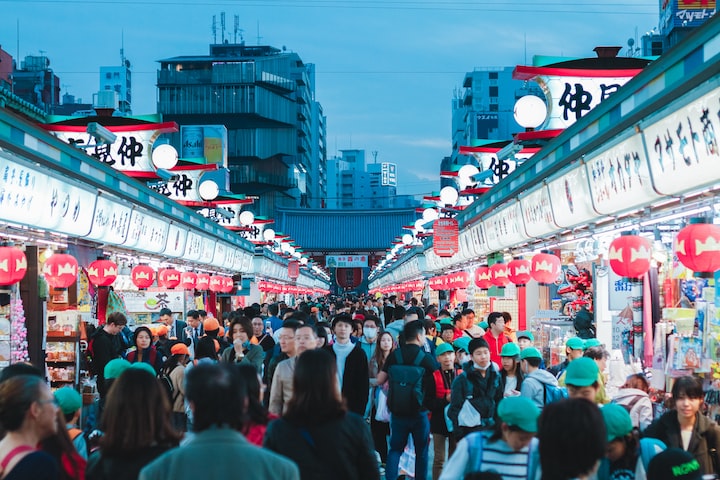 Photo by Benjamin Wong on Unsplash

He left his office in China that day on the verge of the start of important research. They were trying to hash an encryption algorithm that would be difficult to crack.

On the way, he found some churros to eat and some other snacks.

He then went shopping and buy groceries and then some jewelry for his mother and wife as their birthdays were on the same day.

When he went to the churro shop, a little boy was hanging around. Nakamoto saw his mother shout at him and buy him toys but deny him churros but the boy was still determined to eat them on a hot summer's day.

It reminded him of when he was in school and pressures were mounted on him to study and he used to rely on sweets and books as an escape. Often chided for this, when the hard tedious studying part of his childhood was over, he managed to exercise, eat healthier, make friends and become a more cheerful person.

He knew the value of the churros for the boy was the same as a diamond watch for an adult. So he went ahead and handed the boy a few.

He played with the idea of buying stocks of churro businesses in his head.

If there was a shortage, children who grew up like him would be unhappy.

He experienced similar thoughts when he went to buy groceries. The joy of healthy living motivated and him and even excited him to live. Good food and clean manners made him strong and wise in his stead. It gave him many memories and experiences to treasure not to mention brought him to his achievements and milestones.

When he thought of his mother and his wife, countless memories surged of the love they had for him and even the gifts they gave him.

His mother bringing him up, in strength and character and also with love and faith. She supported him through all his milestones and even his achievements, failures, and weaknesses.

She was always happy to see him and overjoyed when things went well.

Buying a gift for her was the least he could do to appreciate and show her she was a valued part of his life.

His wife too was often his friend and critic. She gave him company in his growth and his life. He was not lonely and upset because she was by his side. She was down to earth and grounded. Often she understood and was hard on him as she wanted to help him do better for himself.

She was almost always right. At times they fought but they always got along in the end. It was this love, that their parents instilled in them that kept them going and motivated them to do better.

He was looking forward to surprising her with a token of his appreciation.

He had a great night celebrating both their birthdays with his family, friends, and well-wishers.

The next day, thoughts played in his mind about how it was difficult to put a price on the items he encountered yesterday i.e. the churros, the groceries, and the jewelry he bought for his mother and his wife. Also, it occurred to him how the same items were more meaningful in different times and scenarios. Also, it came upon him that they were at the same time not always easy to attain and make available for sale.

For instance, the churro seller would have a hard time opening his shop in bad weather. The farmers would sell less when the yield was less and the jeweler would not be able to put forward his best designs if he suffered a loss because of a robbery or loss in business.

He wondered if someone could even the playing ground for buyers and stock that increased or decreased in value seasonally i.e. for people who wanted to pay fairly and even sell fairly.

He could employ a token system that could bridge the gap between buyer and seller expectations and the up and downs of the value of the goods.

This was how Satoshi Nakamoto came up with the Bitcoin. He came up with a virtual currency that was not controlled by governments and that could be at a certain value which could vary.

People would use it in transactions for goods and services. It would be independent of national economies and would depend on the people that were using it as a form of payment like buying a book, a pizza, or a laptop.

However, there was endless criticism that he came across because of his new invention. There were also threats of the crime bosses and the criminals that wanted to profit off it through him.

So he was allowed to assume another identity and the roots of the invention that traced back to him and his Bitcoin team were erased and covered by the police. This was to protect him from such dangers and attacks.