One giant leap for crypto... What to know about Dogecoin.

by No Introduction about a year ago in tokens
Report Story

From subreddit columns to Elon Musk tweets. Is the underdog now the top dog? 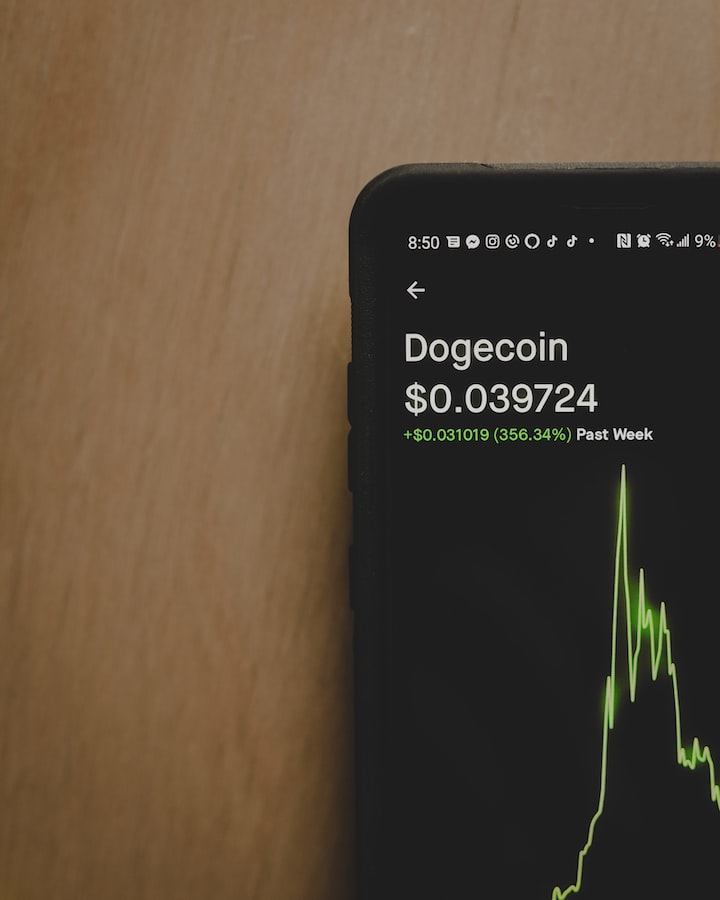 There has never been a better time to grow your understanding of cryptocurrencies and how they work. Bitcoin, Ethereum, and Litecoin (BTC, ETH, LTC) have made major gains in value since their inception. Although crypto is known to have major dips after strong steady gains, it hasn't stopped people from buying and holding when they can. Now there's another player in the crypto game, and I think it is safe to say it's a major player.

I will add right now that I am in no way a financial advisor nor advising any information on buying or selling any crypto or stock exchange. This movement to get dogecoin everywhere has really shown just how loyal holders of the coin are. With the news about its giant gain on April 18th came the reigniting of the craziness that happened with GME. People are starting to take notice of crypto and stock exchanges like never before. And if the news surrounding what happened to Melvin Capital after the surge in value for Gamestop is any indication about the power of the internet and its stock vigilantes, then this article should be an indicator that you should at least research and gain an understanding of the exchanges.

If you Google dogecoin you'll find a little snippet of info that states, "if you would have invested $1000 in dogecoin January 1st, 20201, by April 1st you would have had $42,000." I won't say this for everyone, but a thousand dollar is definitely an amount I'd be willing to be if I thought even in the slightest that it would grow to be over 10's of thousands just a few short months later. Again, this isn't to be an article that makes you feel like YOU yourself should invest. I mean it to be informative enough for you that it sparks your curiosity about the exchanges.

The explosion into popularity has made tons of businesses and public figures add to the discussion of whether or not Dogecoin will become a true player in the crypto game. Now, there are still quite a bit of people out there who are warning that the crypto isn't stable and that some people who take the popularity as a sign to invest will most likely lose a lot of money. I've already seen and heard from people myself who were upset when Doge took a huge dip right after it made big leaps up towards .43 cents. This has also caused a lot of anger and frustration with long-time investors about the tactic of "pump and dump". If you aren't aware, that means you pour money into a stock that has little value and letting it explode in value, then selling (dumping) before it drops because you've already got your return from it.

I've been on a few Clubhouse discussions that have talked about several best and worst-case scenarios for the rising crypto. Some people believe that because of our easy access to the exchange and being able to learn investing on our own that that's a good reason to start putting money into stocks, but longtime investors believe that creating this type of hysteria over something that isn't stable means some people will lose a lot of money potentially. There's a good reason for that too. The push to get people to pour money into the crypto now means that they are pouring into an unstable bubble that will eventually burst. Again, this means big risk and loss to potential investors.

I believe it's safe to say that Doge will be here to stay. It's starting to be accepted by numerous businesses, the most notable of the bunch by Mark Cuban, owner of the Dallas Mavericks, and allowing the currency to be used to purchase their sports merchandise. This is a big win for Doge, but understand that there is still no solid proof that Doge will reach any more value than the dollar people are trying so hard to push it towards. I am a believer in the movement and I think it'll take time, but there is a lot going for it, and I recommend that the readers of this article consider expanding their knowledge and learning more about the ever-changing world of stock and crypto.

More stories from No Introduction and writers in The Chain and other communities.