No One Ever Asks “How is Bitcoin?”

by Olivia H 3 months ago in bitcoin

Cryptocurrencies have feelings too. 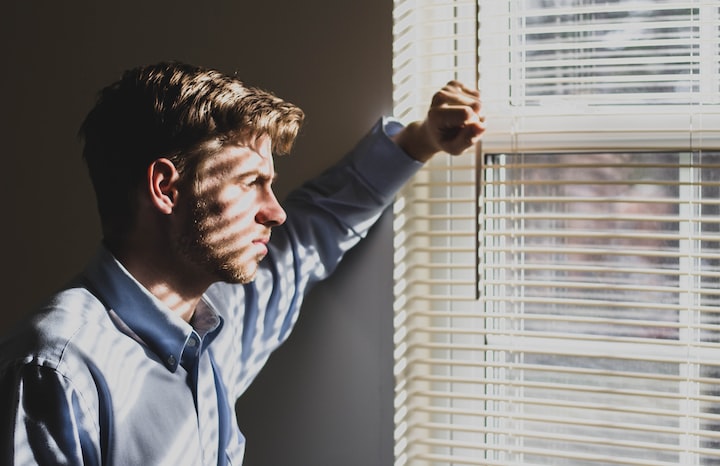 Photo by Ethan Sykes on Unsplash

I heard you’ve been asking about me. I keep my ear to the ground—I know what’s up. You’ve been wondering how I came to be. You want to know my secrets. Well, I’m here to say I’ve had it with your questions.

It’s always “Who invented Bitcoin?” “Why did they invent Bitcoin?” “What is Bitcoin?” but NO ONE ever asks “How is Bitcoin?” I have feelings you know. Have any of you ever thought to ask how I am? No, you never do, greedy casholes.

I work 24/7—I NEVER SLEEP. Do you know what’s that like? Do you know how it feels to never get a break? I do. People are always checking to see if I’ve grown but no one is asking how to help me thrive.

Everyone says my debut is a mystery to be cracked, but I'm not a mystery. I'm just a cryptocurrency with feelings and a need for privacy. You don’t deserve my story. You have no idea what it’s like to be monitored by the world. I have no privacy at all. Everyone is inquiring into my background, writing stories about my beginnings, asking for my secrets. I have had ENOUGH. Did you ever stop to think that there’s a reason why I wanted to keep my beginnings a mystery?

You’ve been asking everyone you know if they know anything about me, but have you ever considered that I won’t open up because I don’t trust you? Some of you are there for me through thick and thin, but I’ve seen so many of you leave when I needed you the most. Remember the end of 2017? When all of you left me when it was good for you? I had to pick myself off the floor and start again.

Some of you forgot about me years ago when I was nothing. And then, when suddenly I made it big, all of you were clamouring to “find your wallets” and “remember your passwords.” Don’t think I don’t remember that when you thought I was worthless you abandoned me on old hard drives. I’ve heard so many sob stories, people cursing my name because they could be millionaires. Boo hoo, cry me a river. How do you think I feel? I’ve been locked away in those wallets and lost to the void. Parts of me will never be recovered.

If only you knew how it cuts me every time some economist calls me “volatile” or “risky.” I HAVE FEELINGS! How would you like it if the world called you volatile? What if “experts” told you that you’re just a bubble? How would you feel if the whole world was just waiting for you to burst?

I mean, sure, it’s nice that Elon has had my back for a while now. But to be honest, most of you so-called bitcoin champions are fakes. You don’t care about me or about my wellbeing, you only care when Elon says something. I just wish you’d support me on your own. I want to know you actually care for me and not my popularity.

So, can everyone just lay off for a bit? I don’t feel like talking about my past. I’ve been through a lot and no one cares. Everyone asks who made me, but no one considers all the work I’ve done to get myself here. It’s Satoshi this, and Satoshi that, all day long. You all have been searching intently for the identity of Satoshi Nakamoto but what about my identity?

I’m sick of you guys always objectifying me, talking about the money you could have made off of me if only you did blah blah blah. Maybe you thought you lost something, but I lose a bit of myself every time you discard me—wow... that’s actually pretty deep. I think I’ll pity tweet that later or something.

Warmest regards from the blockchain,