by Faizan Amin 5 months ago in blockchain
Report Story

Check What This New Trend is All About 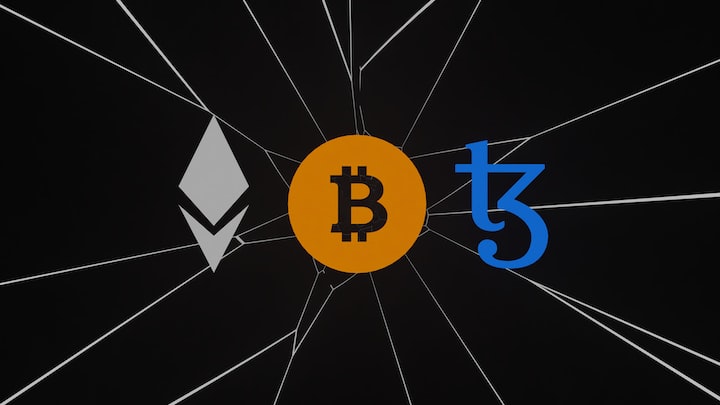 NFTs are making rounds on social media. You must have come across news about certain NFTs being sold for astonishing prices. But what are NFTs and where they are sold? For curious newbies, this article will have all that is needed to understand the concept, how and where they are sold, and as there are so many of them, some important news from around the world.

This is also just the first article on the subject, and we will go down deeper with more write-ups. So stay connected by subscribing, or regularly checking out.

So What are NFTs Again?

We first have to understand what a blockchain is. It is a chain of blocks, as you might have guessed, but blocks here mean data carriers. The blocks carry a hash number or hash code, which are in the form of a series. So, with decentralized control and thousands of computers assessing the blockchain, it is impossible to make changes in the data, as it will disturb the series. What does this mean? It simply means that once data is stored on a blockchain, it is fully protected from any sort of change, making it completely secure.

Coming back to NFTs, any form of digital art, or absolutely anything that exists digitally, can be stored on a blockchain. So this is effectively what an NFT is, as they stand for Non-Fungible Tokens. In simple terms, you can turn any form of video, image, voice or any digital stuff into NFT by placing it on a blockchain.

Why should anyone do that? As mentioned, the data on a blockchain is completely secure from theft or any kind of changes, so if you create digital art, turn it into NFT, you become its rightful owner for life. You can obviously choose to replicate or even sell it. This is where the real business is.

To make creating and trading NFTs easier, some NFT Platforms have been formed. These platforms allow artists, collectors and resellers from around the world to converge and make exchanges.

And it’s not limited purely to arts, as mentioned, any digitally existing substance can become an NFT. So celebrities, sports & entertainment bodies, gaming companies etc. have all been offering their collectibles in the form of an NFT. Imagine you can own a highly significant event personally.

Something like this happened when Jack Dorsey, the founder of Twitter, put up his first-ever tweet for an online auction. The tweet was sold for $2,915,835.47. The buyer, Sina Estavi, used the cryptocurrency Ether for the payment, while the platform where it was sold is called Valuables by Cent, dedicated to buying and selling of tweets.

Hopefully, the readers have now grasped what NFTs are, so we can now come to buying and selling. The top NFT platforms include:

According to The Information, Opensea has now crossed a valuation of $10 billion, which shows how much the industry has progressed already.

All these platforms allow you to create your profile, list NFTs and collections, which can then be auctioned. Visitors can place bids on the NFTs that interest them the most. The average price of an NFT was about $1,500 back in April 2021.

The NFT industry is buzzing with the latest happenings, with more celebrities joining the fray. This week, it is Melania Trump making the headlines by launching an NFT called Melania’s Vision. With such a huge following, Melania will surely make it big in the NFT industry also.

Another important news that must be mentioned and celebrated, is the successful auction of a Black Rock Rhino NFT for $6,782. The proceeds will help Black Rock Rhino Sanctuary from South Africa in its cause of preserving the endangered rhinos. Other organizations and individuals who are looking to raise funds for their cause must take note of this.

Coming to the end, I hope that this piece had a good enough introduction of NFTs for those who were confused, and also some useful news and details for those already involved. There will be much more news and important details to come, so stay connected.

More stories from Faizan Amin and writers in The Chain and other communities.