by Nitin Sharma 14 days ago in bitcoin

Or it will just remain in the downfall. 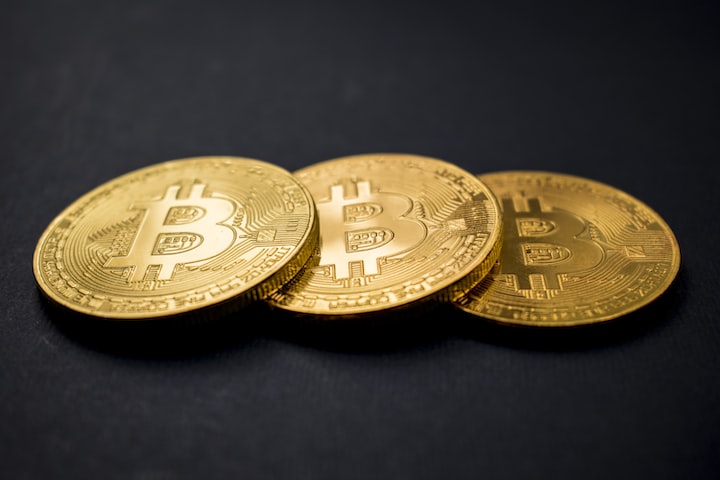 The topic of Bitcoin is literally controversial. And the prediction of its future price is next to impossible.

But some factors influence its price to the next level.

And I will talk about this here with some of my own perspectives along with proof.

I am not supporting Bitcoin or against it. It has both pros and cons. Like it can complete your dream to earn lots of money or make you a vagrant.

1. Bitcoin doesn’t have a support

First of all, Bitcoin is not a business or company.

When I type on Google that who controls Bitcoin?

Here is the answer: Nobody owns the Bitcoin network much like no one owns the technology behind email. Bitcoin is controlled by all Bitcoin users around the world.

So I think no one gets the benefit out of it, other than its user.

Also, the Government will be deprived of money, data, if Bitcoin succeeds. The banking system will be collapsed. So the government is not promoting it or in simple terms, they are against it.

Some facts before Bitcoin were there.

Transnational organized crime is big business. In 2009 it was estimated to generate $870 billion, equal to 1.5 percent of global GDP. That is more than six times the amount of official development assistance for that year, and the equivalent of close to 7 percent of the world’s exports of merchandise.

Every year, countless lives are lost as a result of organized crime. Drug-related health problems and violence, firearm deaths, and the unscrupulous methods and motives of human traffickers and migrant smugglers are all part of this.

But why I am talking about support for Bitcoin?

Let’s take an instance of Coco-Cola and Bitcoin.

We all know about Coca-Cola loses $4 billion in market value after Cristiano Ronaldo shuns Coke.

But James Quincey(Chairman and CEO of The Coca-Cola Company) and the Coca-Cola team are there to support their brand.

Even if it is not healthy for the human body.

But what about Bitcoin? Is there any team, owner that can support Bitcoin? No, right.

So no one is supporting Bitcoin.

Even, some countries banned or warned their citizens not to use Bitcoin like China, India, and many more.

Also, it is the latest technology, no one knows about Bitcoin before 2009. And literally, I haven’t seen any promotion so far about Bitcoin. The promotion is simply through Word of Mouth.

Then why people trusted Bitcoin?

It is because much of the trust in Bitcoin comes from the fact that it requires no trust at all. Bitcoin is fully open-source and decentralized. This means that anyone has access to the entire source code at any time.

Any developer in the world can therefore verify exactly how Bitcoin works. All transactions and bitcoins issued into existence can be transparently consulted in real-time by anyone. All payments can be made without reliance on a third-party and the whole system is protected by heavily peer-reviewed cryptographic algorithms like those used for online banking.

No organization or individual can control Bitcoin, and the network remains secure even if not all of its users can be trusted.

So far, People have trusted blindly on Bitcoin.

3. It is simple enough

No doubt, if people will trust Bitcoin, it will go up.

And if we talk about Bitcoin as a bubble then the money is also devaluing its value due to government stupidity and other reasons.

But as we talked there is a fluctuating trust in Bitcoin and there is no support, it can be $100 as well in 2022.

Also, influencers play a crucial role in future prices. So try to remember these areas and then only invest in Bitcoin.

Bitcoin is a business to predict

You may be wrong or right. You may succeed or fail. You may win or lose.

In the case of Bitcoin, you have to predict the mindset of the world.

Other than the above-mentioned reasons, you can rely on other concepts to predict the future:

Let’s illustrate the last point with an example.

Similar to that, I have invested $500 in October and November.

So I am in profit right now.

So when you invest in a small proportion, you can get lots of profit and you can afford small losses as well.

I have to keep it simple and I think probably it is.

Now, Bitcoin is a different way of thinking and it solely depends on you to buy it or not.

It can change your future from poor to rich or vise versa.

Well, according to me, it will.

Since people lost their trust in the Government after this Covid-19 pandemic. Along with this, everyone has the money to invest and the Bitcoin is lower enough to buy (In April it was $63,588 and now it is $32,856).

An Engineer, A writer and a Web Developer.

See all posts by Nitin Sharma →