by Gal Mux 2 months ago in bitcoin
Report Story 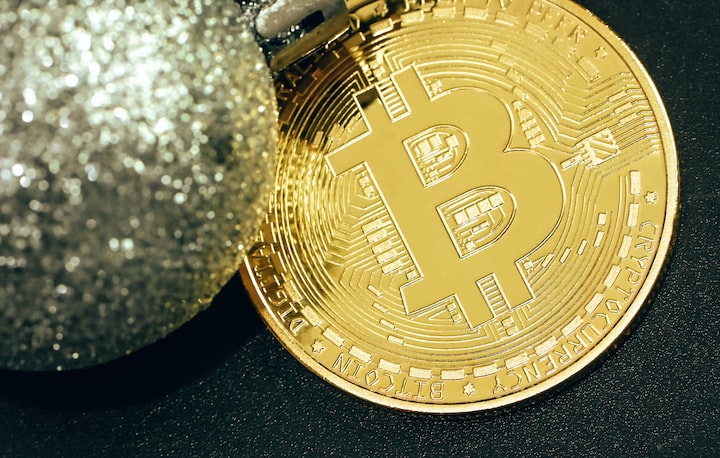 Bitcoin is digital cash that runs on blockchain.

It is peer to peer and decentralised. You also do not need permission from any authority to send or receive it.

To obtain Bitcoin, a person has to buy it from another. They can also receive it as a gift. Or if they have the resources, they can mine it by solving complex mathematical puzzles using high powered computers. In the process they validate transactions in the blockchain and earn fees for this.

Bitcoin is currently trading at $39,000. In 2021, it reached an all time high of $69,000. At the beginning of the pandemic just two years earlier it was trading at $7000. Any person that bought it then and earlier is operating on exponential profits!

The technology is revolutionary and has taken money and how we perceive and transact with it to another level.

There are several criticisms leveled at Bitcoin though.

One, they say the mining process has detrimental consequences to the environment due to its huge consumption of power. This is because its proof of work concensus mechanism that involves solving complex mathematical puzzles to validate transactions and receive new coins requires many highly powered computers working together.

The more coins are mined, the harder these mathematical puzzles get, the more the computing power needed to solve them and the more the power that is consumed. This ofcourse is not sustainable in the long run particularly with the current situation with global warming.

Bitcoin has also been called a scam, a Ponzi scheme. And many governments have issued warnings to its citizens regarding buying and holding it. Its high volatility has also pushed many away. Plus the fact that it has no real world use case really.

Also, many especially the wealthy have been holding it for speculation purposes turning it into a rare collectable, which drives it away from the medium of exchange purpose it was initially intended for.

The fact that regulatory authorities globally are having a hard time classifying it especially for tax purposes does not help the case for Bitcoin. And particularly so when it comes to its mass adoption.

One of its biggest criticisms however is that Bitcoin is just fake money created from thin air. And that the fact gives it no value.

A while back, a nations resources were mapped up by a summation of its physical and natural resources, its industries, available labour, government and consumer spending, its cash reserves and bonds etc.

In recent times however the innovative human brains in a nation have been taken into consideration when talking about a nations wealth.

This also applies in the case for Bitcoin.

When taking into account the worth of Bitcoin, we need to put into consideration the smart brains of the anoynmous or pseudonymous Satoshi Nakamoto.

Not all brains are equal. Some are more equal than others.

The person whoever he/she/they are was smart enough to single handedly conceive Bitcoin and create such strong code plus an entire blockchain network that has not only been duplicated but has also inspired the entire cryptoverse. Enough to have others make several improvements on the technology in their coins and tokens.

Bitcoin is the rock upon which all crypto is built.

We need to value his education on several different subjects such as economics, coding and cryptography that informed his invention. We also need to value his expertise, his skills, his work, and the time and effort that he spent to build this code.

We also need to value all the knowledge and technology that existed before Bitcoin that informed Satoshi Nakamoto when writing the code and when building the network.

Also, all the inventions of the cryptographers, coders and computer scientists before him. The entire money system, all other forms of alternative money that had been operating prior, all other peer to peer networks of sending money globally including other developments in money such as plastic money.

We need to value the tools Satoshi used, the computers he coded on and the brains and work of all the pioneers and revolutionaries that built the machines and software.

We need to value the knowledge, brains and contribution of the team of cryptographers that helped Satoshi Nakamoto with securing and strengthening the system. The people that listened to his ideas, questioned them or offered constructive criticism.

We need to value the brains of all the early adopters that were able to understand Satoshi's invention, believed in, adopted it, explained it in simple terms and passed on the message to others.

We must also value the work and contributions of the people that continue to run the Bitcoin Foundation and those that took on the mantle after Satoshi moved on to other things.

We need to value all the work that has gone into building crypto exchanges that allow anyone to buy and sell Bitcoin even while located in the remotest parts of the world.

We need to value the marketing that has gone into pushing for mass crypto adoption either from the exchanges or by word of mouth from one adopter to the next.

Yes, Bitcoin might look like money created from thin air especially because its price has grown exponentially in the last two years.

But Bitcoin didn't just appear from nowhere! It's not magic. It's not trickery meant to capture the gullible.

It's a summation and integration of many different inventions. Of bodies of knowledge since time immemorial. It's also the culmination of brains and their work through the centuries and since the advent of man.

And its revolutionary nature is what is reflected in its current value volatility not withstanding.

Bitcoin and the cryptoverse is the future of money!

And no! All of it was not simply created from thin air!

Otherwise we would be dismissing the entire history of money all the way from barter trade. We would also be dismissing all the brains, knowledge, work, civilisations and technology from economics to computer science through out the ages that laid the foundation for Bitcoin and other cryptocurrencies to exist and operate.

And by extension, we would be dismissing a whole and core aspect of the human experience.

And that would be a grave error!

Again, no, Bitcoin is not just fake money created from thin air.

Join Binance today and grab some Bitcoin and other coins for yourself to reap the benefits in future. The platform will also welcome you with $100 worth of free crypto.

Do not miss out on this great opportunity!

More stories from Gal Mux and writers in The Chain and other communities.