How Does Crypto Mining Affect The Environment

by S.K 11 months ago in blockchain

How Does Crypto Mining Affect The Environment 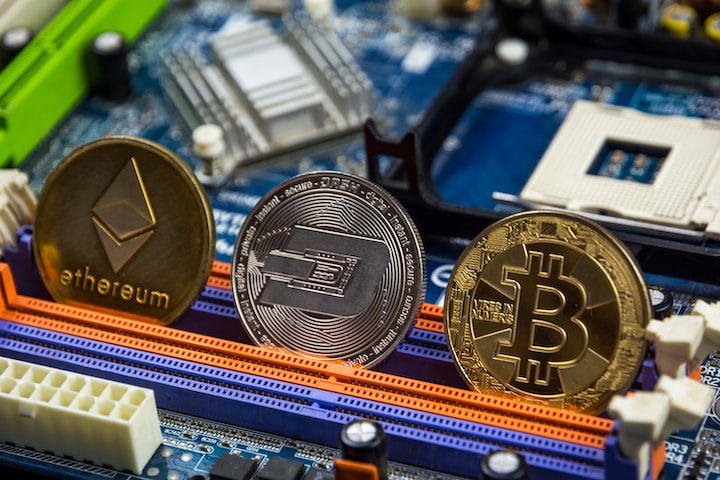 Rig farms and server farms consume a lot of energy, and bitcoin mining operations tend to go after the cheapest electricity. In the United States, where seven percent of the world's bitcoin mining takes place, finding cheap electricity is complicated. Russia is a bitcoin mining center with the largest activity in Siberia, where cold temperatures help keep rigs and farms from overheating, and Iran, where electricity is heavily subsidized.

Electricity prices vary from country to country, and miners tend to settle in countries where electricity is cheaper, but bitcoin prices are roughly the same around the world. One kilowatt-hour of electricity costs about 86 US cents in China, where 80% of bitcoin production capacity is located, or about 50% of the average price in America. Assuming an average price of 10 cents / kWh, based on current mining intensity, the Bitcoin network consumes about $73 billion in electricity annually.

Depending on the source of energy, researchers estimate that cryptomining annually causes between 3 and 15 million tons of global carbon emissions. According to a CNBC report, Bitcoin mining accounts for 3,595 million tons of carbon dioxide emissions a year - roughly the same as New Zealand.

Mining is a solid source of income for the number of people willing to run power-hungry machines to make a small profit on the bitcoin transactions they authorize, and has soared. Last year, the price of Bitcoin reached new highs and lows (which happened after Elon Musk's Bitcoin tweet) and the attractiveness of bitcoin mining led to the total energy use of the Bitcoin network reaching epic proportions.

It is not only the value of bitcoin that soared in the past year, but also the enormous amount of energy it consumes. According to the Digiconomists Bitcoin Energy Consumption Index, Bitcoin pollutes the environment with 1189TWh per year, taking into account the huge amount of energy consumed by the network, compared to the electricity consumption of countries such as the Netherlands (1171 TWh / year) and Pakistan (1259Twh / year). While the price of bitcoin has fallen more than $50,000 recently, energy consumption continues to rise according to the Cambridge Bitcoin Electricity Consumption Index -- a tool used by researchers at Cambridge University to measure '' energy consumption '' the currencies, with its epic rise to the equivalent of Argentina's annual carbon footprint.

Bitcoin mining, the process by which bitcoins are awarded to computers that solve a complex set of algorithms, is an energy-intensive process. Bitcoin is a cryptocurrency, a decentralized digital currency created and rewarded by a process known as mining, in which computers are used to solve complex mathematical algorithms. The more bitcoins are mined, the longer and more complex these algorithms become, and on average computers cannot keep up.

It is an energy-intensive process that relies on electricity from fossil fuels such as coal. The process consumes much of the electricity to produce a single Bitcoin, and much of that electricity is consumed during the mining process. As a result, the price of bitcoin rose and energy use rose sharply.

The amount of Bitcoins released by half every four years, making the currency scarcer and more valuable over time, but also more expensive and more time-consuming to produce for miners, affecting energy consumption. A rise in the Bitcoin price motivates miners to mine more Bitcoins to attract more people to the new network and energy consumption continues to rise.

The study also found that 76% of miner use renewable energy sources as part of their energy mix. Another paper, based on a study conducted by CCAF in 2020, found that in 2019 39% of the electricity used in bitcoin mining came from renewable sources, versus 28% the year before.

Many critics have raised questions about the decision, citing the impact of the huge amount of energy used to extract bitcoin. Environmentalists warn that carbon emissions from power-intensive bitcoin mining could hurt sustainability efforts.

But its biggest problem is the huge environmental impact of bitcoin mining, the process by which virtual coins are created. According to Digiconomist founder Alex de Vries, cryptocurrency farms require huge amounts of electricity to do their business, as one Bitcoin transaction leaves a carbon footprint of 360 kg compared to 500 mg for an average Visa transaction. Such cryptocurrency farms are established in places where electricity is cheap, such as the province of Xinjiang in northwestern China, where the oppressed Uighur minority lives, where coal is abundant and where two-thirds of the country's energy consumption is achieved.

Although China's Bitcoin mining is not dependent on finite fossil-fuel resources, its enormous power consumption is leading to carbon emissions that are said to be accelerating and now exceeding the energy consumption of Italy and Saudi Arabia, according to a new study, unless urgent action is taken to curb them.

In addition to energy consumption, cryptocurrency mining also generates significant amounts of electronic scrap and hardware that eventually become obsolete. This is especially true for application-specific integrated circuits, which are specialized hardware that break down popular cryptocurrencies. Unlike other computer hardware, these circuits cannot be reused for other purposes, so they will eventually become obsolete.

Cryptocurrencies are based on a decentralized network that needs to be dismantled. The software that mines Bitcoin is designed to take an average of 10 minutes to resolve the network, and it processes each block.

Bitcoin mining consumes enormous amounts of electricity, owing to the huge, powerful systems that miners use to mine blocks and verify transactions. The vast majority of Bitcoin's energy consumption occurs during the mining process. CoinDesk questioned why Bitcoin mining needs to consume as much energy as it does.