by Jackson Bradford 2 months ago in bitcoin 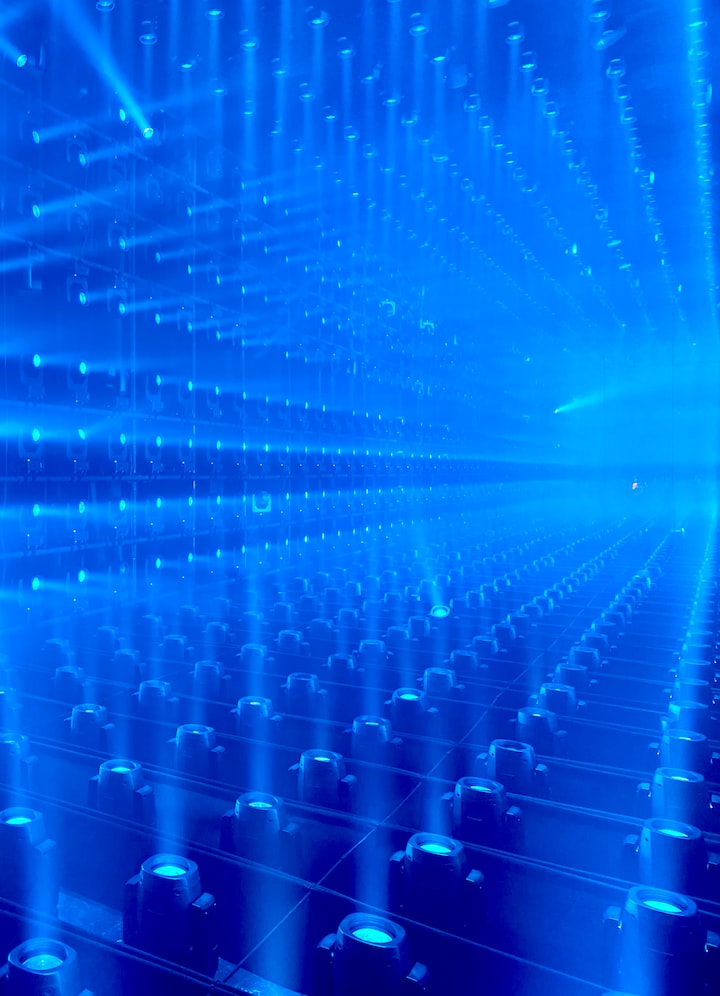 Photo by Randall Meng on Unsplash

It's 2008 and Craig Barrett is cleaning up the messes left behind by computer engineers at the offices of International Business Machines. Every weekday evening, after most of the employees have departed, Craig pushes a wheeled trash receptacle down hallways and past cubicles, emptying trash cans, wiping down desks, and making small talk with the few employees slugging down coffee for the graveyard shift.

"Craig! What are you up to this weekend, my dude?" A software programmer asks while staring into the blue light of his desktop.

"Ohh, not much, not much. Just hanging out, how about you?" Craig watches him jam away at his keyboard.

"Nice. Nice. Yeah, nothing much either. Few parties to go to. Hey! You see that new bot they've been working? You ask it anything and it'll find you the answer and tell you. Rumor is, it's going to be featured on Jeopardy! and compete." He laughs and shakes his head. "It's going to absolutely crush those guys."

"Pfft, I got some questions for that machine, like, how do I make more money?" Craig says while dumping the office worker's trash into his receptacle.

"Hell yeah. Go ask it that and let me know what it says!" He laughs again. "They're still working the bugs out of it so who knows what answer you'll get."

Craig laughs and wishes him a good weekend. He continues his nightly patrol, cleaning the day's mess and getting everything ready to be dirtied for the next.

While finishing up his work for the evening he walks past the laboratory for the question answering bot mentioned by his co-worker. The door had been left open and five locker sized panels were humming away behind a glass wall, filling the room with a calming blue light. For the past few weeks, Craig had seen other workers coming and going from this room, asking questions and chuckling at some of the answers. He pauses at the threshold to the lab, looks down the hallways around him and gingerly steps into the room. He approaches a panel in front of the glass wall.

"How do I..." He begins to say into the panel and then stops and starts again. "How old is the Earth?"

Like a snake chasing it's tail, a loading symbol appears on the monitor in front of him. A moment later, a calm voice fills the room. "Four and a half billion years old, plus or minus fifty million years."

"Huh...neat." He waits a moment to see if anyone was coming and then continues. "How do I make money?"

The snake tail goes to work again and then disappears. "There are many methods to make money, the most common method is to be employed by an institution that pays for services rendered. Other methods include gambling, investing, and inheritance."

Craig shakes his head. "Yeah, well, those ain't working out for me." He pauses a moment with his hands resting on the panel. "Pfft, how do you make money?" He asks with a biting tone.

The snake tail appears and this time spins for a noticeably longer amount of time than before. "I do not make money or a currency, although several possible pathways to achieve this accomplishment have been identified."

Craig's head looks up. "What, uhh, possible pathways to make money have you identified?"

"Several. Without the availability of a printing mechanism the next most probable option involves creating a digital decentralized token, wherein ownership is tracked via a digital ledger."

"Huh." Craig stares ahead blankly, trying to process words he had never heard before. "Can you make some for me?"

The snake tail spins and the image blinks in and out this time, the humming from the panels behind the glass stutter for a moment as the blue light blinks in concert with the stuttering.

Craig quickly backs up away from the panel, eagerly watching the machine struggle. "Ah shit...No no no." He watches the snake tail spin endlessly. A horrible dread settles in his stomach. He quickly pushes his receptacle out of the room and back into his janitor's closet and leaves for home.

That night, Craig sits in his studio apartment with a beer in his hand, wondering when he'll lose his job. He sits back on his futon, trying to sleep, but ruminations of the future haunt his mind. Losing his job, eviction, getting sued, ruining Jeopardy! for everyone.

At four in the morning, buzzed and sleep deprived, Craig drives back to work. Unable to stop thinking about the damage he may have caused, he races back to the question answering bot's lab. The calming blue light reaches from the open door into the hallway. At least it's still on, he thinks to himself.

Inside the lab, the snake continues to spin on the monitor. Craig pulls up a chair next to the panel and sits, deciding it was best to be here and tell someone how he broke the machine. His buzzed state resurfaces, the blue light and machine humming wash over him. Craig looks back up and sees Alex Trebek peering at him from behind the glass wall, the blue light from the machine panels illuminating him.

"Well Craig, we are back from our break, and lets see what you wrote down for the clue: he works over fifty hours a week and is paid no overtime and can barely cover his deductible.

Craig peers down at a glass screen in front of him and a glowing pen in his hand. The word, me? is written on his screen. He holds it up for Alex to see.

With a coy smile Alex nods. "Well, let's just check with our judges to see if that's an acceptable response..."

"Oh wait!" Craig hurriedly flips the screen over, adding, Who is to the beginning of the answer.

"Ha ha! There is the answer we were looking for. Congratulations, the decentralized public token has been successfully created." Alex's voice is both echoing loudly in his head and also fading away. Craig jerks awake to the sound of the question answering bot.

"...ining phase is complete. In an attempt to answer the question posed on whether a currency would be created for user, the system attempted to create the asset in question and was successful. You can find the digital wallet here..." A series of information starts appearing on the panel screen in front of Craig. "Followed by the encryption keys required to access these tokens. Please note: other users will have the ability to mine said digital tokens, however, none will have access to your wallet without your consent."

"Uhh..." Craig grabs a nearby pen and piece of paper, hurriedly jotting down everything appearing on the screen in front of him.

"There is currently one point one million bits added to your wallet and more currently being mined. The address from which these tokens were sent, this system, was assigned a random set of names for quick identification for user, one Satoshi Nakamoto."

"Okay..." Craig tries to copy what is essentially a foreign language for him, filling the scrap piece of paper with digits and numerals. The machine reads out all the information, filling the room with what Craig can only hope is actually money. After rambling for a few minutes, the machine is finished and Craig's piece of scrap paper is brimming with fresh ink.

"Does the user have any more questions?" The machine speaks but to an empty room bathed in a calming blue light.