by Rae Perrodow about a year ago in bitcoin
Report Story 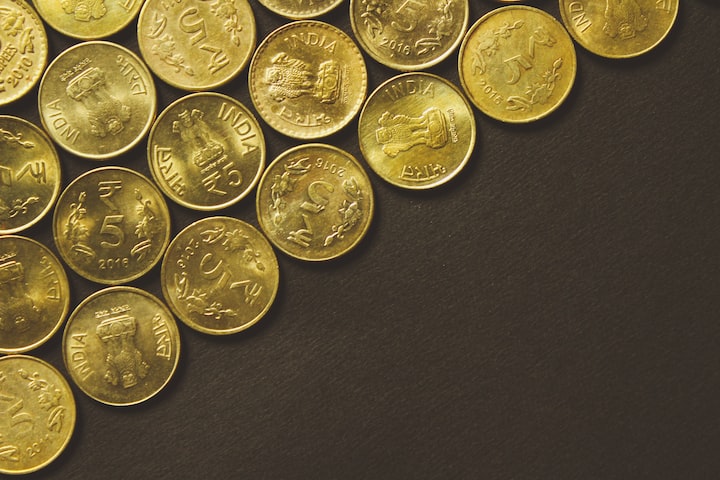 “This is a foolish endeavour," said the man in the worn armchair.

The lady standing at the window scoffed but did not turn away from the dreary view of rain pelting the concrete land beyond. Cars and people shuffled about below along the streets of New York City, reminiscent of ants in an ant hill. Working, working, working. Blissfully unaware of everything but their own lives.

“It is only foolish because you no longer have faith in it.”

“It was a foolish idea to begin with.”

“If that’s how you feel then you should have backed out when you had the chance.” The lady glanced over at him. “It’s too late now. And besides, do you really mean to tell me that you aren’t proud of how well it’s done? How well we have done in creating it?”

He met her eyes over the gold rim of his glasses for only a moment before she looked away and he did too.

He remained silent but his silence was the only response she needed to know that she was right.

The room they were in looked out over a portion of a wide street, five floors up from the ground, with large windows that didn’t let in much light on account of the thick grey clouds that filled the sky outside. The rain pattered against the windows, blurring the view beyond it as raindrops snaked down its surface.

It was relatively dark in the room, the weak lightbulbs that hung overhead casting long shadows across the floor and the walls. They seemed to claw at the wood and the old-fashioned wallpaper, twisting and turning every time the lightbulbs flickered. Old pieces of furniture were scattered throughout the room; a leather armchair here, an ornate side table there, bookshelves along the walls, a glass-topped coffee table, a long sofa vacant of any cushions.

The room was musty and uncomfortable and the building was old with no name, which worked well for the two people inside of it who were having a private meeting.

Their last one for quite a while, in fact.

The mugs of tea sitting on the coffee table had long since gone cold, one half empty and one still full.

They could have been in that room for an hour or three or more. Time felt far away when the landscape outside never changed and when there was no visible clock to watch.

Noa adjusted his glasses and after glancing about the room he returned his gaze to Saaya. She continued to stare out of the window, the silence between them stretching on. One of the lightbulbs flickered.

“What now then?” he asked, a tone of exasperation lacing his voice.

Saaya turned to look at him, raising a neat eyebrow.

“What do we do now?” Noa repeated after a few moments, crossing one leg over the other, “The Bitcoin is established, it’s in use. The official age of working cryptocurrency has begun. What are we planning on doing now?”

“What more is there to do?”

He thought on that for a moment but instead of giving a direct reply he understood the subtle message behind her words.

Saaya shrugged and Noa released a spluttered laugh of disbelief. “All this effort - all this bickering with me as we worked on it - and now you want to just… just…”

Saaya looked amused, a thin smile appearing on her face. “I’m surprised you care so much,” she commented nonchalantly, “I thought you of all people would’ve loved to give up this Satoshi Nakamoto guise, the bitcoin-”

“We spent several years crafting it!”

“What in god’s name is so funny?” Noa stood up from his seat, his arms folded across his chest. He looked older in the dim light of the room, the sparse grey hairs in his beard and hair a contrast to the natural black.

Saaya faced him, that smug, amused look still in place. The look that always managed to make Noa feel like a child who was missing something so plainly obvious.

It should have been impossible for someone younger than him to elicit that response, but here he was regardless. Saaya was always good at making him feel childish.

“We’ve made this incredible system, this ability to digitally mine and transfer money without the need of an unreliable, unstable central authority. We’ve finished it, Noa. There is nothing more to do. What, do you think we should hang around on bitcoin forums for the rest of our lives? No. I have bigger and better things that I want to work on. I don’t want to exist as this faceless Nakamoto person any longer. This project is finished now. We’ve done what we set out to do and now it’s time to go.”

For a moment, Noa just blinked, trying to fit everything together.

She may have been his business partner for the last twenty years, but he still didn’t have a good read on her. He was convinced that no one did.

Saaya liked to flit from one thing to the other, building on ideas and then abandoning them and then creating something else. She was the human form of a whirlwind; arriving, turning things on their head and then leaving again, upheaval trailing her wherever she went. Some would argue destruction, but Noa was reluctant to go that far. She usually meant well, or at least, that was what he believed.

Although cryptocurrency hadn’t been her idea (in fact, the first inklings, the first beginnings, could be said to have originated with cryptographers Cynthia Dwork and Moni Naor in 1992), the scaffolding that countless programmers had laid out before her had sparked an interest.

And then an idea.

And then a formula.

It had seemed impossible at first, but the two of them had somehow managed it. And now, after all of their hard work, she wanted to abandon it?

He couldn't make sense of it.

Noa squared his shoulders. “And what if I wish to keep it?”

She scoffed, rolling her eyes while walking towards him. “And what would you do with it? Spend hours posting on forums? Monitoring a system that doesn’t need us anymore?”

Saaya stood so close to him that he could see her nostrils flaring. “I don’t want to waste time with it anymore. We've created the future of currency. Now it’s time to go. So I’ve already spoken to Gavin. He’s taking over the role as lead developer at the Bitcoin Foundation.”

“I- you- you didn’t even consult with me about it?”

“No because I knew you would want to pointlessly hold onto it.”

“That’s not fair! We’re supposed to be a team-“

“I’d suggest getting your affairs in order,” Saaya cut across him as she moved over to the sofa to collect her coat and bag, her arm brushing his briefly, “The Bitcoin and its community is no longer our concern. I have greater plans in mind. I hope you’ve been mining your own Bitcoin in your spare time.”

“Don’t tell me you haven’t prepared at all for the future? Their value will increase in the next few years, I’m sure of it. You should have some stored away, you never know when you might need it.”

Her briskness suggested she was lost in her head. It suggested to him that the gears were turning, the clock was ticking, the sparks were flying. She was thinking. She was plotting. She rarely acted so suddenly without a plan in place.

Noa narrowed his eyes, adjusting his tie with one hand.

“Saaya, what are you planning?”

She finished pulling her long coat on and then faced him, her dark brown eyes nothing but an unreadable depth of thoughts.

“The future, Noa. And if you were wise, you would join me.”

She shrugged but her tone of voice was far from nonchalant. “You would turn around and leave.”

Noa watched her silently as she picked up her bag and left the room, the slight heels of her boots clacking against the wooden floorboards as she went. The door closed with a thud and he sat back down in the worn leather armchair, running his hand through his greying hair.

The last time that Satoshi Nakamoto, Saaya and Noa, ever met with each other. They kept their distance. Moved apart.

Who knows what she had planned for her next big venture. Her name has not been spotted anywhere, but that doesn’t mean she’s not around.

Noa, on the other hand?

He hasn’t been seen since 2010. Where he went could be anyone’s guess. Maybe he moved. Maybe he changed his name.

Maybe Saaya was worried that he would spill their secrets.

Just someone who loves reading and writing and art

More stories from writers in The Chain and other communities.