by Daniel Joseph 2 months ago in bitcoin
Report Story 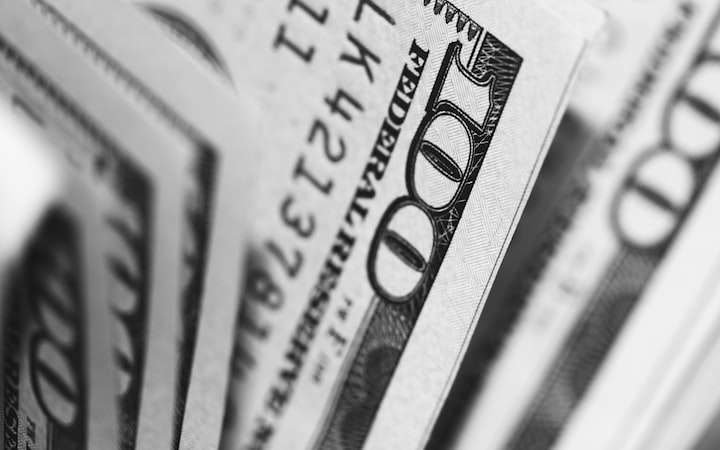 Photo by Pepi Stojanovski on Unsplash

But that is ok! On the European Central Bank’s (ECB) website44 you can read:
Euro banknotes and coins are money but so is the balance on a bank account. What actually is money? How is it created and what is the ECB’s role?

The changing essence of money.
The nature of money has evolved over time. Early money was usually commodity money—an object made of something that had a market value, such as a gold coin. Later on, representative money consisted of banknotes that could be swapped against a certain amount of gold or silver. Modern economies, including the Euro area, are based on fiat money. This is money that is declared legal tender and issued by a central bank but, unlike representative money, cannot be converted into, for example, a fixed weight of gold. It has no intrinsic value—the paper used for banknotes is in principle worthless—yet is still accepted in exchange for goods and services because people trust the central bank to keep the value of money stable over time. If central banks were to fail in this endeavour, fiat money would lose its general acceptability as a medium of exchange and its attractiveness as a store of value.

The St Louis Fed, in episode nine of a podcast series called Functions of Money—The Economic Lowdown Podcast Series, says:
Fiat money is money that does not have intrinsic value and does not represent an asset in a vault somewhere. Its value comes from being declared ‘legal tender’—an acceptable form of payment—by the government of the issuing country.

So next time someone brings up intrinsic value, try to be patient and explain that intrinsic value doesn’t really matter. What matters is if there is utility in the asset. How useful is it? Well, fiat currency is useful, at the very least because it is the settlement instrument with which you pay your taxes to the state, and more broadly because it is legal tender and must be accepted by merchants.

If you don’t pay your taxes you go to prison, or worse. So some people argue that fiat currency is backed by the threat of state violence. Other people say that fiat currency is backed by the trust and confidence in state institutions—which is a little bit vague, don’t you think? But at least it sort of makes sense, unlike the cryptocurrency favourite: ‘Bitcoin is backed by math’—which is entirely nonsensical. Although at first it sounds kind of profound, don’t stop to think about what that means.
Mathematics is used to determine which transactions are valid or not, and is used to control the speed at which bitcoins are created, but this is not a ‘backing’ in the sense that a bond is backed by the issuing company, or a US dollar is backed by the assets on the Federal Reserve’s balance sheet, or a startup is backed by a venture capitalist.

Legal Tender
When a currency is declared legal tender, it means that by statute (law), people must accept it as a settlement mechanism to meet a financial obligation, and that you can pay your tax bills with it45.
Not all notes and coins are legal tender in all circumstances. Currencies are, in general, not legal tender outside of their home jurisdiction. For example, someone in the UK can refuse to accept Russian roubles as repayment of a debt. This doesn’t stop a recipient accepting roubles if they want; it just stops someone being able to force a recipient to accept them.

Also, in many countries you can’t force a recipient to accept payment in an antisocial amount of loose change: there are specific rules as to what counts as legal tender. In Singapore, according to the 2002 Currency Act46, you can’t force someone to accept more than $2 in any combination of 5c, 10c, 20c coins, and you can’t force someone to accept more than
$10 in 50c coins. Currently there are no limits for payment in one dollar coins, but after a series of high profile incidents in 2014 where people and merchants made payments in large amounts of loose change47, the Currency Act is being reconsidered to a more memorable uniform legal tender limit of ten coins per denomination, across all denominations, per transaction. This means that a payer would legally be able to use up to ten pieces each of 5-cent, 10c, 20c, 50c, and one dollar coins, but no more, per transaction.

Also in Singapore, under the 1967 Currency Interchangeability Agreement, the Brunei dollar is acceptable as ‘customary tender’ on a 1:1 basis. You can pay for a coffee in Singapore by handing over the same amount in Brunei dollars. Banks in each country will accept the other currency at par48.

Zimbabwe uses USD as the main currency for pricing goods and for government transactions, but lists the following currencies as legal tender: Euro, United States dollar, Pound sterling, South African rand, Botswana pula, Australian dollar, Chinese yuan, and Japanese yen. Its own currency, the Zimbabwe dollar, is not on that list. There are also multiple versions of the Zimbabwe dollar (with different pricing) and the country is a fascinating case study for how not to do currency. It is a mess for shopkeepers, but a delight for monetary economists!

More stories from Daniel Joseph and writers in The Chain and other communities.