by Bryan R.. 2 months ago in bitcoin 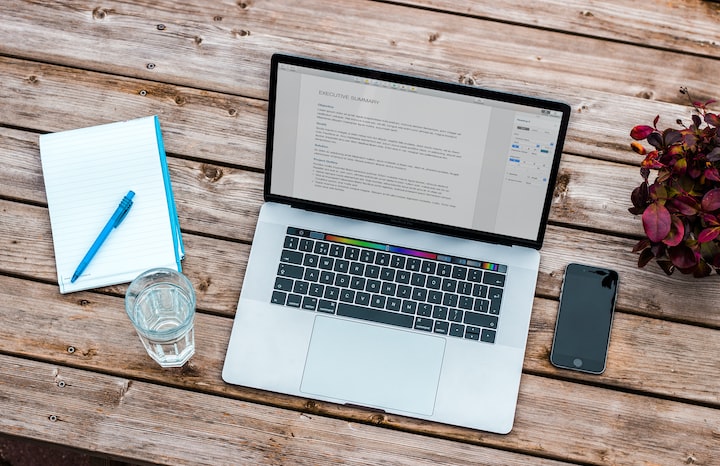 Photo by Bram Naus on Unsplash

Jason Ishotas frequented Grab a Byte Cafe on a regular basis. Gamers and geeks of all kinds congregated there to network and share code with website developers. Grab a Byte hosted weekly Zoom calls featuring some of the most prolific gamers in the industry and online tournaments drew capacity crowds on the weekend. After leaving his 8 am to 5 pm gig at a big box store, Jason often dropped in at the Cafe to learn the latest trade tricks and to look for collaborators on an innovative idea. Unfortunately, none of his acquaintances in the cyber community bought into his endeavor to upend the financial world. They believed his dream to be foolhardy and a complete waste of time. People preferred to hold cash in hand...to have something tangible...to know that a local bank stored their wealth. They also thought cyber money to be more suitable for buying items in Minecraft not in the real world of commerce. No one in his personal circle supported his vision until Mia Sato walked into his life.

Mia attended school at New York University, studying Graphic Arts Design. She dabbled in the gaming world and heard about Jason's idea through the virtual grapevine. Interest in his concept prompted her to pull up a chair and join him at his station. After cordial introductions, Mia addressed the reason for making contact.

"I hear you're developing a crypto currency," she commented matter of factly.

"Well, I'm trying. No one around here seems to find my idea intriguing enough to help. In a nutshell, here's the gist: I want to create a form of money that removes the need for a central bank. This form of currency can be tracked by everyone. There is no central authority changing the ledgers or cooking the books. There is complete accountability in this plan."

Mia nodded, understanding. "My father works at Wells Fargo. When the banks were bailed out in 2008, his company benefited, but he worried about a system that erased debts and added to the national debt. Some of the worst cases of financial fraud disappeared. No one was held as you said 'accountable.'

The barista called out her name and held up her iced macchiato and pastry. "Want something?" she asked Jason.

After a sip and nibbling off a piece of the dessert, she continued. "So, how do you go about doing this?"

"Well, I want to create a currency that is completely transparent. One that is pseudo-anonymous. All transactions can be tracked at any time, but the people conducting the transactions can still keep a modicum of privacy. You will be able to see balances, but you won't be able to tell who's sending money to whom."

Jason wondered if Mia thought his idea outrageous. She seemed to be interested, and hoped her attention wasn't patronizing. She shrugged out of her coat, preparing to stick around for a while.

"But doesn't there have to be a central authority or system to keep an eye on those conducting business in this manner?"

Okay, he thought. She is paying attention.

"That's a great question, and the answer is no. I contemplated this problem for months and finally the solution clicked. Everyone who decides to use this currency will load the necessary program on their computers to trace all transactions. Everyone serves as a central authority. Besides the system being completely transparent, this will deter hackers. There won't be one central computer system tabulating results...but a host of computers."

"That's genius," she whispered. "What will you call that kind of system with multiple computers?"

"The guys around here call this idea something that should be used on Minecraft. So, to spite their cynicism, I thought I would call it block-chain."

Jason stared at her for a moment, stunned by her quick decision. "Are you sure?"

"Absolutely. I believe this can work. So, what do you need?"

Jason started bouncing his knee nervously. "Well, cash. Funny, huh? But I need the money to buy computers with computational capabilities comparable to what I find here." He paused while she surveyed the room. "Since I've had no help here, I'd much rather work on this at home."

Mia nodded, understanding. She tapped her phone's screen and pulled up a banking app. "What's your Venmo?"

Mia stood to leave. Her purse tipped over and a few coins rolled under the table. Their heads banged together as both stooped to retrieve the handful of change. "Ouch!" Mia said, rubbing her temple.

"It's okay. It just hurt a little bit. I should've just left the coins under there as a tip..."

Jason's face lit up as inspiration struck. "You've just given me an idea. How about we call it BitCoin?"

"Genius," she replied, forgetting about the bump on her head.

A few weeks later, Jason invited Mia over to his apartment to wrap up the final loose ends. "The program works," he announced proudly. "Now all we need to do is introduce it to the world."

Mia toasted the success with an imaginary glass. "When will you unleash Bitcoin to the masses?"

"I've been thinking about that. This currency might fail; this money might make us millionaires, either way, I'd like to remain anonymous. I want to announce Bitcoin under a pseudonym."

"Do you have any ideas?" she asked with a smile.

"Maybe," he grinned. "Remember a few nights ago when we were chatting and you told me you were the middle child?"

"Yes," she replied, wondering where this was going.

"Well, I did some research and discovered that 'Nakamoto' is the Japanese word for 'middle."

"Well, since we are a team, I thought we would use the name 'Satoshi Nakamoto. Satoshi is..."

"Your last name in reverse," she interrupted.

He nodded enthusiastically. "Yes! What do you think?"

"Sounds great...and there's still only one word to describe this whole idea."

Jason tilted his head to one side. "And that would be?"

Husband. Father. Music and Youth Pastor. I enjoy writing as a hobby.