by Tara C. 8 months ago in bitcoin 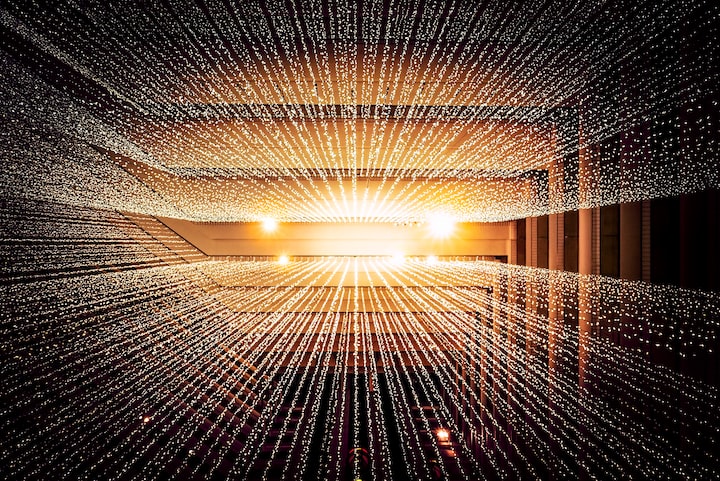 Photo by Joshua Sortino on Unsplash

One early summer morning (2007) in sunny California, a 32-year-old man could be found sitting in front of his computer profusely sweating as he had not moved since 8:00 pm the previous night. When you are in a bind financially and have a family to support, sleeping is not an option. His parents always worked so hard and never let him forget that. They moved to America before he was born and provided everything he ever needed, but it was not without consequence. Because his parents were so successful, they expected nothing less from their only son. Dorian had above average intelligence, but he also had what the doctor’s call ADHD. The “H” stood for hypo rather than hyper. With this, Dorian felt there was a shadow that hovered over him throughout his life and it followed him well into adulthood. He had the intelligence but there was no motivation to drive him to the success his parents expected of him.

When Dorian was in college studying coding and programming, he met the love of his life Anya. Before he met Anya, he would normally spend his Saturday nights playing video games and procrastinating any form of studying. After he met Anya, Dorian had a renewed sense of purpose. He would do anything for her and he wanted to provide for her in every sense of the word. She became his muse, as he finished college. Alas, shortly after they were married Anya was with child. Dorian was having a hard time getting work in his desired career field and so he decided to take a job as a call center representative for a security company. It wasn’t what he dreamt of doing but it would pay the bills that were piling up. Anya was a nurse and worked where most new nurses wind up-the ER. She worked long nights and slept in the day. Dorian worked days and slept throughout the night. As Anya’s belly grew, Dorian became saddened that he was missing what should be a wonderful new adventure. He became depressed with the thought that he might miss his child’s birth and that he was stuck in a job that he hated.

In fact, this is just what happened. Anya gave birth while Dorian was at work taking back-to-back calls. He missed the multiple calls and texts from her as he was not allowed to have his phone out. By the time he saw the messages and arrived at the hospital his beautiful baby girl was already born. Dorian cried aloud as he couldn’t understand why this was happening to him and his little family. He held his daughter for the very first time and thought to himself “I will do better for you and your mother baby girl. I promise”.

A month after his beautiful daughter was already born, Dorian had formed a group with some friends that he made-Craig, Nick, and Hal. Craig and Nick went to college with Dorian and Anya. Hal was new to the group as Dorian only met him when started working at the call center. This group was formed in secret as what they were planning could go the wrong way and they didn’t need their families snooping. Every Saturday they would meet under the pretense that they were playing dungeons and dragons. The wives never questioned it and they definitely didn’t want to join. If you ask any of them how the conversation even got started, none of them will provide the same answer. Ultimately, they joined for their love of technology and skills that weren’t put to good use since college. They all got to talking about their debts and student loans that never seemed to get smaller and thus the idea was born to produce a program that could make money!

As the years passed by, the motivation and hunger to succeed became all encompassing. As they got closer and closer to something, they felt was going to be a money maker, they stopped showing up to work one or two days a week. One or two days turned into weeks, until they were inevitable fired. Dorian began to take out loans from pawn shops and much to his dismay, his parents. He did whatever he could to prevent Anya from knowing what he had done. Of course, as you could imagine, things came crashing down when Dorian couldn’t borrow another penny and his wallet was empty. Loan sharks started to harass him and would follow him to his home and hideout spot. It started out as some weird van showing up “coincidentally” in the same places Dorian would show. Then the driver of the van eventually approached Dorian when he was at a fast-food joint with his daughter. A thin man that was about 6’2 wore sunglasses and clothes that haven’t been trendy since the 70s walked up to Dorian at the drink station “What a lovely daughter you have there”. A man with a gruffly voice whispered. “Do I know you?” Dorian asked startled. “No, but you will. I just wanted you to know that we know what your daughter and your pretty wife look like. We know where you live. If you don’t pay up by Saturday, your life will become a living hell”. The man smirked, looked over to where Dorian’s daughter was sitting and then walked out. Dorian knew he didn’t have long and he needed to launch this program very quickly.

Dorian texted the group “We need to meet in 30 minutes. 911!” This was their code for urgent matters and should only be used when absolutely necessary. Dorian quickly grabbed his daughter and brought her back home. A worried Anya asked what was going on, but Dorian left before he could answer any questions. Dorian met with the crew and explained what occurred. “Dude, its too soon! We are at least two months away from launching. If we rush this, there will be no money to made. It will just be another crap program that will be short lived!” Craig responded. A shaken Dorian sat down to light a cigarette “We have to, my family is in danger!” “I understand Dorian but look at it from our point of view. What if we put together some cash and pay them a little bit now and let them know you’ll have the money in a few months?” Hal asked. “How, how much do you owe anyway?” Nick interjected. Dorian put his face into his hands and sat silently for a few minutes. “$50,000...I owe $50,000”. Dorian whispered into his hands. It was so silent you could hear a pin drop. Nick, Craig, and Hal as if they could read each other’s minds pulled out their wallets. They pulled out what they had on them which equaled about $496.00. “I have some investments I could cash in, but I need to know you will 100% pay it back”. Craig offered. “How much?” Dorian raised his head. “10,000. And this was going towards my household bills. I fully expect a return on this once our program launches”. Dorian raised an eyebrow “You know I am good for it; I promise. Can you tell me a little bit more about your investments though? I had no idea you were that lucrative”. Craig had all of their attention. Fully.

After a few hours and a few beers, Craig talked about the stock market and how this would help their program become lucrative. Making the program available to Wall Street was what he had planned on the business side. He felt he didn’t need to explain this until they actually launched the program. He wrote Dorian a check, and Dorian drove home hoping and wishing this would be enough to hold off the sharks.

When Dorian got home, he saw something that struck fear in him to his core. A picture of his daughter playing outside and his wife walking out of the hospital pinned to the front door. The message was loud and clear. Dorian opened the front door and found his wife sitting in the living room with a suitcase. “What is going on?” Dorian asked sheepishly. Anya in this instant threw her purse right at Dorian’s head “You know very well what is going on! A man showed up today and threatened me! How much money do you owe Dorian? Are you even working still?” Dorian sighed; he knew it was far too late to lie. Dorian explained his program and its estimated worth once they launch it. He explained everything to the very last detail, including how much he owed and how much he could give them. “They took everything I had in my wallet Dorian”. Anya explained sobbing into her hands. Dorian walked over to hold his lovely wife. He knew now that the suitcase wasn’t for him, it was for her and his daughter. “Please give me time, I promise I will make this up to you two”. With that his wife and child were gone.

Dorian had nothing else to lose at this point. He took the money he had to sharks and gave them a firm message to leave him and his family alone. That he would have the money in a few months with interest. They reluctantly accepted, but as they had other plans for Dorian, they let him go. Dorian spent every waking hour perfecting his program. One sunny morning in California in 2007, Dorian stared at his computer screen sweating profusely. He had to perfect this and he had to make this turn to gold. Then the thought suddenly occurred to him “Bitcoin”. He would truly make this into gold.

As Dorian left one morning to meet up with his crew, the shark van was waiting across from his house. They weren’t even trying to hide at this point. The man walked up to Dorian “Boss wants me to tell you, the interest just went up. He did some digging and knows what your program will be worth. He wants a cool mill”. The same smirk came across his face as he walked back to his van. Dorian knew he had to do something or they would keep coming back for more. He wasn’t about to be black mailed for the rest of his life!

Dorian told Craig, Nick, and Hal his idea for the name and explained what happened with the shark. He knew that they had just as much to lose as he did if these guys kept coming after him. After a few hours, Nick spoke up “Ok, we go under a pseudonym, and Craig you mentioned there was something we could do to mine the data and make out big”. Craig looked up “Yeah, but we’ll have to do this in one sweep and get gone before anyone notices. Also how does this get the shark off our backs? They’ll just ask for even more money.” Hal spoke up “Easy, Dorian puts something out that is useless under his real name. It can be a different type of crypto and when it busts, the sharks will take what he owes $50,000 and they will think they still got away with more than what he made.”

In 2008, Bitcoin was born under the name Satoshi Nakamoto and another program was born that made just a little over $70, 000 before failing miserably. Dorian passed on the 50k and the sharks did in fact leave him be after this thankful they at least got what he owed them and made some underhanded comments about how he shouldn’t have quit his day job. In 2010, 1 million was pulled out before the mysterious Satoshi Nakamoto “disappeared”. Meanwhile in sunny CA Dorian could be found enjoying a dinner with his family and encouraging his lovely daughter become whatever her heart desires.

Receive stories by Tara C. in your feed
Tara C.
Read next: LKRcoin Cryptocurrency - Chronicles of a Guaranteed Win