Decentralization Offers a Lot of Benefits 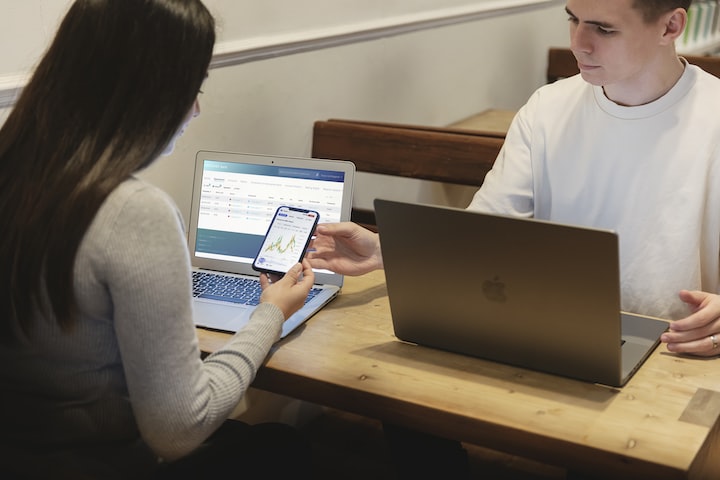 The decade appears to be dominated by decentralization. At its core, it's a bottom-up strategy to managing a network or organization, in which authority is delegated and distributed among a large number of people who are then empowered to govern and pay into the system.

It's been on the rise since the Great Recession of 2008 and the development of Bitcoin, a blockchain network powered by multiple nodes that aren't owned by a central person or institution.

We're just now getting a sense of what this implies in practice as a group. However, we do know that adoption is on the rise: According to a poll, 57 percent of respondents think blockchain has become a vital issue for their businesses, up 10% over the previous year.

The underlying issue is why is everyone so enthusiastic about blockchain decentralization and the technology's future?

1. Users are able to take part in a system that is not based on trust

Institutional confidence is at an all-time low. In terms of privacy and control, Google, Facebook, and other corporate behemoths have had their fair share of scrutiny. By allowing various people to administer a network, decentralization addresses trust difficulties. Users are not required to trust a centralized authority, and mechanisms are in place to prevent malicious activity.

2. Reduces the possibility of a lack of oversight

In monetary systems, trust is more important than everywhere else.

Because of its potential to acquire user confidence, decentralization7 has given birth to digital currencies. In hyperinflationary economies like Zimbabwe and Venezuela, systemic breakdown emerges.

People's distrust of central banks' motivations, ethics, and competency is reflected in the surge in cryptocurrency value. Decentralization, the underlying protocol, is a cure for the too-big-to-fail syndrome. Individual sources of failure, such as a Wall Street bank that requires a major bailout to avoid crashing the financial system, may bring a whole economic system down.

When a website or ATM software collapses, single points of failure may bring a network to a standstill. A node that goes offline in a decentralized system distributes its task to other nodes, allowing applications to continue to operate.

3. Resistance to censorship encourages a culture of openness

Central entities or unscrupulous individuals might silence reasonable concerns about plans or procedures that, if followed, can help an organization improve and/or avoid undesirable conduct. Peer-to-peer communication is significantly more difficult to restrict since it encourages a culture of meritocracy and constructive criticism.

Management and staff at many decentralized-focused businesses are enthusiastic about the endeavor to improve the user experience and establish protocols that nurture an ecosystem.

Furthermore, decentralized networks are often open-source projects, allowing anybody to create programs, goods, and services on top of them.

As a result, there are more options for network expansion. Closed systems limit developers to what can be constructed or developed by a central entity.

Decentralization is more than just a technology strategy. It's a mentality and attitude that seeks the optimal path for a complete ecosystem rather than one's own path.

Why DeFi Is Essential?

You do not need to "open" an account or apply for anything. You only need to create a wallet to gain access.

You are not required to submit your name, email address, or any other personal information.

Flexible: You may relocate your property to anyone at any time without obtaining authorization, waiting for lengthy transfers to complete, or paying costly fees.

Interest rates and prices change often (as often as every 20 seconds) and can be much greater than on regular Wall Street.

More stories from Luna and writers in The Chain and other communities.