by Deeann Mathews 10 months ago in blockchain

That was me in March of last year.

And, this is where I will be henceforth, although there are some things on the old chain that will have me checking in there from time to time. 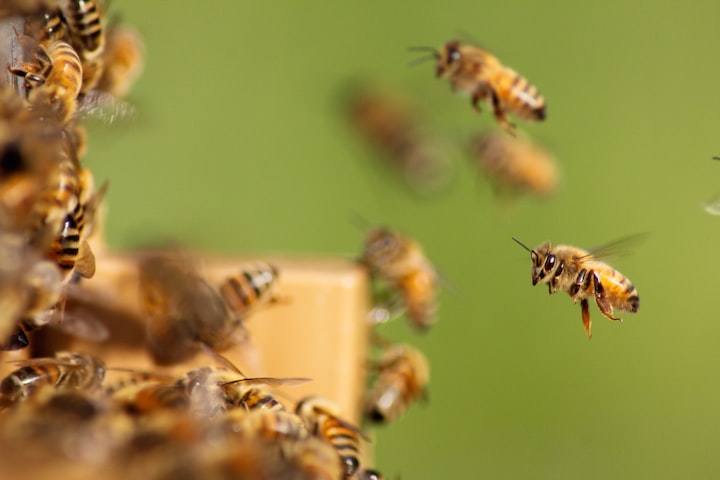 By Damien TUPINIER on Unsplash

About a year ago, I entered the crypto space when, in searching for a wonderful baritone named Pierre Gardy-Fontaine, I discovered Steemit.com.

So, I came on board as a musician, looking to earn Steem for producing music there. I'm no slouch in that area of my life.

Although I was once a professional journalist, my first writing love was fiction, and I wrote a LOT of that on the Steem blockchain. How much? Well, after I was made a highlighted writer in the community I was part of, I wrote a novel in three weeks and then went on and published in on Amazon ... this right HERE:

You can still read that over on Steem, because on a blockchain, things are immutable.

But if you would like to read it on a blockchain, for free, I would prefer you read it on Hive, instead.

I just ended my FOURTH novel-length tale from the blockchain-universe of Lofton County, VA just last night on Steem, and closed it off just before the split.

That's the history part. Steem split at 7a.m. Eastern Time, and one of those forks is now the Hive blockchain.

Steemit, the biggest interface for the cryptocurrency Steem, was recently purchased by Justin Sun, best known for TRON. The problem began as Mr. Sun and the witnesses who ran Steem in a decentralized, uncensored way began wrestling for control of the Steem blockchain, and a big stake of the coin that was supposed to be used for the chain's future development.

I am not up enough on all things crypto to sort out all of that. The more I learn, the more I discover that the less I really know.

I also know that Mr. Sun's centralized Steemit (and, owing to the number of witnesses that he has put in, Steem as well) is now hiding posts – censorship.

Steem is also “under maintenance,” meaning that nobody can move their Steem or Steem-Based Dollars (SBD) out to exchanges to exchange it for other coins. Crypto that we have earned is locked up, therefore, on this most likely day for people to want to move it.

I don't deal in conspiracy theories in my public writing.

I do know I need to be able to access my money, especially in the middle of this financial crisis related to Covid-19.

We'll see how long this situation lasts. If I have to write off my earnings on Steem, fine. I'll wait for the lawsuit to clear that up.

In the meantime, a snapshot was taken on Steem just before the people I respect and trust there forked the chain, and created Hive.

There are projects on Steem – like @project.hope and @hope.venezuela – that are still functioning, and because of the work they do in using Steem to get money and supplies in Venezuela, they are staying put on Steem because it is on so many exchanges for BTC all ready.

I care about those projects, so I'm not leaving Steem entirely.

But I am moving most of my work to Hive.

I don't like unnecessary drama in any space, including the crypto space.

I don't care for centralization and censorship.

The people I have grown to respect and love on Steem are going over to Hive for that reason.

Hive does not have the problem of that big stake up for grabs that “artificially” kept the chain from being developed and the coin itself from being able to grow.

But all of that is a little beyond my full understanding – it took the crisis for me to even learn what a lot of the fight was about.

I'm still a newbie – “newbee,” perhaps, since I joined Hive this morning? – when it comes to the deep understanding of crypto.

But, for those of you that want to produce in a decentralized, uncensored space, join several communities of fabulous artists, photographers, musicians, writers, and all-around creatives, and literally be part of building out a chain from the start, I can recommend Hive in a way I could never recommend Steem.

Want to see what the buzz is? Hive is ALIVE – check it out, right here: https://hive.io/.

Deeann D. Mathews is is a former professional journalist with the Bay Area News Group, and is a writer, composer, and community servant living and working in San Francisco, CA. She is an early adopter on Vocal and the new Hive Blockchain.

See all posts by Deeann Mathews →