by Kene Ezeaputa 9 months ago in blockchain
Report Story

and where it goes from here 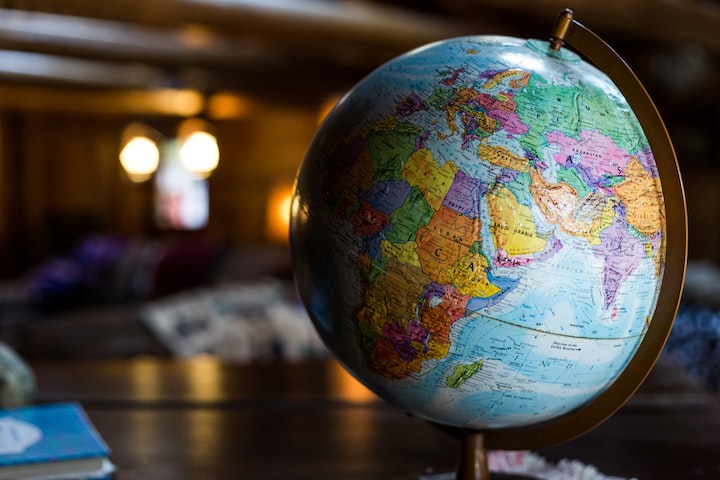 In the discussions around blockchain, you have the minimalists who believe the future of blockchain will have insignificant effects on the world. They believe the blockchain's potential is in messaging platforms or as a marketplace for online goods like Fortnite skins and NFTs. On the opposite end of the spectrum, you have the maximalist. They believe blockchain technology will transform every sector of our lives in the future, from data storage, digital identities, gaming, property rights, and currency. The noise around blockchain distorts its value. I want to take a step back and look at blockchain's opportunities, its problems, and lastly, its future.

Blockchain technology will be implemented where it can lower costs or create additional value. An early use case has emerged in ticketing. You put your tickets on the blockchain (as NFTs) so they can be easily authenticated, the bonus being that every ticket that gets resold produces a royalty for the party that produced the ticket initially. This is done by integrating the tickets with smart contracts, a unique function of blockchain technology.

There are a few ways blockchains can lower costs.

Accounting - Instead of going from each department to reconcile finances, you can implement a verification system for purchases. That can be integrated into accounting software. This will save a day of productive work.

Data storage - With the rise of cyber security attacks, the cost of data storage is becoming increasingly costly to handle. By moving your storage onto the blockchain, you can increase security while lowering server/client provider costs.

Pay - 4 - privacy - A pay for privacy business model can emerge where customers can pay for their data to be stored on a blockchain instead of a central authority like YouTube, so they can still get ads recommended to them without YouTube looking at their data.

Health care – The fragmented data storage between healthcare providers leads to days of productive loss every month. Often times, when you go to a new provider, they have to rebuild your medical history from scratch or contract with your old provider to send your documents because there is no universal system. The blockchain could enable a data storage system where the patient has access to their own health records that have been verified by a professional, and with a health provider's request, they could easily send them across providers.

Credit Cards - Your card provider can see every purchase you've ever made. By using AI and machine learning, these receipts can be stitched together to create an online dossier. A blockchain payment solution adds privacy between you and credit providers.

Blockchains need to have the ability to lower cost of developing or operating networks.

The biggest problem with blockchains has been coined the blockchain trilemma: how to achieve appropriate scalability and speed without forgoing security (Vitalik Buterin, the head of Ethereum, says the trilemma is decentralization, security, and scalability, but for this argument, the 3 S's are easier to remember) that developers encounter when building blockchains, ultimately forcing them to sacrifice one "aspect" as a trade-off to accommodate the other two. The most famous blockchain, Bitcoin, has great security but little speed and scalability. No chain is prepared for mass adoption.

The CertiK Foundation (The mission of the CertiK Foundation is to leverage better technology to create a more trustworthy blockchain ecosystem for all.) believes that the Trilemma may be better conceptualized in a pyramid. The base layer is the fundamental layer that upholds all others: security. Without it, decentralization may be corrupted, and scalability may be short-lived.

Minimalist also have concerns about.

I believe blockchain has a future, but like the Internet, it will take time. The premise of the Internet was originally developed in 1969. But the networks didn't start talking to each other until 1983.The Internet brands we know today didn't come into being till the mid-90s. Amazon was founded in 1994, eBay in 1995, and Google in 1998. YouTube came in late 2005 but wasn't mainstream until 2012. Of course, blockchain won't take this long because it is using the internet as a case study, plus all the capital flowing into the space. But it always takes longer than expected for technology to reach primetime. Being early means, by definition, that the technology isn't ready. For reference, Visa does hundreds of millions of transactions every day. Solana (the blockchain best known for its scalability) can process about 60 million transactions per day. Blockchain technology has developed fast, but its potential will be realized in the coming decade, not coming year.

With sincerity and gratitude

More stories from Kene Ezeaputa and writers in The Chain and other communities.