Basic Income and Beyond

by Daniel Goldman 5 months ago in blockchain

Using Blockchain to monetize our daily activities for a more prosperous future. 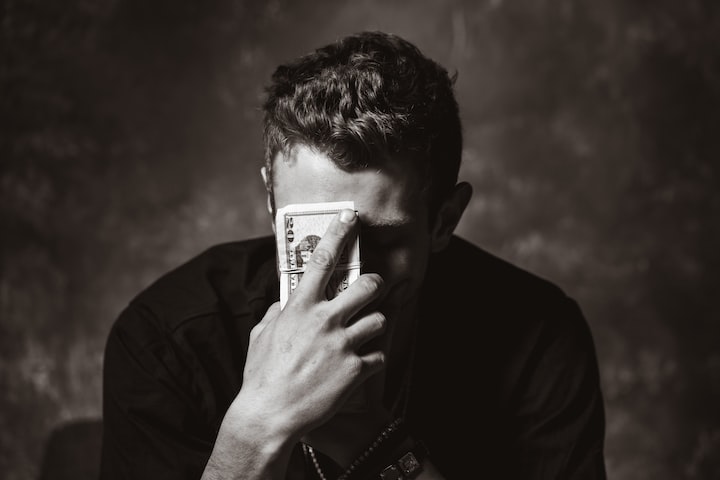 Photo by Travis Essinger on Unsplash

Universal Basic Income is crucial for driving a more prosperous future. Individuals should not have to work tirelessly just to survive. There are some people who disagree with this view. I won't get into the ethics of the issue. Instead, the view that I propose here is merely practical. Creating a basic foundation will improve economic output. People will be able to spend their time improving themselves and the world, rather than struggling to survive.

As efficiency is increased, more resources are available for all participants in the economy. Therefore, even though lower income members of society benefit from basic income, there is no reduction in wealth potential for other members, and indeed wealth potential increases, as efficiency increases. Likewise, with more people in society actively consuming and producing, the rate at which energy can be drawn in from the surrounding environment also increases.

The Need for UBI is More Obvious Than Ever

The concept of a basic income has been around for a while. Unfortunately, with a few exceptions, the idea has not gained much traction. However, a lot of people have been pushing for basic income lately. The COVID-19 outbreak, and subsequent shutdowns, have hurt many people. Even many Republicans, who have generally been opposed to UBI, are now considering at least short term forms of income support. However, short term support is not enough. But then again, neither is basic income.

Beyond a Basic Income

So what is beyond a basic income? The answer is "monetizing our daily activities." Many activities, such as engaging with others on social media, playing games, and other activities, actively generate wealth for the world. Unfortunately, it is very difficult for the end user to see any of the benefit.

Blockchain technology is changing this situation. Slowly but surely, through various tipping systems and other implementations, social media, gaming, and other platforms are starting to share their wealth potential with their users. Rather than diluting wealth, this process is expanding it, as people are driven to invest more and engage more.

UBI proponents have been pleading with government for years to implement UBI. Opponents attack these programs as being government intrusion and theft. And indeed, when government is involved, they are examples theft. They rely on taxes, which are token forcibly from some, and given to others. Worse yet, so called universal basic income programs are far from universal. A person has to be a recognized citizen of the issuing state. In other words, either people have to beg to become a member of a society that offers "universal" basic income, or be lucky enough to be born into such a society. How is that system truly different from how we live now? Some people succeed, or are lucky enough to be born into a family (or society) that supports them, while others who are not so lucky must rot. Such UBI systems are nothing more than economic insanity.

The system I mention above is unacceptable. And there are alternatives. Monetizing these activities requires more than simply creating a token for an individual project. A lot of blockchain projects create their own token as a means of raising capital through an ICO, or distributing dividends to token holders. But to create a system where people can effectively monetize their daily activities, it is necessary to have monetization tokens that represent these activities themselves.

This method involves creating a token and then working to provide a large number of uses for it that are related to the concept being monetized. For instance, a foundation can create a token representing public health as a concept. The foundation would network with various health service providers to bring purchasing power to the token. The foundation can also utilize its token to fund startups and other projects related to public health, and to provide a secondary income source to people who support the public health system through various activities, such as by becoming certified in CPR.

The World Builder foundation is seeking to provide these kinds of operations. The goal is to provide basic and extended income sources. The operation has already set up monetizing tokens for public health, academic research, and entertainment, as is working to support these tokens so that they become robust extended income sources. The foundation is also working on providing basic income services. Together, these services will help create a more prosperous future, all without having to wait for government to get involved.

Essentially, the only thing stopping us from having basic and extended income is ourselves. If we stopped waiting and started implementing and supporting these kinds of systems now, we would have income sources that could be used to support those most in need while improving the world for the general population.

I am the founder of World Builder and many of its child projects. While I created these platforms to benefit humanity as a whole, I do stand to benefit from the projects as an early token holder. While I am working diligently to keep these tokens functioning as utility tokens, some might view them as speculative vehicles. If you plan on speculating on these projects, do so at your own risk, after fully researching the projects.