by Rachel Pieper Decker 3 months ago in product review

If they are all really a scam, why are there more created everyday and record number of new holders? 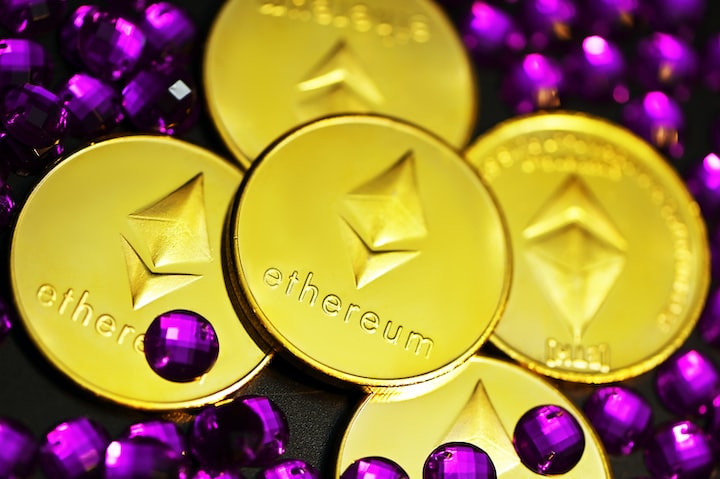 If we want to get really philosophical, we could ask: Why does anyone buy anything? If we look to Twitter about the general sentiment of NFTs, you’ll see comments like, “They are literally nothing. You own nothing,” and “Right-click, save, boom, I have a CryptoPunk* without paying thousands of dollars.” While these are paraphrased, they capture the overall feel of how some view these digital assets built on the blockchain. However, those who DO purchase them see more than just a JPG.

While there are detractors to the medium and bad actors in the mix, not all projects are just rug-pulling pixel art. Many have additional perks, provide access or other benefits to their holders. Below we will examine a few of the reasons individuals choose to purchase NFTs and some of the projects that provide those benefits.

Utility in the NFT space is used rather loosely. Some interpretations include the ability to change the background on the PFP they purchased as a utility. Others look at the roadmap of the project and see that the developers plan to donate a percentage of their profits to a specific type of charity, and consider that utility. For others who truly don’t understand why people would want NFTs, this is the section for you. For the purposes of this article, utility is going to be seen through the lens of “the state of being useful, profitable or beneficial,” specifically to the holder.

Access can mean a lot of things. It could mean exclusive entrance into a community (Bored Ape Yacht Club), it could mean access to a physical conference (VeeCon via VeeFriends) or music event (Kings of Leon x YellowHeart). On a smaller scale, this could be access to a special Discord channel or even time for personal interactions with the creator (Witchy Bits, VeeFriends access tokens).

Many blockchain games require the purchase of the NFTs in order to play. You don't get "free" starter characters; there is buy in from the beginning. ZedRun and Axie Infinity are just such games. The holder can choose which horse to purchase or what characters they would like to battle by reviewing statistics and tactics prior to playing.

Some NFT collections work in either a collaborative sense with their intellectual property, where the holders can contribute to the stories of their characters in a shared world (A GNOMIVERSE PROJECT, Tell Me Planets) or holders are granted a commercial license to create merchandise and derivative artwork based on the NFTs that they own (World of Women, BAYC, Find My Hoodie).

This utility appeals to a lot of collectors. A percentage of the sales, airdropped to your wallet, just for owning a piece of the collection? I can hear a lot of people saying, “Yes, please.” At certain intervals, projects that have profit sharing will divide up a percentage and send it to their holders, usually based on the number of each that they own. Projects that have this utility include World of Women and Etherfishing.

Many projects offer deals on future projects in the form of airdrops, or NFTs that are randomly sent to the wallets of owners of a certain collection. There are also whitelisting privileges and pre-sale bonuses to future projects that are sometimes offered as well. So many projects do this that it's hardly unique, but it is a great marketing tactic to keep your audience, your community, your fans engaged.

Many of the listed projects have multiple utilities.

World of Women grants both a commercial license and profit sharing.

Etherfishing is a game that does not require the NFTs to play, there is a free daily option, however, the proceeds from the game are the profits that get passed onto the holders.

While not all projects are able to immediately offer these things, they are often included in a roadmap for their future development.

Much like house flipping, this is a similar concept, but without the construction. Purchase at the launch of the project, also known as “minting,” when the NFT first becomes available on the blockchain, wait a while, then put it up for sale when the project sells out and the floor price goes up. The “floor price” is the price of the least expensive asset in the collection. To be successful at this, one needs to be following along with the social media and advertising of that project. How popular is it? Will it be worth buying into it? Will it even sell out? Many of the projects in the past 6 months (April-October 2021) have been 10,000 piece generative art pieces (also known as PFP projects, as many of them are popularly used for Profile Pictures). It is possible that not all will sell and people purchasing in order to make money might be left with pieces they really aren’t all that interested in. Flipping takes a lot of time to research and the ability to spot trends, but can be quite profitable when done well.

As strange as it may sound, there are some who honestly enjoy the artwork. Art and artistic vision are wholly subjective, this is always up for debate as to how much “skill” or time it takes to make something; but if it is pleasing to someone, why would either matter? In addition to the perceived value based on its aesthetics, when a project is first minted, it is usually at a price point where it is much more affordable than traditional, physical pieces, thus making artwork more accessible to a wider audience who otherwise would not be able to have the ownership of that piece. Oftentimes, someone purchasing an NFT for the art is for a long-term hold and not something they would give up for a small sum. This is also a factor that drives up prices.

This might seem like a buzzword. Every Twitch streamer and YouTuber says they have “a community,” right? They are content creators and so are NFT artists. There are some extremely supportive communities in the NFT space, even if you don’t own one of the project’s NFTs. Supportiveness can sometimes be subjective. However, I’ve seen members provide education around the technology, warn members of current scams, and promote each others’ projects and aspirations and none of that is forced. Purchasing an NFT from a favorite artist or project does help allow them to keep creating and the interactions, even transactions help keep those positive spaces alive.

These are some of the major reasons that have been identified as to benefits of getting involved in an NFT project. More often than not, there is more to it than the pixels.

*The CryptoPunks collection is one of the first widely known NFT projects, created in 2017, and one of the highest grossing to date in its secondary sales.

Read next: Attempts on Bitcoin’s Life