The Revival of Children's Clothing

by KB about a year ago in trends

Taking a look at the inspiration of children's clothing from the early 2000s. 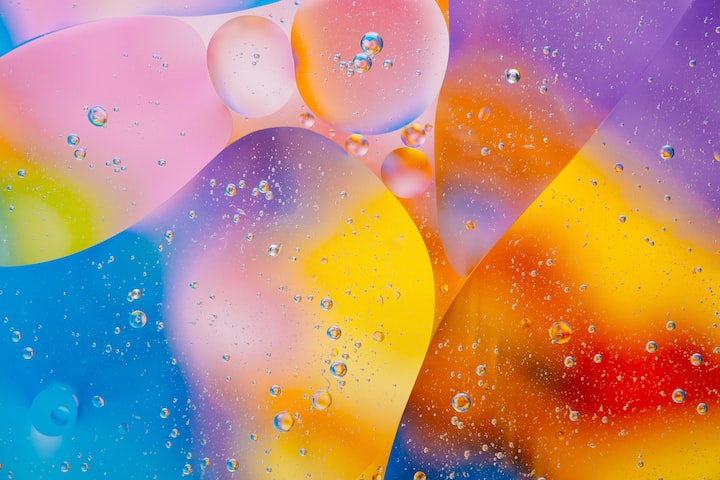 Because of social media and the increase of technology, trends have gradually become shorter and shorter. Almost to the point where certain trends last only weeks rather than months.

As much as people do not want a revival of 2000’s era clothing, (and I agree, I do not need tight low-rise jeans back in my life) I can’t help but look back on the clothing I wore as a child and wish they made them for me now, as an adult.

Children’s clothes are full of colors and fun frills that have been taken out of many trends of the past few decades. With clothing lines being entirely composed of nude, black, and white, with only an occasional color here and there, it has become kind of dull.

That’s why...I would love a revival of children’s clothing, but for adults. Not in a way where I’m suggesting everyone go out and buy a poofy knee-length dress. But we need some more color and fun in our lives.

Let’s start with what much of this fashion reflects: the relaunch of the Strawberry Shortcake characters. No, not the new ones! I’m pulling this picture from the 2003 version. I'm not saying the new gang has a bad fashion sense, it's just...not the same.

I’ve already hopped on the overall train a while ago and I would wear them anywhere, but the hats are really the focal point of the group. I love that their hats match their clothes and it’s all coherent. Recently, the only entire matching ’fits have been athleisure. Don’t get me wrong I love a matchy-match leggings and sports bra kind of outfit, but we already have enough of it, they're already circulating the media and stores around the world.

Another defining moment of the early 2000s is...American Girl Doll. Now, this is a little different because the dolls are based on historical figures. But a lot of the time, they had new clothing releases for any dolls that you would like, not specific to a time period. Some, where you could even match your doll. Take a look at this one below.

This one is called “Periwinkle Dress and Hat”, with the matching dress. I would wear it now down to the hat and crochet bags. Already, crochet and knit summer bags are becoming more trendy. You can make this have a little empire waistline (reminding you of Bridgerton anyone?), with a midi-cut skirt...I’d easily take this dress on a nice little walk on the pier.

There are a few more that I stumbled upon when looking through the good old American Girl Doll Archives, and that is the “Camping Outfit” released in 2001, and the “Tropical Breezes Outfit” of 2004.

Buy me these and I’ll wear them this summer. I guess I just really love the matching sets. I want anything matching. The vest is matching the shoes, a little yellow bandana for funzies, and what you would call now black “mom” shorts, and don’t forget the little embroidered firefly on the white ribbed shirt. And the blast of turquoise and lime green on the right? It might be a little out there, but fun for the summer. Again, the trend is that I would absolutely be wearing this now, and you should be too.

Maybe I’m just chasing nostalgia and the feeling of freedom, but you can’t deny that these looks deserve a comeback.

I’m getting into a lot of summer looks, which I will definitely keep in mind now that the temperature is rising, but I’m staying on this children’s fashion trend in the fall and winter too because...the jackets are simply much more fun.

Take a look at this older jacket made by Hanna Andersson that is very Madeline Esq. Hanna Anderson still has very cute children's wear, along with some matching sets for adults, but there is something specific about their jackets of the early 2000s that sets it apart.

They really just don’t make them like this anymore, or did they ever? I’m not sure I ever saw any buckle like this after I passed 12 years old.

And I gotta be honest...I do have a yellow raincoat just like Madeline.

Here are a few more older Hanna Andersson coats that are fun. The colors and patterns may be a lot but they sure are uplifting.

Now, these three iconic moments in childhood pop culture shaped a lot of children’s fashion in the 2000s. I do think there is an inherent nature to chase nostalgia, which starts to come up in fashion trends. This one is a bit of a double whammy because it’s not just looking back on fashion as a whole, but on personal childhood memories too. In a way, it is almost like looking for that childhood feeling of happiness. So, if wearing funky and colorful clothing makes you happy, then do it. If you love a neutral closet, do that instead. I think 2000s childhood fashion is something that would be fun for me to try and recreate in an adult-like way, but if that’s not your cup of tea, that’s fine too.

The thing about trends is they can be ostracizing, especially on social media or if you are in the treacherous tween years. No one should be judged for their clothing, particularly now when trends come and go, leaning into fast fashion. So, shop at thrift stores, repurpose old pieces, and do it for yourself, not for any ‘trend’.

More stories from KB and writers in Styled and other communities.