by Adriana M. MD, PhD. about a year ago in trends
Report Story

Pants on before going on Zoom, I beg you. 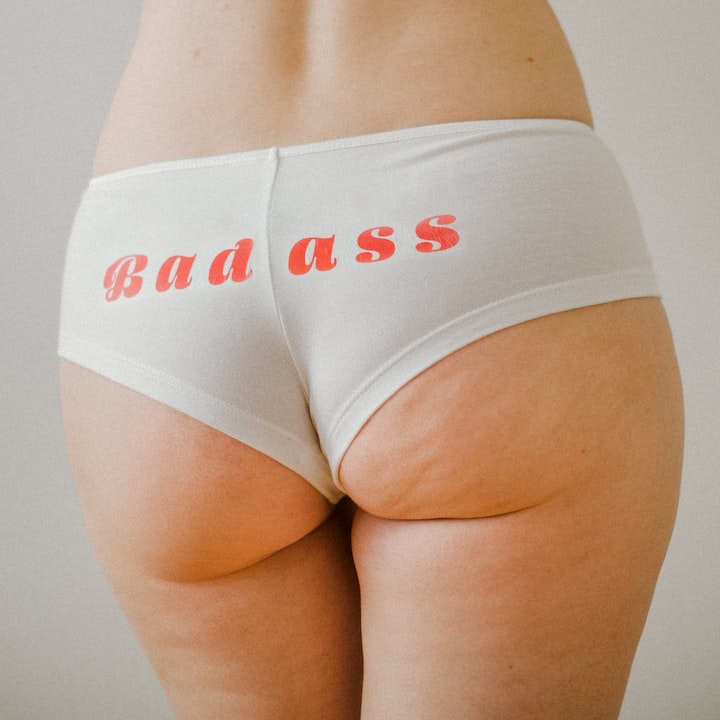 Photo by Monika Kozub on Unsplash

I want to start by saying that 2020 was a challenging year, but then I risk you rolling your eyes and saying, Duh! With that out of the way, let me tell you about the style fad I can't wait to be gone: the no-pants fashion.

There's been lots of jokes about 2020 and pants: the no-pants year, the year of the pants-demic, and so on. Funny as it was initially, it is also time to let that go. Here's the thing: even if we still have to work and socialize via Zoom for a while, it doesn't mean that we do not see each other. And the no-pants trend makes things murky.

Whether you have gone from a three-piece suit to a two-piece suit for board meetings, or you are simply a shameless flowery muumuu wearer who doesn't believe in gender stereotypes, the truth is this: we can see your junk.

Now, hold on, I'm not calling you a perv. I will give you the benefit of the doubt and assume that you are not purposefully parading your privates for all to see. I'm not saying that you are the digital version of the man in a trench coat that flashes people in the park. What I'm saying, dear fellow at-home-worker, is that your camera shows much more than you think.

We have all done it: fall into the slack that comes with being in our homes, our castles, where we are kings and queens. Where we fart with abandon and pig-out standing directly in front of the refrigerator instead of warming up our food and eating it in a civilized manner as we use to do in the office lunchroom. Where a sweater covered in potato chip crumbles is deemed an acceptable outfit. In the same way, we forget that we are on camera and behave as if we were alone.

The big faux pas was much more common at the beginning of the pandemic when we were abruptly cut from the world and forced to communicate exclusively through computer screens. A famous comedian related how she didn't know that Zoom had a gallery view until someone commented, "you realize we can see you are in the bathroom, right?" A journalist had his laptop pointing slightly low, so when he pulled his desk chair back a smidge, the whole world could see that he was wearing a jacket and tie but no pants. Another journalist in Europe had a naked woman walk right behind him, and gossip columns confirmed later that it was not his wife. I'm quite sure none of those people intended for the embarrassment to happen, but it did.

Now we think that we have nailed down Zoom:

-We know how to use virtual backgrounds.

-We make sure the camera is at the right angle.

-We add filters to look like we already showered when in truth, it's been two days, maybe three.

But the thing is, zoom lacks the environmental awareness that comes with direct human interaction. It causes more exhaustion than in-person meetings due to the lack of stimulation and the overdose of screen light. We get distracted, our mind wanders, and so do our bodies: we pick our nose like finding gold in there is a possibility; we run to the bathroom and forget to turn off the video first. We stand to get a drink of water. That, my friends, is the moment. When we are so far back in the gallery view, we cannot see that the whole office now knows that we prefer tidy whities to boxers. Add a poorly timed butt scratch, and we gave our colleagues an unpleasant view.

And that, dear reader, is why I advocate for the return of pants. Because when we dress in office attire, we behave a bit more as if we were in an office, among gracious people. The pinch of a button on your waist shall be a reminder of more civilized ways. The time of the caveman is over.

If you enjoyed this piece, please consider leaving a tip.

More stories from Adriana M. MD, PhD. and writers in Styled and other communities.