by Nikie Decay 11 months ago in trends 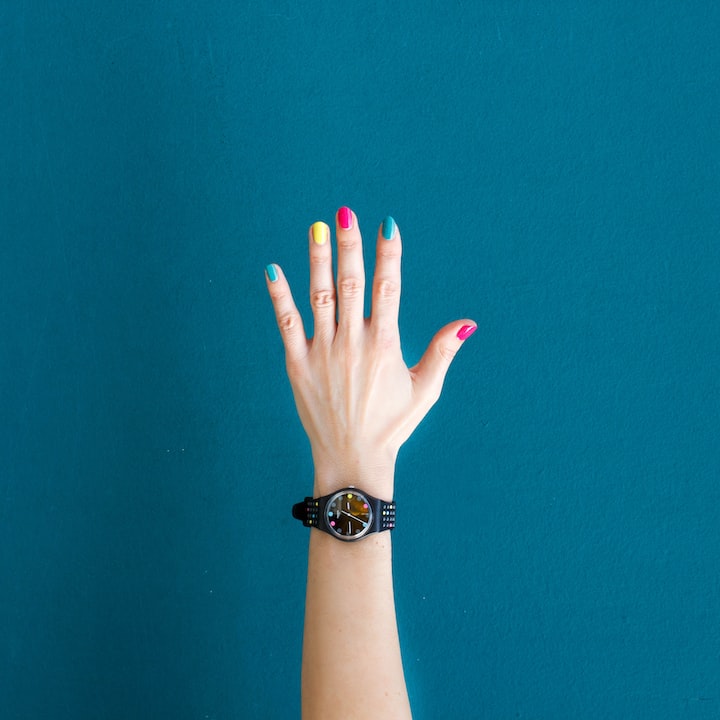 Photo by Analia Baggiano on Unsplash

The trend started as a sneeze and became viral.

We’ve all been enticed to click on a thirty-second trend video in twenty-twenty. Amung the countless TikTok challenges and makeup eye flair, there's a certain kind of trend that could live out it’s last days which is the impossible-nail-tutorial-that-one-can-do trend. You’ve seen it. I’ve seen it. I fell victim to the burash of cubical mania — the colors and all of the eyegasmic glitter. But guess what? No one can do it.

In order to be a nail tech, we would have to take a bit of savings and more time than our thirty-nine hour part-time jobs could allow us to take off. The glamor behind influencer nails have a passionate following in the beauty community. All girls who are in the like-scene have the need for content, but why nails?

Some nail influencers make a spliced video that I knew would have taken hours to produce, effort and time into creating, let alone the experience. I am even guilty to say they made it too easy and attempted my hand at making my nails look like a beach scene with flowing waves, or paint on a powder based acrylic. The salty reality was instead of a nautical scene with gemstones placed in the correct manner, I served myself a sea-weed-yourself-out uninfluential special. Even instagram flagged my post as inappropriate use of my time.

Setting trends, especially being your trend and trying to get it to go viral is like lighting a napkin on fire you doused from using your teenaged tears. Some things aren’t going to work. When all of us were surfing on the web for a distraction in twenty-twenty, getting the spark of imagination became a dried well for some who couldn’t afford to leave their homes, or had to stay in quarantine by order. When weird and wacky nails became eyecraving, the influencers who continued to make hair on nail trends and glued actual toilet paper to their tips had me at aghast.

But perhaps I didn’t understand it.

I attempted to be cool like them, even creating a failed attempt at what I thought was nail painting, but maybe I wasn’t putting enough effort into fitting in. So with several clicks on amazon and over two hundred dollars negative in my wallet I was shipped a massive load of glitter, glam, and nail jam. Night after night I had a heart attack with polish remover, cotton balls, and incorrect nail placement. After all, practice makes perfect but I didn’t have the time to waste. Trends were like a good wave, you can ride it when it’s there but there will be a new tide somewhere else. So I continued all for the first half of the year.

I was so entranced in creating a uniquely weird and unpalatable style that would capture the hearts of many, that I ran out of ideas that worked. Hot gluing toothpicks on my nails to create some kind of horror look with red paint on the tips to assume stiletto nails the length of a pencil was cute. I was drowning with ideas that in the end, I only created content to pass the time for myself. I even lost a subscriber (my own sister). I had the rumination at last, that I was never going to be a nail influencer.

There comes a time in a girls life when they realize they’re not going places with the trend, and it was better to watch the waves go by from a safe and affordable distance. But another look at the trend through a fresh pair of eyes at the end of December, I realized that I wasn’t fit for the tacky-knacky nail videos. In truth, they were a short buzz that only made the influencer seem like their products; crazy and neurotic. Infact, strange hair glued onto nail tips and weird attachments only were made for the camera. I imagined that after the influencer posted their video or pictures, their hard word would be discarded for the public to never see again. Unless you go back to twenty-twenty, but that trend can take it’s sick days.