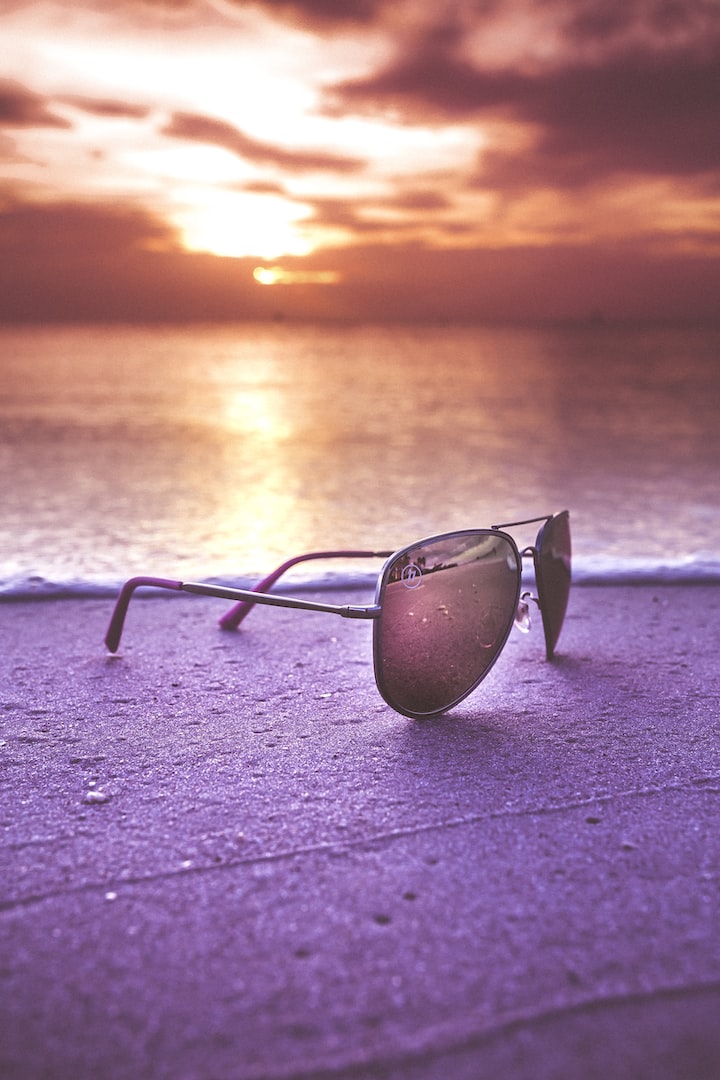 Photo by Alex Perez on Unsplash

While their dad was overseas, visiting the on-base library and going to the on-base beach, were our family's go-to activities. Living close to the Air Force Base, we were grateful and thankful for the free activities and the diversion.

In 1973, viewing an aerial demonstration by the Air Force Thunderbirds didn't seem out of the ordinary. Back then, the touring Thunderbirds was almost an annual event. At the time, my pre-school son, my daughter who was a toddler, and I were military dependents. Straining our necks, we watched the aerial show. After viewing the flying aerobatic team, we spent the remainder of the afternoon on base seeing and touring military aircraft.

Two days later, we were at the Tyndall Air Force Base Beach which had playground equipment. While we were at the beach, the pilots from the Thunderbird team swaggered confidently across the white sand beach. Of course, the pilots were wearing their aviator glasses. The image of the military pilots in their uniforms, the dark green lenses, and the white sand was an impressive sight.

Why were the pilots at the beach? Honestly, was clueless. While taking notice, we ignored the pilots as we were too busy having our playtime at the beach playground, swinging and sliding, and enjoying the fun in the sun.

Yet, recalling that scene to this very day, what is the backstory regarding the iconic aviator glasses worn by the military pilots?

Before 1936, military pilots wore goggles. The "pilot's glasses" were designed and developed by Bausch & Lomb. While sunglasses protect our eyes from direct sunlight, the aviator glasses provided protection for the pilot's eyes in order to fly through the skies. Because aviators wore them, the eyewear obviously was called aviator glasses.

In the movie Top Gun, Tom Cruise and his co-stars wore aviator glasses. With Top Gun, a smashing and dazzling 1986 hit movie, the Navy experienced a boost in recruitment. Since Ray-Ban marketed the aviator glasses, it would not be a stretch of the imagination that Ray-Ban witnessed an increase in sales of the aviator glasses too.

Of course, celebrities wore, were seen, and photographed in the impressive aviator glasses. This increased the eyewear's popularity. Nevertheless, the lightweight metal frames with large tear-drop lenses were convex, not flat like sunglasses, with dark green color lenses.

Indeed, the aviator glasses are a classic, stylish fashion accessory. With the release of Top Gun: Maverick, there is bound to be an increase in sales of aviator glasses. Can't help but wonder if the military has had a boost in recruitment.

Ultimately, for style, comfort, and for protection, your best choice would be aviator glasses. Why choose ordinary sunglasses? Since the iconic fashionable glasses fit just about every face shape, everyone or almost everyone looks fabulous in the aviator glasses.

More stories from Babs Iverson and writers in Styled and other communities.