by Jessica Sheely about a year ago in adoption
Report Story

The Story of Ladybird: My Beagle Who Realized She Had A Voice 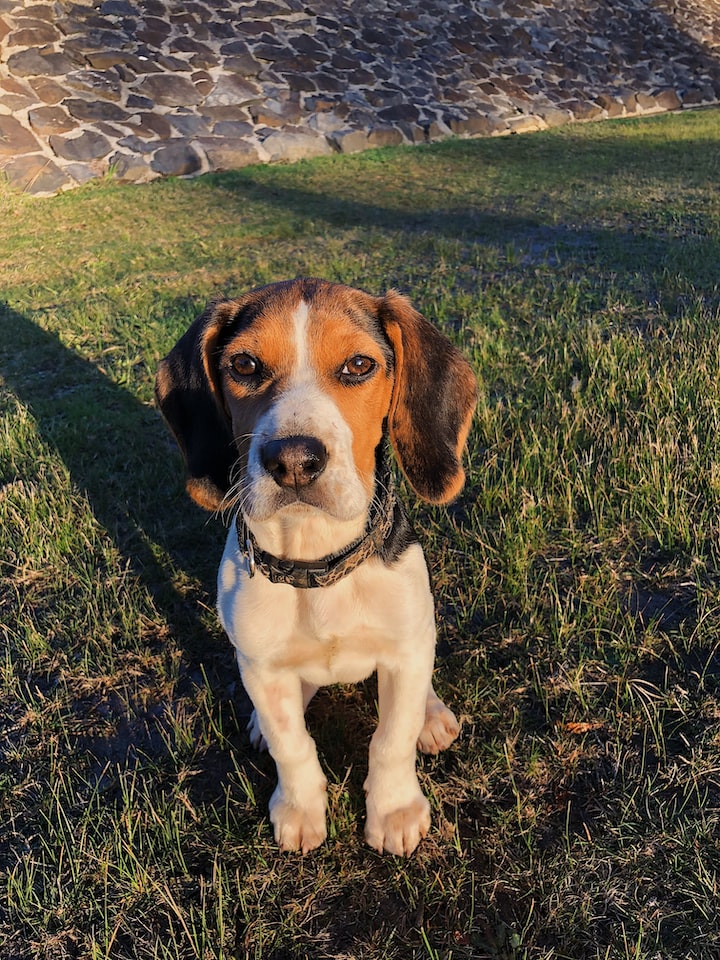 Photo by Marliese Streefland on Unsplash

There is only a few things things in life that I just cannot stand hearing or seeing, and that my friend is animal abuse, animal cruelty, and animal shelters. If you see animals in a shelter or pound that means they were strays, abused, or left for dead. The owners did not want them anymore. You always see animals for adoption which I love and hate. I love it because people are trying to find them good homes, means they care about these animals. I hate it because the fact these animals are in a shelter due to humans. The fact they sit and wait, kind of like a nursing home or jail for humans. You get visitors, food, shelter, but you wait until you get to go home. Well I cannot afford to save them all, but whenever an opportunity comes to save an animal, I will accept that opportunity to do so. One day that opportunity came and I would like to share my adoption story.

It was a cold day in December of 2008, when I decided to go see my parents before the holidays came to just check in and see how things were going. I had noticed a new Beagle in the backyard, just sitting in the snow shivering with this sad look on its face. I asked my dad about the dog. Here my dad saved this dogs life. I know the way it sounds, how could have saved the dog if it is now freezing? My dad went to go check out this Beagle for a new hunting dog, because Beagles are great hunters. Well he gets to the mans' house and they go to her pin where she was kept. Let me describe her conditions.

She was so malnourished, that her bones were in her spine, ribs, tail, and legs were showing. She did not bark when strangers were around, she had tail between her legs, and had this sad puppy dog face, that could make a grown man cry like a baby. Her water dish was frozen next to her food pull four feet away from her, but her leash was only like three foot long, so she could not eat or drink. Her leash was barely long enough for her to get out of the cold. The guy walked up to her and said, "Geeze Ladybird, it looks like winter is getting to you". My dad stop in his tracks saw Ladybird and asked the man how long has it been since he had seen this dog. I believe he said it was almost a month, he had forgotten about her when the snow started falling.

My dad knew that she would not be a good hunting dog from the way she was acting and how she looked, but he still decided to take her home because he knew she would die if he left her there. I am crying at this point, and my dad tells me that if i want her I can have her. He found another hunting dog, but has no room until he finds Ladybird a home. I told him I would take her. So, quick question for you, have you ever seen or heard of an animal trying to commit suicide? I did for the first time, that day I went to take Ladybird home. I went to the area where my dad had her. The area had a small metal fence closing off a dog house. Well Ladybird decided to leap over the fence, not in a flight decision but a suicidal decision. She did not whimper, bark, or even struggle to free herself. I ran over to her unleashed her and just sat in the snow and held her close and loved her, as if she was a child.

I took her home and she was very skittish and unsure of everything. She did not make any type of noise. She did not bark or whine. I had her for about two months before I heard her bark. At this point in time she loved me she would go where I went and she only went around people I had approved of. Well, I went to my grandmother's house to visit and right behind her house was a patch of woods that provided food and shelter to different types of animals. One of Ladybirds' favorite type of animal was rabbits. That day she had gotten free through the back door, and I thought my life ended. I thought I lost my best friend, my baby, my Ladybird for good. The situation got critical when I heard shots fired. Mind you it was hunting season so that was to be expected, but not after your dog escapes, and is running in unfamiliar territory. I lost it at this point and was looking for her for two hours, and finally gave up and started to head back to the house. All of a sudden, I heard a bark, and not a regular bark. It was what I like to call a "Beagle Bark". Beagles have this unique barking sound. It sounds like they are saying barking and drawing it out like "Bbbbbaaaarrrrkkkkk". I heard that bark and I thought there was no way that could have been Ladybird. I did not hear it for a few so I kept walking back to the house. Then that when I started hearing it repeatedly. I followed the barking noise and I could not believe what I had seen. Before my eyes was LadyBird, barking and wagging her tail pinning a rabbit to the ground. She let the rabbit go and starting chasing it, then she would catch it again and pin it to the ground and start barking. If no one would get the rabbit, I mean kill it, then she would let it go. I have never seen a dog so happy in my life.

I told my dad about her hunting experience and how she is an amazing hunter. My dad said it was because she was finally happy. She was in a good home with a great pet owner. She was so scared the first time I met her that she literally stopped barking, which I think the previous owner abused her for her barking, until now. She felt comfortable enough and safe enough to be a beagle dog again. She went from trying to hurt herself to enjoying herself. During this time I realized how rough animals have it, and wonder how can people treat animals like that.

Animals need to be treated and respected the same way humans are. they deserve love and happiness just as we do. Just because we use words instead of noises, does not mean we are any different. We eat, sleep, and go the bathroom. We have the same emotions, and feel the same pain, mentally and physically, as animals do. Would you want to be treated that way or your children that way. I would not want that, so why should they go through it? What makes them different? Nothing except control and power. So, think about that next time you see a stray animal or drive by a shelter.

More stories from Jessica Sheely and writers in Petlife and other communities.