The wonderful world of rabbits

by Alanna Weeks about a year ago in rabbit
Report Story

When it comes to mammals, they are the third most popular pet globally. But despite being so widespread, many pet owners aren’t well informed when they bring home their fuzzy friend. 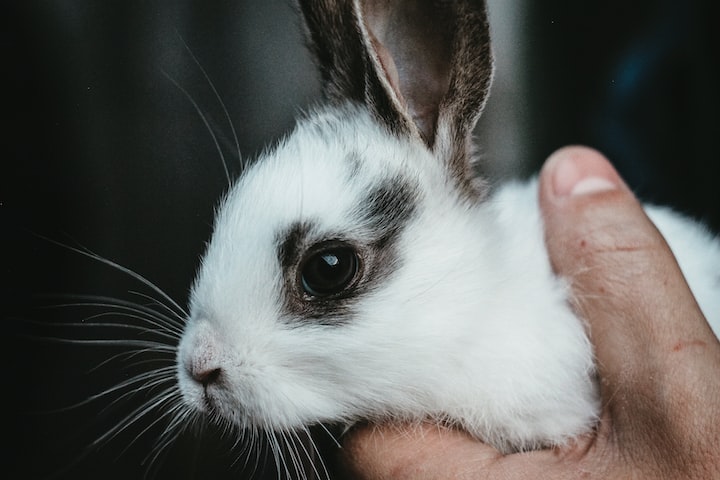 Photo by pure julia on Unsplash

It is a common misconception that rabbits are part of the rodent family. Because of this, pet stores like to market them as short-lived animals that will be happy in a small cage. That is incorrect care for rabbits as they are lagomorphs. They have different needs than rodents, but they do have some similarities. Rodents and lagomorphs have teeth that never stop growing. It’s recommended that rabbits have access to hay to help wear their teeth down.

Many people still believe that the average life span for a rabbit is 3-5 years. The truth is that well cared for rabbits can live to be 10-15 years old. Rabbits should be housed in an area as large as their owner can provide. A large cage with an x-pen or a spare room makes a far better living space for rabbits than pet store cages. Rabbits can be litter box trained, so as long as a room is “bun proofed,” it’s a great way to give your rabbit exercise while also enjoying behaviours you won’t see in the caged rabbit. Rabbits love to chew and dig. To avoid damage to your home, it’s recommended to offer plenty of toys. As well as keep wires up off of the floor. To prevent rabbits from chewing on baseboards or furniture, you can use bitter apple spray as a deterrent. Not all rabbit toys sold at pet stores are safe; some can cause impaction if a rabbit accidentally ingests it. Because of this, many rabbit owners use toddler toys instead as they are difficult to damage.

When rabbits are excited, they enjoy running around and exploring. When they are happy, they jump up into the air while kicking out their hind legs. The rabbit community calls this a “binky." It’s recommended that pet rabbits are unable to interact with cats and dogs. Sadly, an excited rabbit's sporadic movement can lead to an attack or rough play that is fatal for the rabbit. Cats have bacteria on their claws and teeth that can infect a rabbit from a single scratch. These infections often result in an abscess that needs to be treated by an exotic vet.

When you hear the word exotic, you usually think of reptiles or birds, but rabbits are exotic pets as well. They have a delicate digestive system that makes them more challenging to treat than a cat or dog. Rabbits maintain a healthy digestive system by eating a special kind of poop they produce. These poops are called cecotropes, they look like glossy blackberries, and they hold lots of nutrients. Rabbits can’t vomit, so an upset stomach leads to diarrhea and dehydration quickly. Since rabbits are prey animals, they will hide illness and injuries until it is too late. Owners need to pay close attention to small changes in behaviour and appetite. Don’t be afraid to contact a knowledgeable rabbit vet if you have questions or concerns. It is always better to be proactive than reactive with rabbit care.

A rabbit’s diet is more complex than just a scoop of kibbles twice a day, and it varies based on the rabbit’s purpose. For example, show rabbits need a high protein pellet. They are supplemented with black oil sunflower seeds to give the rabbit a shiny coat after a moult. Pet rabbits don’t need a high protein diet or supplements since they aren’t breeding or competing. Pet rabbits should have access to grass hay (not alfalfa, as it is too high in calcium) and a low protein rabbit pellet (just pellets, avoid brands that add dried fruit and seeds.) Rabbits can eat a wide variety of fruits and vegetables, but it is not recommended to make up more than 10% of their diet. Too many fruits and vegetables can cause runny stools because of the high water content. Despite what Bugs Bunny leads you to believe, carrots are very high in sugar and should be a treat only.

It is unknown exactly when rabbits were domesticated. What we do know is that all domestic rabbit breeds come from one species, the European cottontail. This means that feral domestic rabbits are unable to produce live young with wild rabbits in North America. All wild cottontails are a colour called agouti or “wild type." They have brown fur with black ticking and a cream-coloured underside. They also have a brown tail that is white underneath. It is believed that cottontails use their tails to confuse predators when they are being chased. Wild rabbits run in a zig-zag pattern and flick their tails to throw off their pursuer. Rabbits can see almost 360 degrees, but they have a small blind spot right in front of their nose. Rabbits cool themselves by rotating their large ears; they can handle the cold far better than they can take the heat. Make sure you keep your buns nice and cool in the summer to avoid heatstroke. Both wild and domestic rabbits don’t have paw pads. Instead, their feet are covered in thick fur. Rabbits are most active at dawn and dusk (crepuscular), but they are still active most of the day between naps. Rabbits can sleep with their eyes open, so try not to panic when you walk in and see it for the first time.

In North America, there are 50 rabbit breeds accepted by the American Rabbit Breeders Association (ARBA). Rabbits are used for show, fur, meat and pets. The largest breed is the Flemish Giant with a minimum weight of 14 pounds; the smallest breed is the Netherland Dwarf with a maximum weight of 2.5 pounds and the shortest ears of all the breeds. The longest ears belong to the English Lop; their ears should measure at least 21 inches. Many different fur types exist in domestic rabbits, such as rex, satin and wool. There are four breeds of Angora rabbits. Each breed produces angora fibre that can be used in making clothes.

A rabbit breeder owns a Rabbitry, a group of domestic rabbits is called a herd, while a wild group is called a warren. Rabbits have a gestation period of 28-31 days. The size of a litter varies by breed. A Netherland Dwarf may have two kits, but a Flemish Giant may have 15. Male rabbits are called bucks, females are called does, and baby rabbits are called kittens or kits. Rabbits don’t go into heat. Instead, they release eggs when they have mated with a buck. This is called induced ovulation, and it is also found in wolverines, grizzly bears and llamas. Rabbits can get pregnant immediately after giving birth, so it is imperative to make sure no bucks are nearby. Wild and domestic rabbits don’t spend lots of time with their kits when they are still in the nest. Most mother rabbits nurse only once a day and dawn or dusk; that is why so many people think they have found an abandoned nest.

Rabbits make great pets when owners are prepared for the extra care and expenses involved. Some rabbits enjoy the company of another bunny. Others prefer to be alone with just their owner and toys. If you want to keep two rabbits together, it is necessary to have them spayed and neutered even in same-sex pairs. This is because rabbits are naturally territorial and will fight for dominance. Male rabbits can start spraying when left unaltered. Rabbits communicate with body language rather than vocalizations. They thump their hind feet when they are scared or upset. Only when rabbits are in a lot of distress will they let out a scream. Most of the time, rabbits communicate with their ears, nose and body.

If you are interested in getting a pet rabbit, it is essential to avoid buying from a pet store. Pet store rabbits are often from unethical sources. If you aren’t looking for a particular breed, then adopting a rabbit or two is your best option. If you want a specific breed that you can’t find at a shelter, look for an ARBA registered show breeder. An ethical breeder can answer any questions you have about the breed and offer to take back the rabbit if circumstances change. Good breeders are few and far between, but they are worth the search. Lastly, rabbits are not Easter pets. Due to their long lifespan and skittish nature, they are not recommended for families with young children. If you wouldn’t get a reindeer for Christmas, don’t get a rabbit for Easter.

More stories from Alanna Weeks and writers in Petlife and other communities.