The Law is Changing Regarding Stolen Pets

by LucWrites 8 months ago in humanity / dog / cat / breeds

How pet theft can affect you moving forward 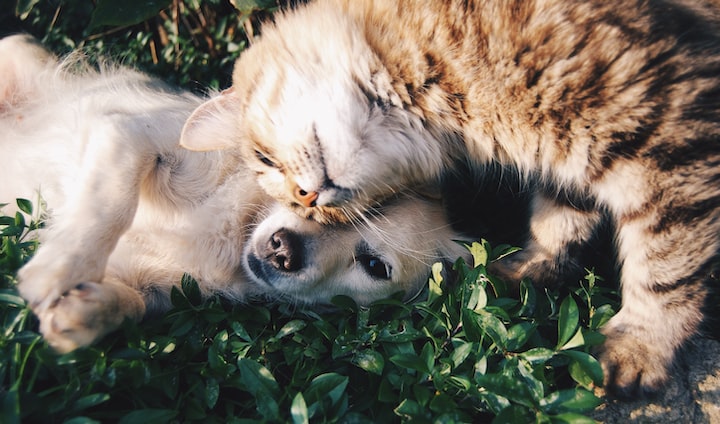 Photo by Krista Mangulsone on Unsplash

Up until now, if a person was found to have stolen someone’s beloved pet, they would have been charged with theft of property under the Theft Act 1968, which carries a maximum sentence of 7 years. That is all about to change with the introduction of the new Pet Abduction offence. The new law will recognise animals as being more than just ‘property’ and acknowledge them as sentient beings.

The decision comes about as an effort to crack down on the surge of dognapping incidents occurring in the UK. Reports suggest that 7 in 10 animal thefts recorded by the police involved dogs and around 2,000 dog thefts were reported in 2020 alone, which is a rise of about 20% from 2019. The sharp increase is undoubtedly due to the sheer number of people shopping for dogs during lockdown. The Kennel Club alone saw dog ownership rise by 80% last year.

Of course, with supply you have demand, and criminals viewed this as an opportunity to make quick money. According to The Scotsman, the most popular breed of dogs in the UK at the time were Labradors, Bulldogs and Spaniels, which explains the increasing number of purebred dogs such as the aforementioned being stolen.

Don’t be complacent. That doesn’t mean that if your dog is a mutt or older that they are safe by any means. Thieves are usually opportunists and if your dog is vulnerable to being snatched, then it is increasingly likely that criminals will take their chances.

I worked for the police many moons ago and I remember my first call from a lady who had had her dog stolen from her garden. She was, understandably, inconsolable. She lived alone and her dog was the centre of her world. It was her companion and best friend. As a fellow dog lover, I felt distraught that categorising the theft was no different to how you would categorise a stolen mobile phone. It felt completely insensitive, not only towards the owner and family, but also towards the animal. They would be completely out of their comfort zone, possibly being used for other unkind reasons for example, breeding or fighting. For this lady, it was on par with a family member being kidnapped or missing, so when there were no obvious lines of enquiry for this case, I had to advise her that there was not much the police could do. It is reassuring to know that more will be done to track down individuals stealing members of the family from here onwards.

With the launch of the new legislation, the police will also be working with partner agencies to install preventative measures and raise awareness about the problem. One of these methods will be more accessible pet microchip databases, as there are currently 16 in the UK and the government have admitted that it can be difficult to locate pet owners. This therefore makes it cumbersome to trace stolen pets.

Owners of all pets are being urged to stay vigilant, to keep dogs on leads where possible and report any suspicious behaviour to their local police force as soon as possible.

freelance writer/blogger. After working as a blog writer and proofreader for a marketing company, my passion has become my career.

More stories from LucWrites and writers in Petlife and other communities.