Scottish People Kiss their Pets the Most

by Amy Mercer about a year ago in dog

Scottish people are more likely to hug and kiss their pets more than any other region! 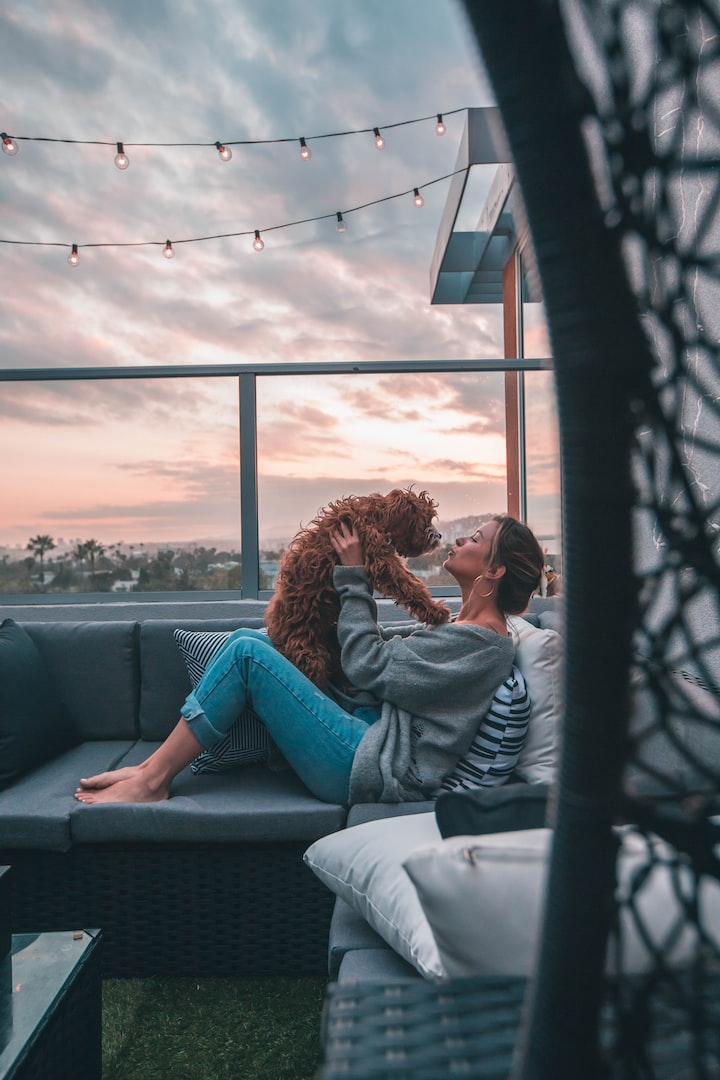 As a nation, we can agree on many things. Like how to make a proper cup of tea and how unpredictable British weather is. But when it comes to loving our pets, the gloves come off.

According to Statista, in total, 40% of the UK population own a pet. From the years 2016 to 2019, the North East of England had the most dogs at 36% of households owning the furry companion, followed by Northern Ireland (31%), and East Midlands (29%)—London came last with 9%. The South West was the region with the most cats at 21%, followed by the South East at 20%, and East Midlands at 19%. This doesn’t mean that Londoners hate dogs, does it? Factors like renting rooms from landlords who forbid pets, limited garden space, and working hours affect the sort of pet we have. For example, if we live in London, we might be less likely to have a dog due to the fast-paced city lifestyle, whereas in the North, you might be more likely to have a four-legged friend to keep you company.

Economic, social, political, and environmental factors can lead to regional differences in the UK—the classic north-south divide that rocks the core of our very existence. Like how northern people like stronger brews of tea, call lunch dinner and dinner tea, and can handle bone shaking cold weather. But have you ever thought about how we interact with our pets and how this can be influenced by where we live? Of course, we all love our pets, but how do we express it?

According to research by YouGov, you're 1.20 times more likely to have pets if you live in Scotland, Northern England, Wales, or Northern Ireland than the rest of England.

Scotland interacts with their pets the most, but according to research by Global Web Index, they're the least interested in pets and pet concerns. Scottish people are more likely to hug, kiss on lips or face, play with, watch TV with, read a book to, eat with, go for a walk with, and talk to their pets than any other region.

Londoners were least likely to hug, kiss, play with, watch TV with, and eat with their pet. Maybe there really is a north-south divide when it comes to loving our pets too!

The benefits of loving your pet

According to research, as well as providing tremendous emotional benefits, owning a pet can improve a person’s physical and mental health. Studies have shown that having a pet reduces stress, lowers blood pressure, helps to prevent heart disease, and helps to fight depression. This isn’t surprising, given Lloyd’s Happiness Index ranked Scotland as a happier place than London. According to the Office for National Statistics, areas of Scotland consistently report high levels of personal well-being and lower levels of anxiety whereas areas in London persistently reporting low levels of personal well-being.

Is there a correlation between displaying physical affection and love to your pet with hugs and kisses?

Dr Nicholas Garside, veterinary adviser at VioVet, supplier of Indorex Flea Spray, commented: 'I have seen first-hand the benefits a pet can have on our overall well-being from my many years in clinical practice. Whether it's helping a widower through their grief or making us smile as we come through the door, our furry friends stick with us unconditionally throughout life's ups and downs. Hugging the enthusiastically wagging Labrador for my next consult after a stressful day really boosts my mood and outlook. We may provide for all their physical needs but, we are definitely the lucky ones!'

Women are 1.29 times more likely than men to interact with their pets in the ways mentioned—does this mean that men don't want puppy cuddles? Those aged 16-24 are the ones displaying the most physical affection to their pets, particularly females of this age who kiss, play with, go on holiday with, take shopping, and walk their pets the most. 25-39-year-old males were least likely to hug and kiss their pets.

We all love our pets in unique ways—how do you show your pet you love them?

Receive stories by Amy Mercer in your feed
Amy Mercer
Read next: Halloween In The Queendom Of Fur And Scales