Protect Your Dogs From Dognappers

by Josephine Crispin 7 months ago in dog

How to safeguard your canine friends from being stolen 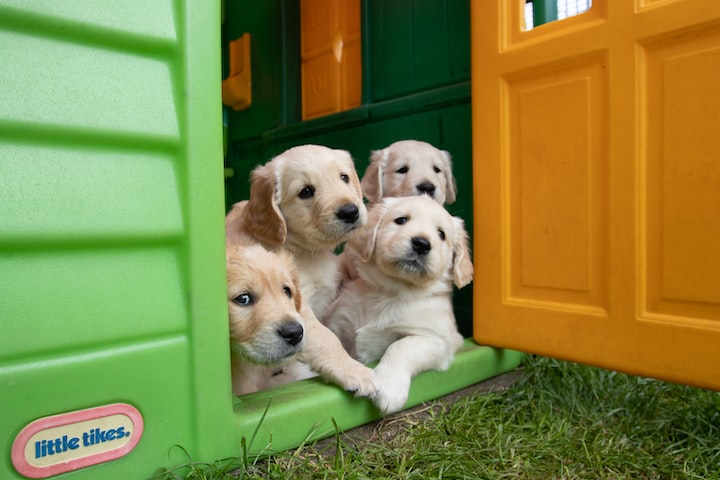 Photo by Steve Sewell on Unsplash

LIFE for most dog owners became more bearable during the COVID-19 lockdowns in the UK.

For one, man’s best friend contributed to its owner’s mental and physical health. Studies after studies showed that petting, caring for and playing with pet dogs reduce stress hormones. For another, a dog owner’s health is boosted by the daily walks that the pet needs.

Dogs also provided their owners a reason to go out for an hour’s worth of exercise. This rule was enforced even during the height of the strictest lockdown, as long as the walking exercise would be done in the vicinity or in a nearby park.

But the surge in the demand for dogs resulted in the current skyrocketing cases of dognapping in the UK.

In the first six months of the initial lockdown in 2020, 2.2 million people bought a dog. In another report, it was noted that over three million households bought a pet during the pandemic.

This huge demand, no doubt, had raised the price of dogs, with some breeds costing as much as £4,000 which was four times the price before the pandemic.

The increase in dog thefts could, therefore, be attributed to this demand. Dogs, especially certain breeds, have become a valuable commodity to dog thieves. Take note that the most popular breed targeted by thieves is the Staffordshire bull terriers.

In February this year, five Spaniels and two litters of puppies were stolen from a dog breeder in west Wales.

Acting on a tip-off on a possible location of his stolen dogs in Carmarthenshire, the dog breeder discovered his own dogs among 70 other pets.

The police arrested two people at the location. Twenty-two dogs were returned to their owners; 46 others remain in kennels.

Protecting your dogs from ‘malicious’ dognappers

Here are a few simple steps to remember

* Do not leave your dog unattended, even for a few minutes, in the front garden where the dog is most vulnerable to dog thieves.

* Rear and side gates should be fitted with a bell or gate alarm. Choose locking bolts or closed shackle padlocks.

* Secure the garden boundary to prevent your dog from escaping; make certain that a thief could not reach in to take your dog out.

When walking your dog or when you’re out and about

* Make sure that your dogs are trained to return to you when called; otherwise, be cautious in allowing them off the lead especially in unfamiliar places.

* To prevent your dog from being targeted, vary the times and routes you take when walking your dog.

* Be careful of what you post on Facebook or social media in general; details of where you live or where and when you take your dogs for a walk, or even the breed of your dog, should not be shared. Who knows if and when a dognapper is trolling social media to look for victims.

* Be wary of strangers asking you for details about your dogs.

* Dogs should not be left unattended in a car. It is dangerous for the dog’s health, especially on warm days; dogs could easily be stolen from a car.

* Do not leave your dogs outside a shop even for only a minute.

(NOTE: The above recommendations are sourced here. Instructions and official advice on what to do when your dog is stolen are also found on this site.)

Wearing body cameras or bodycams, especially when walking your dog in the countryside, is reportedly being practiced by anxious dog owners. The device costs around £130. It is believed that bodycams would deter dog thieves from their nasty intention as the bodycam would record their faces.

But whatever other steps you choose to take to safeguard your best friends from dog thieves, remember that it will be worth it.

Surely, your precious pooch deserves loving protection being a member of the family.

You may be interested in another PetLife story, Midnyte's My Madness

Follow me on FB-Budding Writers' Corner, WordPress - Creative Writing for Beginners, LinkedIn, Twitter. I'd love to connect with you.

Writer, editor, and storyteller who reinvented herself and worked in the past 10 years in the media intelligence business, she's finally free to write and share her stories, fiction and non-fiction alike without constraints, to the world.