A Tale of a Few Kitties 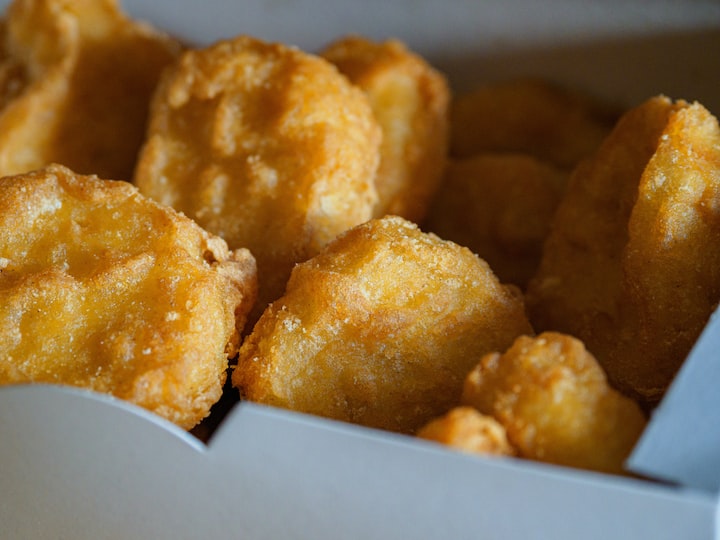 I’m a proud Tokyoite and have been for my 5 years living here. The alley I live on provides cozy spots to curl up for a nap, a variety of delicious scraps, and sometimes a passerby will give me a nice scratch on my back. I purr and rub against their leg and they might even give me a bit of their tuna sandwich. Unlike my alley-mates, I’m not scared of people. I’m the only one who knows my human given name, Takeo. When I was very young I lived with some folks and they were kind to me, but they were an elderly couple. They passed away a year apart from each other. The lady of the house fed me well and let me do as I please for the last year of her life. I had been mostly an indoor cat but I think she sensed my desire for the great outdoors. I was out roaming the streets when she took her last breath. I mourned her passing, but I expected it and we cats accept death better than humans.

The family looked and called for me, but I decided to continue my life outside. I already knew how to get my own food, water and I didn’t want to lose my friends. They’re a mixed bunch of ruffians, but I love them all. They look to me to get them the good stuff. If they did share homes with humans it was when they were kittens so now they don’t feel comfortable with these advanced primates. We all do our part for the crew.

Sushi Roll, he is the…well…one who is as round as a sushi roll. He scopes out the best dumpsters in our area for the day. “Takeo, the Indian restaurant 4 dumpsters down that way had a full lunch crowd. Three dumpsters to the left they had a kid’s birthday party and you know the little ones don’t eat all their food.”

“Good find, Sush! I hope they have better options tonight. Naan doesn’t hit the spot quite like curried chicken and fish.”

“Ya got that right! Remember health inspector night? Humans waste so much food and we reap the benefits. Gosh, we feasted like emperors!” He says, tasting the memory on his gray lips.

Okono walks up while we’re lost in tastier times, “Sush brought up inspector night again didn’t he?” With the grace and balance that only a polydactyl can pull off, he hops onto the thin ledge above us and pretends to roar.

We laugh amiably until Yuki, a cat from a rival gang, creeps up from the gutter, “If you’re already celebrating the birthday brat’s leftovers I suggest you don’t get ahead of yourselves. We have clawed our claim and I don’t suspect there will be much left after we’re done.”

I try to play it cool, “So you’re no longer honoring our agreement? We haven’t invaded your territory.”

He curls his lip into what I believe is meant to be a smile, revealing a chipped fang on the bottom of his mouth, “You and I both know that the part of the park they are celebrating in is my territory. But I had a feeling you three would be scoping it out.”

Sushi being the level-headed one, speaks before I can open my calico mouth, “You’re right. We did see the birthday party and it lies around 60 percent of your land. We won’t bother you. Happy scrapping!”

Yuki eyeballs him with suspicion, but nods and walks away without another word. When they’re out of earshot I give him my piece, “ They invade our territory all the time. Those rascals would deny it but I’m certain I have seen them leaving with scraps that were rightfully ours.”

“Relax, we’ll have plenty from the Indian restaurant, and if you haven’t had your fill just swoon one of the passers-by.”

“You know it’s not about the scraps. I know we can get plenty of scraps. It’s the principle. We agreed upon some rules and they always break them.”

We’re interrupted by some drunk businessmen stumbling down the alley probably to relieve themselves. We clear out to avoid the rancid odor of human urine. We get out just as we hear the sound of fast-moving fluid hit bricks.

The dumpster is open and we are ravenous, so without looking, we leap and begin tearing into every bag. Sushi Roll looks at me with a mouthful of fish that must have still had some spices on it the way his eyes were watering, but he isn’t willing to give up that piece. A little pain and discomfort are worth it for such mouthwatering pleasure. In our lust for food, we forget ourselves and are scooped into human hands. I look at Okono who is hissing and trying to wiggle free. I begin to do the same, but these humans know how to disarm us. We are placed in cages, which have some food and water in them. To my surprise, I get a whiff of salmon. Usually, humans insist on that dry, sand-tasting food, but these guys know how to win over a cat. Well, other than the whole grabbing us from behind and shoving us into a cage maneuver. I might be more forgiving than my friends.

“What’s gonna happen to us, Takeo?” Sushi says in a voice I’ve never heard before. To hear him tremble takes me aback for a moment. They depend on me to know more about humans, but in this case, I have no idea.

“Probably just mad at us for digging through the trash and we’re being moved. They’ll just take us a ways and drop us somewhere else. I’ve heard of it happening to other cats.” I say reassuringly but not with certainty.

We get put in a van and the humans are talking in those baby voices they do when they see something cute to them. I find it both endearing and condescending. Sush and Okono are both looking at me, but I’m only good at getting some extra snacks.

“It’s okay little guys. We aren’t here to harm you.” Says the guy bony fingered human who ruined my meal and threw me in a box.

The sunlight is blinding for a millisecond as the van door opens and our cages are carried into a cold, brick building. In one sniff I know we’re at! Why would they bring us here? “Sush, Okono I know where we’re at by the sterile smell. My humans used to bring me to a place like this. It’s the vet.”

They stare at me in disbelief since they have only heard stories of the vet.

“Yeah, really it is. They are all nosey and put things where they don’t belong.” I tell them omitting the embarrassing thermometer story.

“Well, we’re not letting them do anything to us. When they open your cage, scratch, and run. I’ll see you, boys, on the other side.”

They both look at me wearily and panic is all over their faces when we are taken into separate rooms. I’ve underestimated these humans. We’re on our own.

The vet enters the room clicking his tongue in a hypnotic pattern. “It’s okay, bud. We will have you out of here in no time.”

I’ll have myself out of here in no time before you stick that thermometer where it doesn’t belong. Humans can’t ever keep their hands to themselves. Speaking of hands, this guy has big, furry monkey paws. I’ve never seen such fur on human hands. He opens the most savory smelling container. Maybe this won’t be so bad. What’s a little momentary discomfort? His furry hand reaches for my cage and for a moment I consider scratching him, but the smell of the food overtakes all of my primal instincts.

The cage opens and I go straight to the savory dish. Right as I get there I feel a sharp pinch on my leg and then dark.

Sush and Yuki are just waking up. I wobble a bit as I stand. There’s an empty pain between my legs. They put us in a room while we were sleeping with all sorts of things we would never play with.

He rolls over with laughter. “What is it? What did they do?”

Through ear-splitting guffaws, he says, “Your nuggets are gone!”

Then he gets quiet as he realizes he feels some discomfort too. “Oh no! They didn’t. Did they? No, no, no don’t tell me.” He sits down, then spins and sits down again. “Aw man, they did. They took our nuggets, man.”

Okono has been quiet until now, “I had never thought of being a father until now.”

We both look at him flabbergasted, “Okono, you have 23 kids. What are you talking about?” I say.

The doctors come in, check us out and cram us back in cages. We put up a good fight though. Sush even knocks the glasses off of one of their faces. They’ll remember us for quite some time. We are placed back in the van and they drop us off where they found us and leave 3 cans of fish, which is the least they can do.

We have no idea why humans stick their noses and snippers where they don’t belong but that’s just how it is. Other than being shooed off now and then, no one bothers us. Life is still good on the streets. I hustle people out of eating their entire lunch and then scoop up a nice meal behind the new Nepalese restaurant with Sush and Okono.

Author’s note: This absurdity was inspired by my time living in Japan and noticing the large number of stray cats roaming the streets. When I asked a friend they explained that quite a few people get cats then don’t want them anymore and of course, they reproduce. There are a couple of organizations that spay or neuter them and then return them to the streets because they don’t have enough space for them in shelters.

More stories from Ryan McCombs and writers in Petlife and other communities.